Luck Hits Setback; Should The Colts Be Bigger Longshot To Win AFC? 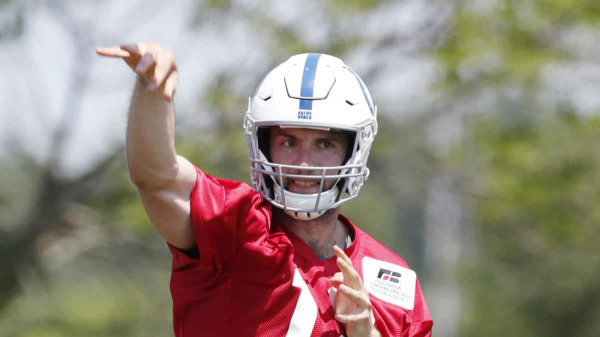 The Indianapolis Colts are poised to be one of the top teams in the AFC this year, but it all hinges on the health of star quarterback Andrew Luck. It was revealed Tuesday that Luck is unlikely to play in any of the Colts’ remaining preseason games after tests done earlier this week showed Luck is now dealing with a high ankle issue.

This newest development in Luck’s lower leg injury, which began as a calf strain, has also placed his availability for the regular-season opener against the Los Angeles Chargers in jeopardy. That game will take place on Sept. 8.

With a setback to his original injury, Luck is now set to miss the majority of practice time leading up to the 2019 season. We’ll have to wait and see how that impacts a Colts team that went 10-6 and was a scary playoff team in 2018.

So, should this injury scare for Luck hurt the Colts’ odds?

With the majority of those teams playing in the NFC, the Colts are behind only Kansas City and New England as favorites in the AFC.

When it comes to the conference title, the Pats and Chiefs are tied yet again with 3-1 odds. Directly behind those two powerhouses sit the Colts at 5-1 odds, followed by the Browns and Chargers at 8-1.

Those kinds of odds set Indianapolis’ goals at a very lofty height this year, due in large part to how well their running game came along last season, but a damaged Luck could easily spell disaster for the AFC South club.

Luck is no stranger to injuries and setbacks to those injuries. After leading the Colts to the playoffs in each of his first three seasons, Luck suffered a shoulder injury early in the 2015 season, and his recovery seemed to go on forever.

With numerous setbacks to his shoulder rehabilitation and other injuries, Luck has missed 27 games in his career, including the entire 2017 season. If this lower leg injury follows in the footsteps of the shoulder injury, we could be witnessing only the beginning of an issue that could hinder Luck all season.

For last year’s Comeback Player of the Year, another long-term injury spell would be hard to swallow. For the Colts, expectations would have to be significantly decreased if Luck isn’t on the field for a significant stretch of the season.

While Colts fans have plenty of reasons to be excited about the 2019 season and their team’s chances to reach the AFC Championship Game, it’s fair to say this injury should be equally as troubling. Without Luck, the Colts would be missing his 4,593 yards and 39 touchdowns from a season ago.

In his place, Jacoby Brissett would be the likely starter. Brissett started 15 games in Luck’s place in 2017 in a season that didn’t go well at all. With a record of 4-12, the Colts were one of the worst teams in the NFL without Luck.

And even if Luck only misses a small portion of the season, the Colts with Brissett can’t afford to give up much ground to the division-rival Texans, who won the AFC South last year with a record of 11-5, and Titans, who finished directly behind Indy with a record of 9-7.

Given Luck’s injury history, the number of quality teams in the AFC, and Indianapolis’ track record without Luck, it’s fair to say the Colts should be a bigger longshot to win the AFC than their third-best 5-1 odds.