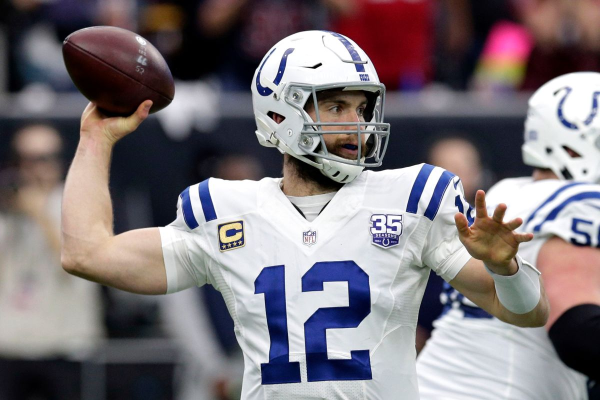 The Indianapolis Colts had a bounce-back season in 2018 that saw them win 10 regular-season games and a playoff game. The Colts were finally able to get quarterback Andrew Luck back on the field, and he led his team back into the postseason. Indianapolis returns much of the same roster from a season ago, and there is plenty of optimism surrounding the Colts heading into the 2019 season. The health of Luck will still define the season for the Colts, but they do have a solid team outside of their superstar. Frank Reich is the perfect coach for this underdog team that looks to take the next step this season.

Indianapolis went 10-6 during the 2018 regular season to finish in second place in the AFC South. The Colts were able to earn a Wild Card berth in the AFC, but this team is hoping for a division title this season. Indianapolis went 9-8-1 against the spread a season ago, which was right in the middle of the pack in the NFL.

The Indianapolis Colts didn’t make a lot of moves in the offseason, but they did bring in three players who should make huge contributions in 2019. Defensive end Justin Houston comes to the Colts from the Kansas City Chiefs and should help an already solid defense. Running back Spencer Ware and receiver Devin Funchess give the Colts a pair of weapons on the offensive side of the ball.

Andrew Luck: Andrew Luck had 39 touchdowns to just 15 interceptions a season ago and threw for over 4,500 yards. More importantly, Luck was only sacked 18 times, and keeping him from getting hit will be a huge key for the Colts.

T.Y. Hilton: T.Y. Hilton remains the top wide receiver on the Colts roster, but he does have some talent around him. Hilton caught 76 passes for 1,270 yards a season ago, but only managed to find the end zone six times. Injuries have plagued Hilton in recent seasons, and the Colts need him on the field.

Darius Leonard: Darius Leonard came out of nowhere to lead the Colts defense with 163 tackles a season ago. Leonard is the leader of a defense that played really well at times last season. Signing Justin Houston should give Leonard more room to make some plays.

Rookies: The Indianapolis Colts had an interesting 2019 NFL Draft that didn’t see them take many big names. Wide receiver Parris Campbell could see the field in 2019, but he might be the only rookie to have an impact.

A lot of things went right for the Indianapolis Colts in the 2018 season, including keeping their star quarterback healthy. Andrew Luck is already battling several injuries in the preseason, and his health will be a huge question mark. The Colts do have a ton of talent, but they feel like a team that is going to take a step back this season. Bet under 10.0 wins at -140 this season for the Indianapolis Colts. Even though the Colts are the favorites to win the AFC South Division, it just doesn’t feel like a wise bet to make. Indianapolis could still sneak into the AFC playoffs, but they aren’t going to be as great as many people are predicting.