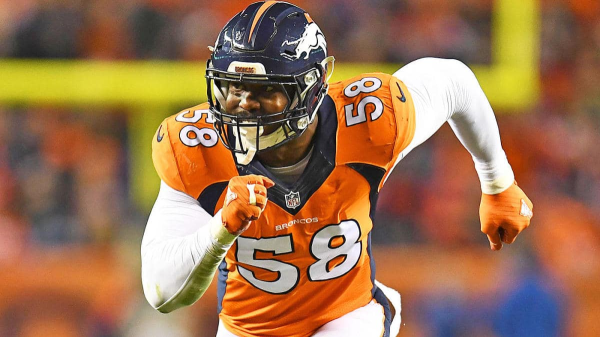 NFL Week 1 concludes with a pair of Monday Night Football matchups. The second of the two, an AFC West battle between the Denver Broncos and the Oakland Raiders, is what we’re looking at. It is a rivalry that was dominated by Denver during the first half of this decade; however, it has been incredibly even in recent years.

The two teams have split their meetings over the past four seasons, with the Raiders winning the most recent matchup last December in Oakland. In fact, the last time the road team won this matchup was when the Raiders won in Denver in December 2015. Earlier that season, the Broncos won in Oakland, their last time doing so.

Here is a look at each team heading into this game, including the biggest keys and who is leaving Oakland with a win.

Fresh off a disappointing season, the Broncos made sweeping changes for 2019. Vic Fangio is now the head coach after leading last year’s top-ranked Bears defense to the playoffs, and former Super Bowl winner Joe Flacco is the new starting QB.

Along with 1,000-yard rusher Phillip Lindsay, Denver has the makings of a team who is going to try to win games by running the football and being dominant on defense. The defense still features All-Pro edge rusher Von Miller and the promising Bradley Chubb, as well as Pro Bowl corner Chris Harris Jr., who has a couple of new partners in the secondary in Kareem Jackson and Bryce Callahan.

Denver will hope to establish the run early. Expect Lindsay to get a good amount of run against a Raiders team that ranked 30th last season in rushing yards allowed. With the running game established, Flacco should be able to throw the deep ball to Emmanuel Sanders or Courtland Sutton, two above-average receivers who can stretch the field.

However, Flacco is not the top-tier QB he once was, so he’ll have to avoid turnovers and be smart with his decision-making. In addition, putting pressure on Derek Carr will be key, as he is a good enough passer to beat a secondary if he has a clean pocket.

After being in the headlines for all of the wrong reasons, the marriage between Antonio Brown and the Raiders is finally over. It was a tenure filled with frostbitten feet, helmet displeasure, and a fight with GM Mike Mayock, all before Brown asked for his release, which was quickly granted.

Now with the drama behind it, Oakland will look to move forward with a team that has a lot of new pieces, including three first-round picks from this past draft. However, Jon Gruden is back for his second year, and Carr is once again under center, providing some stability that is badly needed.

Just like Denver, Oakland will likely want to run the ball early and often. Denver had the 21st-ranked rushing defense last season, which was exploited by the recently-cut Doug Martin in last December’s game. Rookie Josh Jacobs will start and should run up the middle often to avoid the Denver edge rushers.

With Brown out of the picture, former Charger Tyrell Williams elevates to being the No. 1 receiver, but he will likely be shadowed by Harris. When Oakland does throw the ball, I expect they’ll look in the slot to a guy like rookie Hunter Renfrow, or to tight end Darren Waller. The Broncos were one of 10 teams last season to allow 1,000 yards to tight ends.

Most books have Denver pegged as a three-point favorite on the road, given the headline-filled couple of weeks that Oakland has recently experienced. To win, the Raiders must rely on their tackles Trent Brown and Kolton Miller to contain Denver’s elite rushers. But I think they’ll be able to get the job done well enough to allow Carr to run the offense and put some points on the board. I also think the Raiders defense forces a couple of turnovers from Flacco. In a tight game, I’ll pick the Raiders +3, winning in Week 1 by a score of 20-17.