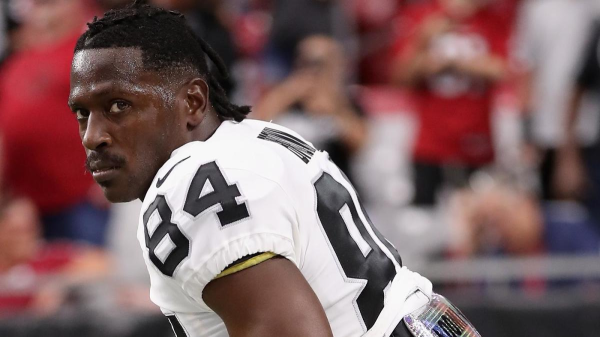 The Antonio Brown in Oakland era may be over before it started. Here’s why.

First, it was a helmet, now, with a suspension looming — completely out of left field — it’s very likely we may never see Brown actually don the Raiders uniform and take to the regular season in 2019.

One of the most harrowing aspects for Raiders fans is the fact that the drama has superseded the actual football product itself. Between the brand-new season of a certain infamous reality television drama on a certain premium cable channel and these repeated incidents, the Oakland Raiders are facing a morale crisis.

For a team that lost one of its defensive anchors in Khalil Mack prior to last season and is still trying to rebuild under head coach Jon Gruden, the Gruden era, which was heavily hyped and highly anticipated, has been nothing more than a dog-and-pony show thus far.

With the acquisition of Brown, who himself had left the Pittsburgh Steelerson not-so-cordial terms, it doesn’t exactly make the present drama that’s occurring in Oakland all that much of a surprise, but that said, fans are still wondering what went wrong.

Shout, Shout, Let It All Out

According to eyewitnesses, the recent breaking point between the Raiders and Brown started in the aftermath of the helmet fiasco, where Brown was threatening to quit professional football forever if the NFL didn’t grant him the ability to wear a now-banned helmet, which he preferred in terms of visibility and fit. While he eventually acquiesced to the requirements of the NFL, Brown has now started a brand-new spectacle with current Raiders GM Mike Mayock, who is a renowned personality across the league, not only for his television talents, but also, the high esteem in which he’s regarded by colleagues in the community, particularly those on the front-office side of the spectrum.

While it is unknown as far as what was specifically said by both parties, multiple sources have alleged that Brown threatened to punch Mayock in the face, and he punted a football while using profanity, daring Mayock to fine him and issue penalties. At that point, Brown reportedly stormed off the field. The incident not only shows utter contempt and disrespect for the front office, but to do it in such a public manner may test the resolve of Mayock, particularly if he feels he has to save face.

While the Raiders are still mum on any possible consequences, the rumor mill has it that he is very likely going to face a suspension of some sort in the light of these events.

At the end of the day, is it worth the headache? In some ways, no, it isn’t. The Raiders are a football team badly in need of a brand-new identity, and while they seemed to be on track to shedding the label as the most incompetent and poorly-run franchise, they are presently doing a poor job of losing that reputation. In fact, if anything, the Antonio Brown in Oakland saga has only exacerbated existing issues, making it all the more likely that we may very well see the end of Brown in a Raiders uniform. This is particularly due to the fact that a suspension not only voids $30 million guaranteed in his contract but also, it obviously removes his presence from the roster, which has thus far, been more of a net negative than any good.

While the Brown experiment may very well just be in a rocky phase, thus far, between the media attention, the lack of on-field production due to his off-the-field shenanigans, a separation and ceasing of relations may be exactly what the doctor ordered for both sides in this fiasco.