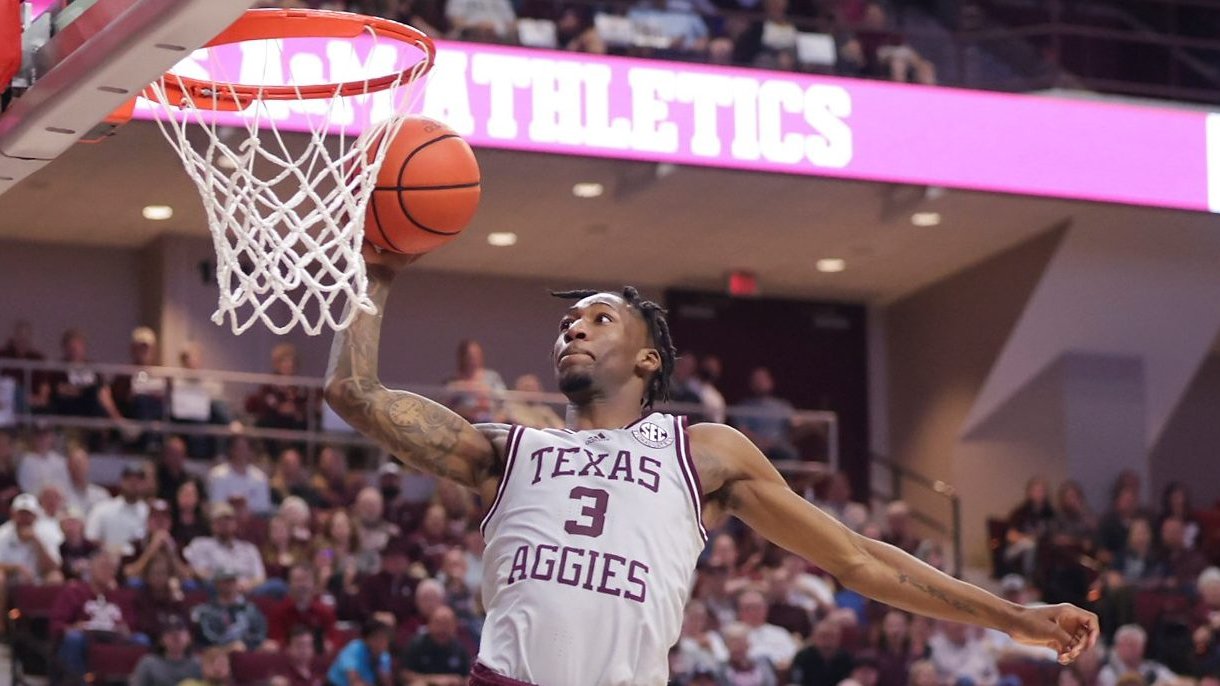 While two former champions square off in the first semifinal of the 2022 NIT (St. Bonaventure vs. Xavier), the other semifinal, between Washington State and Texas A&M, features two teams seeking a first NIT title.

The Cougars, who advanced out of the SMU quarter of the 2022 NIT bracket, are in the NIT semis for the second time. Last time they reached the semis was in 2011, when Klay Thompson and the Cougars suffered a 31-point loss against eventual champion Wichita State.

Texas A&M, meanwhile, is in the NIT semis for the first time. The Aggies are the only #1 seed to make it to MSG, as Dayton, Oklahoma, and SMU all lost in the second round.

Both Washington State and Texas A&M have a guard capable of putting up big points.

For the Cougars, it’s senior Michael Flowers, formerly of Western Michigan and South Alabama. Flowers is averaging 14.4 points per game for the season and went for 22 at SMU and 27 at BYU.

For the Aggies, it’s junior Quenton Jackson. Jackson, who is averaging 14.5 PPG this season, is averaging only 13.0 PPG in A&M’s NIT games. But he has scored 15+ points 17 times this season, including 31-point performances against Central Arkansas and Georgia.

Defense is the biggest reason for NIT success for both teams, however.

Washington State’s run has been rather impressive. In the first round, they completely shut down a Santa Clara team that averaged over 77 points per game this season and was one of only five teams (Colorado State, Gonzaga, San Francisco, Santa Clara, and UCLA) to score 70+ points against Saint Mary’s this season.

They followed that win up by handing SMU its first home loss of the season and BYU’s first against a non-NCAA Tournament team (their other two home losses this season were to San Francisco and Gonzaga).

While the Aggies had the opportunity to play their first three NIT games, their run to the semis was also notable, as they won each game by double digits.

As mentioned in the preview of the St. Bonaventure vs. Xavier semifinal, NIT semifinals are mostly low-scoring games.

With how Washington State and Texas A&M have defended thus far in the NIT, should we expect otherwise for their head-to-head showdown? Of course, now this means that they will probably have a 93-90 game, but I’m willing to take that risk and go with the most sensible play, both with recent NIT history and the recent play of both the Cougars and Aggies.