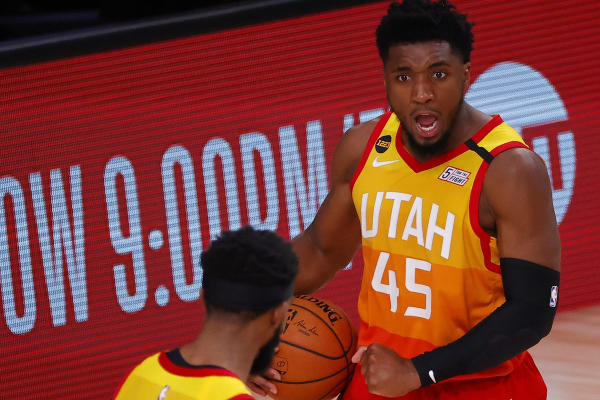 There is nothing like a Game 7 to cap off what has been an excellent NBA postseason series. After going down three games to one, Denver has reeled off two straight victories, and now Tuesday is for all of the marbles as Utah and the Nuggets meet up in a game 7. Tipoff is at 8:30 pm ET, from the Advent Health Arena.

In Game 6, the Nuggets were able to down the Jazz 119-107 behind an unbelievable performance from guard Jamal Murray. He went for 50 points on 17 of 24 shooting, including 9 of 12 from behind the arc.

Nikola Jokic also had a solid game for Denver as he posted 22 points, 4 rebounds, 9 assists, and 3 steals in the victory.

Donovan Mitchell was great in the loss as he went for 44 points, 6 rebounds, 5 assists, and 3 steals. Mike Conley was also solid with 21 points, 5 rebounds, and 6 assists.

On the offensive side, these two are pretty similar. Utah ranks 16th in the NBA in points per game at 111.9. The Nuggets come in at 18th averaging 111.6 points per game.

On the defensive end, it is once again the Jazz who hold a slight edge. They rank 10th in points allowed per game at 109.3. The Nuggets are 13th, allowing opponents to score an average of 109.9 points per game.

The Utah Jazz know that they have squandered a massive series lead. As Donovan Mitchell left the court after Game 6, you could see the frustration brewing as he kicked a chair on his way back to the locker room.

It is not for lack of effort, either. Mitchell has been brilliant in this series. He is averaging 38.7 points on 54.8% shooting through six games, 4.3 rebounds and 5.5 assists per game. The problem is that his surrounding cast has been inconsistent at best.

It is not to say there haven’t been contributors. Mike Conley is averaging 22.8 points in four games this series with 4.8 assists. Rudy Gobert has also shown spurts as he is averaging 16.5 points and 10.3 rebounds. Lastly, Jordan Clarkson (17.8 points, 3.5 rebounds) has stepped up off the bench.

Nuggets Hope To Make It Three In A Row

After allowing the Jazz to win three in a row to take a commanding lead, most wrote the Nuggets for dead in this series. Denver is now trying to reverse roles by winning three in a row themselves and taking this opening-round series.

To do so, they have been relying on outstanding performances from both guard Jamal Murray and big man Nikola Jokic. Through the six games, Murray has averaged 34 points, 6.2 rebounds and 6.7 assists. Jokic has also been solid, putting up 25.7 points, 7.2 rebounds, and 5.7 rebounds.

Nuggets Win And Move On

When you look at the betting line, this is practically a pick’em game as both teams are certainly capable of winning. Game 7 is a matchup of star guards as both Mitchell and Murray have carried their respective teams.

For my money, though, I have to go with the momentum, and that is absolutely with the Denver Nuggets. Murray has genuinely played like a superstar in the last few games, and in a league of superstars, I like the pairing of Murray and Jokic better than Mitchell and anyone else from his surrounding cast. I am taking the Nuggets both at -116 and -1 on the spread.