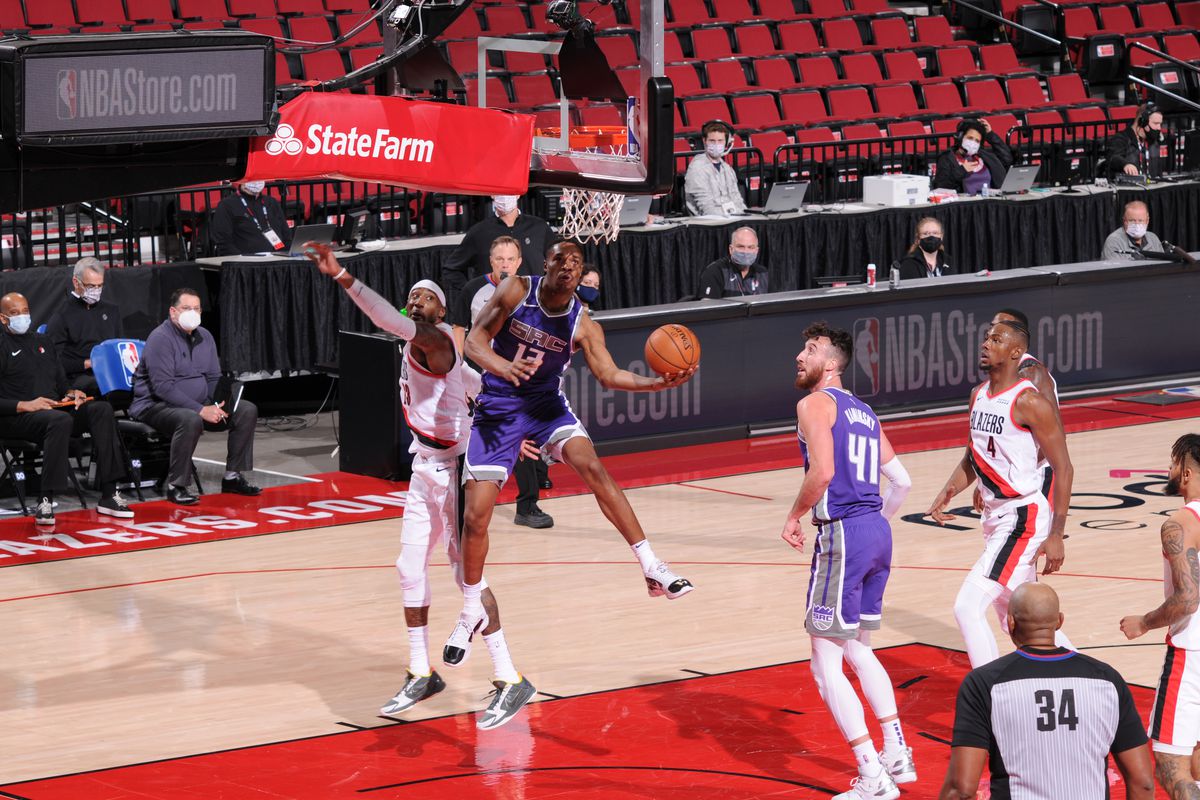 Points are not likely to be a problem tonight in Sacramento, as two of the NBA’s worst defenses will take the court. The Kings (4-5) host the Portland Trail Blazers (4-4) looking to get back to the .500 mark, with tonight’s matchup tipping off at 10:00 pm ET/7:00 pm PT. Fanduel’s NBA betting odds see the visitors favored by 4.5 points.

The teams will be getting rather familiar with one another over the next several days, as they will meet once again in Sacramento on Wednesday night. How might tonight’s matchup play out? Here’s a look at both teams and a few handy basketball betting tips.

A road win over the Lakers and a 25-point win at Golden State shows what the Blazers can be when everything clicks. But there are already two 20-point losses on their ledger, along with a home loss to the Chicago Bulls that saw Portland blow a 20-point lead.

Their star duo is one of the best in the league, but the Blazers’ NBA futures odds will not improve if their defensive efforts continue to be an issue. On the season, they are allowing 118 points per game, which is 26th in the league. They have already allowed 120 or more points four times, including 137 at Golden State two days after routing the Warriors by 25.

The Kings got off to a nice 3-1 start but have since won only one of five. Their best days are ahead of them, with age on the side of most of their core.

But fulfilling that prodigious potential is a tough ask when enough stops are not being made on the defensive end. The Kings are allowing an average of 120.6 points per game, which is 28th in the league. Their point differential is the second-worst in the league, at -6.7. Last night, they hosted the Toronto Raptors and gave up a season-worst 144 points in a 21-point loss. They actually led 74-71 at halftime, but they were not able to keep it up after the break and were outscored 73-49 in the second half.

Beyond their defensive struggles, guard Buddy Hield, who is averaging only 15.1 points per game, is not shooting well. He has not hit 50% or better in any game and is shooting 35.1% from the field and 34.4% from three. Both of those are well below his career averages, which were respectively 44% and 41% coming into this season. If he can find his stroke, the Kings will fare a bit better even with their defensive deficiencies.

Player props for the visitors stand out when it comes to the best NBA bets for this matchup.CJ McCollum to score 20+ points and the Blazers to win at +116is good value, given the above note about McCollum scoring at least 20 points in every game so far.McCollum to hit 3+ threes and the Blazers to win at +122is also good value, as McCollum has hit at least three threes in seven of eight games.

When it comes to aside, you’re better off keeping your money in your pocket with this one. That said, the over cannot be passed up, whatever it is. Such confidence means that it will probably end up being a 97-95 kind of game, but that is a risk worth taking. A Portland win is the likeliest outcome, but hitting the performance props is a better investment than either side.

Tip: Pound the over