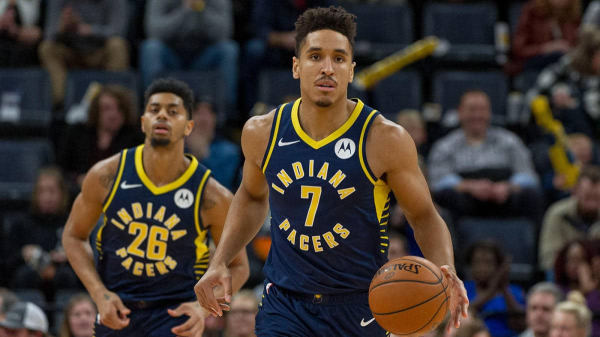 Afternoon basketball gets underway in Indianapolis on Tuesday as the Indiana Pacers (21-12) welcome the Philadelphia 76ers (23-12) for a New Year’s Eve matinee. The Sixers have dropped two in a row, including a thrilling overtime loss to the Heat on Saturday, while the Pacers have also lost two in a row, one of which was a 22-point loss to the lowly Pelicans.

Here is a preview for this NBA matinee, along with odds and a free pick.

We’ll start with the 76ers, who come into Tuesday’s game ranked 17th in the league with 109.9 points per game. However, they’re rather efficient when they shoot, sitting with the fourth-highest field-goal percentage of .472. Philadelphia also ranks in the top 10 in total rebounds and fifth in assists per game.

On defense, Philadelphia allows 105.1 points per game, the fourth-lowest total in the league. The 76ers have held their opponents to a league-low 9.7 threes per game, the only team in the NBA who allows less than 10 threes a game.

The Sixers also average the third-most steals with 8.6, making them a team that’s tough to defend but even tougher to score against.

As for the Pacers, they’re one spot below the 76ers in points per game, averaging 108.9. Their field-goal percentage is also very good, coming in seventh at .466. In addition to ranking in the top 10 in three-point percentage, Indiana is also top 10 in assists and one of six clubs to have a team free-throw percentage above 80 percent.

The similarities between these teams continue on defense, where the Pacers are barely worse in points allowed than their opponents Tuesday. Indiana is sixth in points allowed with 105.7, holding opponents to just 43.8 percent from the field. Their good defense and lack of turnovers on the offensive end make the Pacers a team who can compete with anyone.

Over the weekend against the Heat, Philadelphia’s Joel Embiid put on a show. The big man averaged 35 points and pulled down 11 boards, and now averages a team-high 23.7 points and 12.4 rebounds this season.

Point guard Ben Simmons had another good outing, going for 15 points, 11 rebounds and seven assists in the loss. He’s fourth on the team in points with 14.4 but leads with 8.7 assists and 2.2 steals. These two players are the main ones to watch in this one, along with the veteran Tobias Harris, who is averaging just under 20 points per game.

The Pacers have been struggling of late but will get a big boost with Malcolm Brogdon back in the lineup. In his first season in Indiana, Brogdon leads the team with 18.3 points and 7.6 assists. He has missed the last three games with an injury but should be ready to go against Philadelphia.

He’ll be joined by big man Domantas Sabonis. The fourth-year big man had 15 points and 16 rebounds over the weekend against New Orleans and is now up to 17.4 points and a whopping 13.4 rebounds this season. Those two players, along with veteran T.J. Warren, are the main ones to watch for Indiana.

These teams are fairly even across the board, and both have very similar momentum, or lack thereof, coming into the game. However, it’s the road team getting some love by the sportsbooks, as Philadelphia is a -1.5 favorite on the road.

However, I’m going with the Pacers to pull this one out. The return of Brogdon helps them tremendously and will improve their shooting from three that they’ll need to win. I think Indiana will get back on track defensively as well, especially at home, where it’s 14-3 and going against a team that’s 7-10 on the road. So give me the Pacers +1.5 to end 2019 with a win.