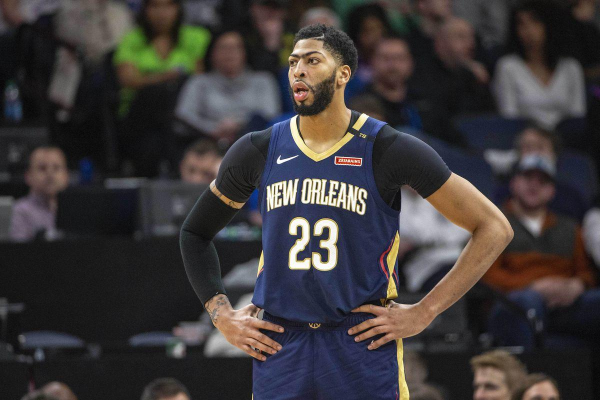 The New Orleans Pelicans head to Portland to take on Damian Lillard and the Trail Blazers in what should be a great uptempo game. The Pelicans come into this game off of a close loss to the Warriors on national television. They scored 140 points in a loss, which is both a good and a bad sign moving forward. The Pelicans are getting basically 100% healthy, which makes them a much better team than they have been most of the season. The Trail Blazers are coming off of a big win over a horrible Cleveland Cavaliers on the road. Damian Lillard was questionable leading into that game, but he did play, and I expect him to play in this game without issues. Maurice Harkless is questionable. If he doesn’t play, I expect Evan Turner to take the biggest step up in the rotation.

The Pelicans also notably run their guys a lot of minutes, so I think the lack of depth affects them less in one game than it would most teams. The most encouraging thing that happened on Wednesday when they had a rough loss to the Warriors was the rotation. We saw Mirotic, Randle, and Davis on the court at the same time. I have been calling for this for a long time. I understand that Mirotic defending a small forward isn’t optimal, but E’Twuan Moore is? Moore is 6’4 194 pounds. I’d rather have Miro’s size on KD if I had to choose. I hope that we see this more often from now on. Those are clearly their 5 best players, and that is what every team should close with. We have seen the Warriors change the league by playing Draymond Green at the 5 and playing Andre Iguodala late instead of one of their bigs. Why? Those have been their five best players. Make other teams stop your five best players.

The Trail Blazers have a good record and are currently sitting at third in the Western Conference. I have been incredibly disappointed in C.J. McCollum this season, but I think that a lot of it has to do with the coaching. The Blazers want Evan Turner to “run the second unit.” I understand that, but this has forced Terry Stotts to stop staggering C.J. and Dame. I think that they should ALWAYS have one of their two best players on the court and I think eventually they will revert to this in big games.

Jusuf Nurkic has harnessed his talent and become MUCH more consistent. Nurkic is a really large body that is incredibly talented. We have seen him post a 20/20 game with 5 or more assists, steals, and blocks. He just recorded a triple-double as well. I think that Nurkic’s effectiveness and ability to stay on the court with 3 talented frontcourt members coming at him all game will really determine how the Blazers do.

The line on this game is -2.5 Portland. This line seems strange because the Blazers are at home and have a significantly better record. That being said, I think I still like the Pelicans here. Jrue Holiday being an elite guard defender will help limit one of Lillard and McCollum and keep them in check. I think that Nurkic could be at risk of foul trouble as well. I think there are more paths for the Pelicans to win this game, so give me the Pels (+2.5).