NBA News and Notes: Hottest Players in the League 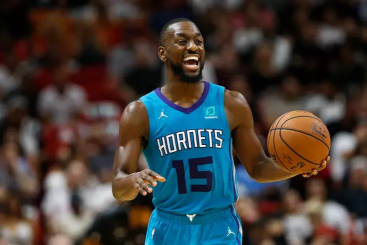 As we wind down the final stretch of the season, the western conference’s top eight has already been decided. But a battle is brewing between three teams who would love to advance, in the Magic, Hornets, and Heat. As all this goes down, we examine the hottest players in the NBA right now, including a Charlotte Hornet.

Beginning in Charlotte, we examine Kemba Walker. He had a 60-point effort at the start of the year and has had some masterful performances. There are not many players in the league you would want as your primary scorer more than you want Walker. In the team’s last four games, all wins, he has gone for 30+ three times, and though he struggled with his shot against San Antonio, he grabbed eight rebounds and dished out 13 assists. He has had 9+ assists in each of the past three games, helping his teammates get open looks.

Grizzlies big man Jonas Valanciunas is proving to be one of the most talented bigs in the league. After the Raptors dealt him here in the Marc Gasol package, as soon as JV got healthy, he started tearing it up. He’s scored 20+ points in five of the team’s past six games, grabbing double-digit rebounds five times (incl. 24 against the Magic), and he’s averaging 2.75 blocks a contest over the last four. He is a player who was coming off the bench and getting limited opportunities behind Serge Ibaka with Toronto’s revamped lineup, but Memphis has proven to be a perfect fit.

We know he’s a talented big man, but it is extremely surprising to see JV playing like one of the best in the league for a given stretch. Toronto had tried to trade him for years, and he’s likely thanking his lucky stars right now for being given such an opportunity.

Over in Phoenix, the losses have continued to pile up. There is not a coach who can deliver consistent wins there. However, they do have one of the best scoring guards in the NBA on their roster, and over the last two games, the world has been reminded of that. Becoming the youngest player to ever post back-to-back 50-point games, Devin Booker has put the league on notice again. He shot 19-34 from the floor and put up 59 against the Jazz. Two days later against the Wizards, he had 50 points and 10 boards. He shot an incredible 19 for 29 in the win last night.

Phoenix has the worst record in the west, and it isn’t even close. If Booker ever makes the playoffs, he will be must-watch television. The team just can’t seem to win when he dominates though, being destroyed as well by Boston on the night he scored 70.

We finish in Cleveland with a red-hot rookie. Collin Sexton has scored 20+ points for the Cavs in nine of the past 10 games, scoring 18 against the amazing Bucks on the one day he came up short. Even more impressive about Sexton has been his three-point shooting. He seemed to prefer the long two earlier in the year, but he has hit multiple threes in nine of the games. He’s hit 36 of 72 threes in this stretch and has found his groove.

He is a big part of the Cavs future, and seeing him knock down shots at this high rate should be giving CLE fans a whole lot of hope. Clarkson and Sexton have turned into the “Bucket Brothers” for this team. He has also not missed a single game all year. Durability is his strong suit.