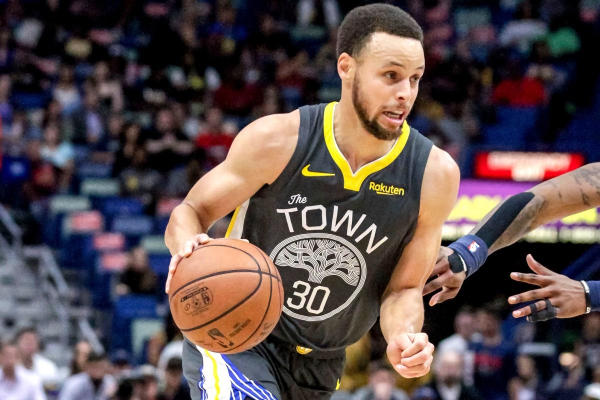 Kawhi Leonard and the Toronto Raptors are in the Bay area to take on Steph Curry and the Golden State Warriors in game 3 of the NBA Finals in the final season of Oracle Arena. The Raptors jumped out to a 1-0 series lead last Thursday night in Toronto, but the Warriors were able to tie the series up at 1 a piece with a win on Sunday night. Both of the first 2 games have been relatively close and I expect the same throughout the series. This game will air at 9:00 pm EST on ABC.

We saw the game 3 line open up at -5.5 in favor of the Warriors and that line has since changed as Kevin Durant was ruled out yesterday afternoon. Klay Thompson did speak to the media and he is currently listed as questionable. Klay did say that, “It would be hard to see me not playing.” there was some footage of Klay shooting around at practice yesterday where he was relatively mobile and wasn’t laboring really hard to get into the air on his jumpshot. Klay’s injury was listed as hamstringtightness, which should just produce soreness if that is simply all that did actually happen. I believe that the line now reflects the idea that Klay will attempt to play, although we do not know how effective he will be.

The most overlooked part of this series was the addition of Boogie Cousins into this Warriors lineup and I understand why. Boogie was not great in the regular season while working his way back and I think some teams exposed him on the defensive end of the ball. As we saw in game two, Cousins is still an extremely talented player that I think will be the key to game 3 tonight. I loved this particular spot for Cousins because the Raptors don’t play this isolation-heavy style where they set screen after screen to create mismatches and then attack the worst defender on the court. This is why we have not really heard about Cousins and Curry being “bad defenders” throughout the series. If the Warriors we playing DeMarcus Cousins, we would see them set 12 screens a possession for Steph to get Cousins matched up on him, only to hit a stepback 3 or drive past him or easy points. Toronto only has one guy that like to do that, his name is Kawhi Leonard, but it still isn’t a big part of their offense. I think a lot of people were surprised about the effect Cousins had on game 2 and I expect even more from Cousins moving forward without Looney and a potentially hobbled Klay.

The Raptors have done a relatively good job of containing Steph Curry with Fred VanVleet and I expect them to implement similar strategies moving forward. The matchup with VanVleet is not against an elite defender, but VanVleet has a unique skill set that makes him a great defender against Golden State. FVV is elite at slipping around screens and sticking with his man, which is often how Steph and Klay create space. Steph can go off at any time, but the Raptors have shown that they are all in on stopping Steph.

The Raptors offense doesn’t have a lot of noticeable changes to make. I think that the Raptors are who they are and they will be similar in most of these games. We saw Siakam go off in game 1, but I don’t think we will see that again unless the Raptors have a huge game out of someone else before it. Siakam takes advantage of lazy defense and has been really good when he is forgotten about. When he scores 30 points, we see teams hone in on him a bit more and he goes back towards his averages.