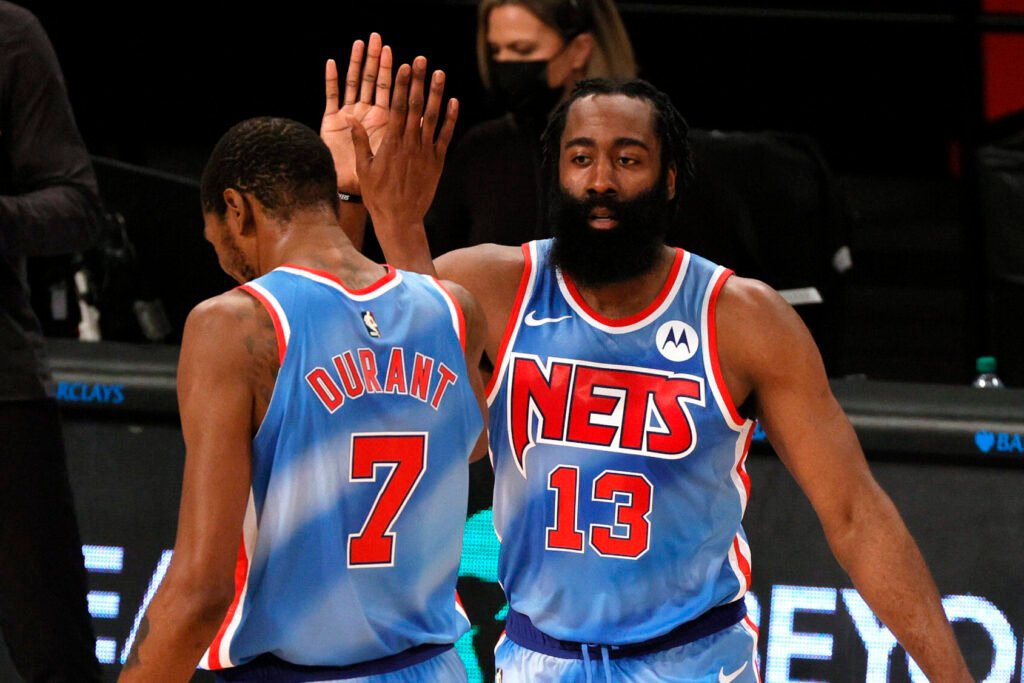 Coming into the season, the defending champion Los Angeles Lakers were understandably listed at the top of NBA championship odds. Almost a month into the season, the Lakers have not done anything to diminish that status. Monday night did see them lose a 19-point lead and the game against Golden State, but the 11-4 Lakers still boast the league’s best record.

It will take a lot to dethrone the Lakers this season, but there are several hopefuls. One of them, the Brooklyn Nets, enhanced their chances last week by trading for James Harden. Harden has hit the ground running, which is a scary proposition for the league.

With so much action left to play out, NBA odds are sure to see a lot of fluctuation. For now, here is a look at where things stand.

Odds via Fanduel as of Tuesday, January 19

The Lakers continue to have the best NBA championship odds, but for how long? Not only has the Harden trade moved the Nets past the Bucks, it has significantly tightened the gap between the Lakers and the rest of the top contenders.

The Lakers did not stand pat after winning the NBA Finals in October, making moves that have strengthened a roster that includes two of the biggest names in the game in LeBron James and Anthony Davis, who are unsurprisingly leading the way again. Two of the new additions, Dennis Schroder and Montrezl Harrell, sit third and fourth on the team in scoring.

The Lakers opened the season with a loss to the Clippers, just as they did last season. But win streaks of four and then five games have them at the top of the Western Conference standings.

A 4-4 home record makes for tough reading, but that is offset by a 7-0 road record. That perfect road mark is about to put on the line in a seven-game road swing. The cross-country trek sees the Lakers face Milwaukee, Boston, and Philadelphia. Will they still be ahead of the pack when they return home in a couple of weeks?

The Nets had high hopes for the season even before Harden was added, with Kevin Durant making his long-awaited Nets debut after missing last season due to injury. But the season started with inconsistent results and the distraction of Kyrie Irving making himself unavailable.

But things appear to be falling into place, which is encouraging for the Nets and discouraging for a lot of opponents. Monday night’s 125-123 win over the Bucks was their fourth in a row, the last two of which have come with their new star. Harden followed up a triple-double in his Nets debut by putting up 34 points, six rebounds, and 12 assists against Milwaukee, while Durant has tallied 72 points in his reunion with his former Oklahoma City teammate.

The star trio of Durant, Harden, and Irving will obviously carry this team and make the biggest difference in whether or not the Nets fulfill their heightened expectations. But the supporting cast was just as much of a difference against the Bucks. Deandre Jordan had a double-double, while Jeff Green and Joe Harris combined for 34 points and 9 of 12 shooting from three. If those kinds of contributions can continue, the Nets will have a strong argument to top the NBA championship odds, not the Lakers.

With other teams taking the headlines, it may be easy to forget about the Clippers. But they are off to a nice start. There was an early 51-point home loss to the Mavs, but that has been forgotten for now. In their last two games, the Clippers have shown their own ruthlessness, beating Sacramento by 38 and Indiana by 33.

The Bucks are yesterday’s news now that the Nets have the NBA’s newest Big Three, but that may well suit them better than the role of favorites has over the last couple of seasons, when they bowed out short of the NBA Finals as a #1 seed in back-to-back years.

They were unable to hang onto a late lead in Monday’s loss in Brooklyn, but lost in that small fact is that the Bucks were down by double digits in the second half and very nearly came back to win on the road. Not only that, but they nearly beat the Nets on the road with Khris Middleton, currently on the way to a career-best season, missing all five of his three-point attempts. If those instances are rare, and Giannis Antetokounmpo can start making his free throws, this could be Mike Budenholzer’s best team yet. But how far will that get them in a deeper Eastern Conference?