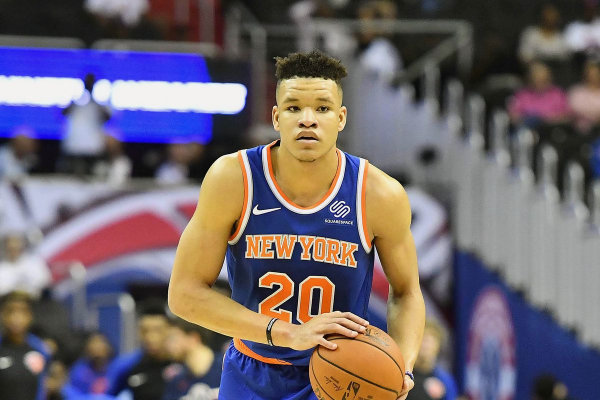 With all eyes fixated on the current NBA Finals, savvy futures bettors should have an “Empire State of Mind” when looking at next season’s NBA championship.

Sometimes, betting isn’t about the impulsive adrenaline rush that most bettors — both professional and casual — associate with gambling. Some times, you need to bet like a stockbroker. Rather than seeing tickets as bet-and-watch cash options, they can be long-term investments, sometimes up to a year.

If you bet on a futures ticket for the 2019-20 NBA season, you most certainly will have to wait a fair amount of time before you’re able to grade your ticket a winner or loser, for that matter. Regardless of how long you’d have to wait, a winner is a winner, so identifying value not only serves to find an inflated price to cash big, but it also serves to build up an array of hedging opportunities down the line, depending on how a given season plays out.

Among the best NBA futures bets, the best option is almost always the NBA championship. Betting the future Finals winner is not only an impressive feat, but it can be extremely profitable as many times, especially now, we are seeing a seismic shift in NBA teams.

While there are certainly a lot of potential Finals bets with a lot of value, among the most valuable could be the New York Knicks? Don’t believe us? Well, consider the following: New York Knicks: +1200

The New York Knicks have been a perennial dumpster fire. Between drama regarding owner James Dolan and consistently horrendous regular seasons, the Knicks haven’t been close to fielding a legitimate NBA Finals-caliber team in many years. But as with teams like the Boston Celtics of 2008 or the Miami Heat of 2011, a team can transform from laughing stock to blue-chip stock in a matter of hours — assuming the right free agent or lottery pick comes around.

Despite losing the Zion Williamson sweepstakes, the Knicks are already poised for future value simply from the fact they’re snagging a top-five lottery pick. While their projected selection won’t transform them into a world-class team overnight, it’s one more talented piece they get to add to their roster, thanks to the draft.

But the draft may not be the only place the Knicks will have value. From Anthony Davis to Kyrie Irving, and even current Golden State Warrior Kevin Durant, the Knicks are potentially poised to be the top free-agent winner of the offseason. If they can sign a big-time name like Irving or Durant, it would dramatically increase their value, not only as a team to watch but especially as a team to bet.

Aside from merely betting on the Knicks to win the championship, these acquisitions could also catapult them to favored status in their division as well as the conference. Their projected win totals (if you can find a book offering it this early) would also have value.

While the Knicks are presently sitting at 12-to-1, this is a number that easily could drop if the announcements are made immediately. Remember, because this is a bet that is wholly dependent on several factors, namely free agency, it’s really a meta-gamble. Despite technically only betting on the Knicks to win the NBA Finals, you are also betting on the proverbial dominoes to all fall at the right time.

If the Knicks fail to acquire free agents or land a lottery pick worth getting excited about, the franchise, as well as early futures bettors, could be in for a long, long season. Either way, this wager certainly deserves a few dollars thrown its way, even if you’re no fan of the Knicks.