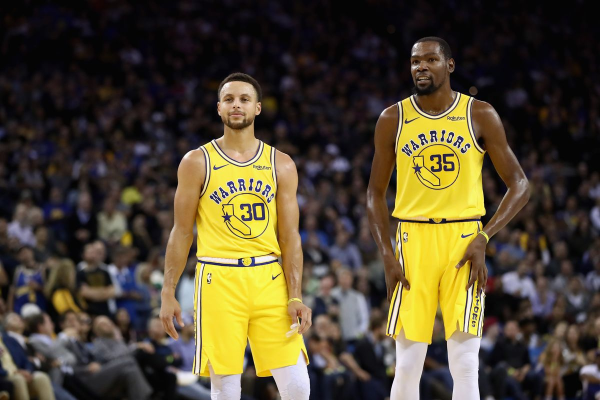 The Houston Rockets are in the Bay Area to take on the Golden State Warriors at 3:30 EST on Sunday afternoon on ABC. The Warriors are -5.5 point favorites vs the Rockets and we do not have word on if the Warriors will have either of the Splash Brothers. Both Steph Curry and KlayThompson are listed as questionable with ankle injuries. Klay Thompson had an MRI on Saturday night that did come back negative and he will warm up and then determine his availability for the game.

I think that Klay is a true game-time decision, but I believe that he will do everything possible to play because he is an integral part of the Warriors defensive plan to defend James Harden. I think that Steph Curry is very likely to play and that was also somewhat hinted at because we heard about how Klay did have an MRI last night and there was no word about Steph having one. To me, this indicates that Steph is more healthy than Klay and Klay is seemingly going to at least attempt to see if he can play. I think this line is a little short if both do play, but we will not know until closer to game time.

This series rests on a few key aspects of these teams and one thing that has gone unnoticed is the Rockets increase in defensive efficiency recently. I have been down on Houston all season because their defense isn’t even close to what it was last season due to the loss of a few key players. Trevor Ariza is a fantastic 3-and-D guy and Luc Mbah a Moute was also a tenacious defender that is now missing from the roster. They are now replacing those two with a combination of Austin Rivers, GeraldGreen, and Daniel House.

That trio is not even close to the tandem of last year. That being said, the Rockets defense has definitely improved since the beginning of the season and a lot of that starts with JamesHarden’s effort level. I have seen a lot of clips of Harden talking about how this series is all that matters and how he has to win a championship. What I like about him saying that stuff is that his defensive improvement shows that he really means what he is saying and he has worked to improve. Harden is not really elite athletically, but he is a strong guard that should be able to defend better than he has for the majority of his career. If we see Harden’s improvement show up vs. Golden State, we could see lower scoring games than we would normally expect in a series with this much firepower.

Golden State is in a difficult matchup with the Rockets because the Rockets have a few things that aren’t really defendable. JamesHarden and his rather gimmicky offensive game are virtually impossible to defend in a standard way, which is why we see a lot of strange defenses pulled out against Houston. I don’t really expect to see this strategy employed here because Klay Thompson and the Warriors have really limited Harden’s upside in recent years. If Harden is too much of a problem, I would expect to see some sort of double-teaming on Harden to simply force the other players to beat them.

I do like Golden State here and in the series and I am jumping on this line at -5.5 before we get injury news. I think that we see both guards play and that will likely move the line towards the Warriors even more.