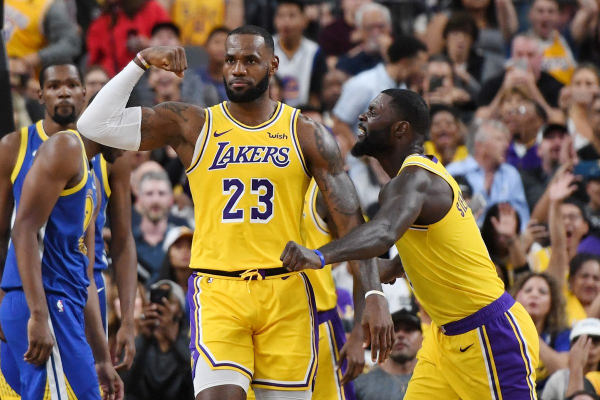 The 2018-19 season is fully underway and all teams have two games under their belt with a few having three games done with this season. Tonight’s showdown is between the San Antonio Spurs and the Los Angeles Lakers. The Spurs and Lakers both have played two games thus far this season. The Spurs sit at 1-1 while the Lakers are 0-2. Both of these teams have superstar players who came into the team this year and are looking to make an impact.

For the Spurs, Demar DeRozan and for the Lakers, LeBron James has come into town. Both of these players came over from the Eastern Conference and are looking to lead their team to a playoff berth now in the West. The Spurs are -2 over the Lakers on Monday.

The Spurs come into the game 1-1 with a win over the Timberwolves and a loss to the Trail Blazers. DeRozan, who came from the Raptors in the Kawhi Leonard trade, leads the team in points per game averaging 28.0 and in assists per game averaging 6.5 a game. LaMarcusAldridge has been spectacular on the defensive end of the ball grabbing 13.5 rebounds a game, stealing the ball once a game, and blocking two shots a game. All of these averages lead the team. As a team, the Spurs have scored 110 points a game and have allowed 114.5 a game.

This is not where Greg Popovich wants his team to be and in the coming weeks we should see the Spurs to get it together and win a few games in a row. This year the Spurs are without two mainstays as Manu Ginobili has retired and Tony Parker has moved on and is now playing for the Hornets. The Spurs are in a good place though even though they dropped a tough one to the Blazers on Saturday as everyone is healthy and ready to go for the game at Los Angeles.

The Lakers had a ton of expectations coming into this season after a flurry of signings bringing veterans like Rajon Rondo and Lance Stephenson into the fray as well as LeBronJames. So far, the Lakers have not really met expectations as they have fallen in both of their games. On Saturday when they played the Houston Rockets, a fight broke out resulting in two Lakers players being suspended.

Brandon Ingram has been suspended for four games and Rondo has been suspended for three games. The suspensions of these two players, both starters, should let us see the inclusion of Lonzo Ball and Kyle Kuzma into the starting lineup for the next few games. The Lakers have so much talent that these two short suspensions won’t hurt a ton, but you will see some definite attrition from the team. LeBron James leads the team in scoring at 25 points a game and Rondo leads the team in assists with 10.5 a game. With Rondo out you can expect to see James become more of a facilitator of the ball.