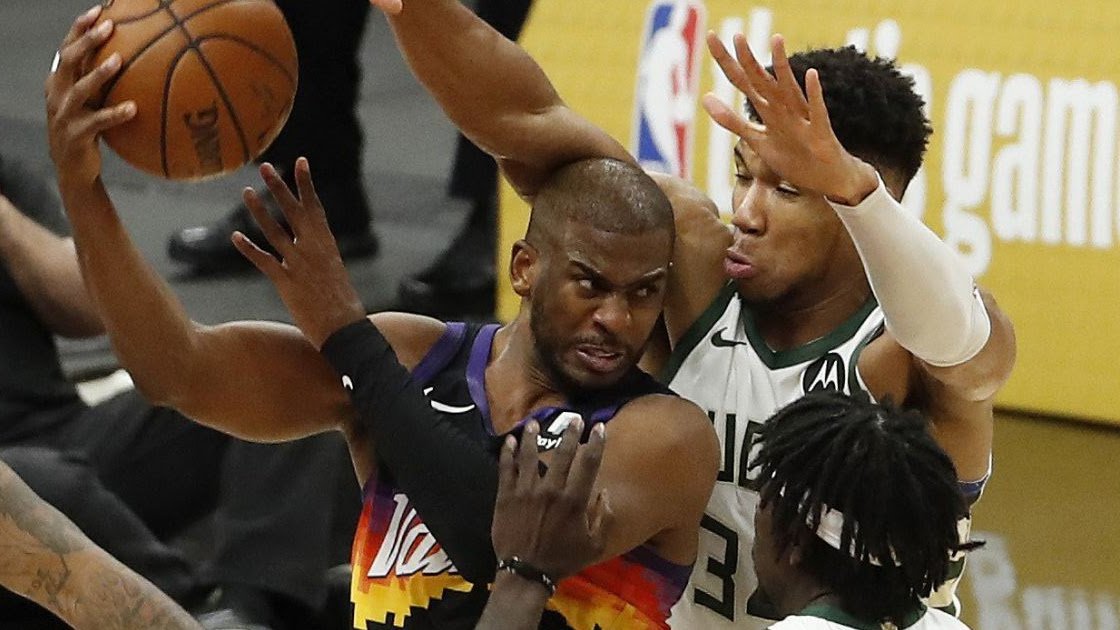 It is hard to imagine a better result for the Phoenix Suns from Game 1 of the NBA Finals. In addition to winning the game, Chris Paul played great, Deandre Ayton owned the paint, Devin Booker was solid, and they survived the return to action of the mighty Giannis. Maybe his return even helped them. Phoenix not only has a 1-0 lead heading into Game 2, but they should be brimming with confidence as they try and win again to take control of the series.

The Bucks Have Some Work To Do

Giannis is awesome, but he isn’t perfect. Nevertheless, if he is healthy enough to play you have to put him out there, and he definitely looked more than healthy enough chasing down that block. Can it be a little disruptive to suddenly have your best player back? Sure, but that is what coaching and other elite players are for. By the way, Giannis had 20 points and 17 rebounds and was the only starter who had a positive plus-minus.

Khris Middleton led the team with 29 points. I don’t think he was tentative because Giannis was back, but he did look a little gassed. Phoenix was more than happy to push the pace, and Milwaukee just didn’t look right playing at the pace we saw throughout the regular season. It will be interesting to see if they can slow things down. That is when they have been their best in the playoffs.

Jrue Holiday did not shoot well, but I think he was actually pretty good on defense. The Bucks were a little too eager to switch, which gave Chris Paul a chance to get the shots and plays he wanted. They are going to have to change that up strategy-wise for Game 2.

Coach Bud is not out of the woods just because the Bucks are in the NBA Finals. He has to find a way to make the right adjustments to get Milwaukee back in the series.

Milwaukee is the underdog again, and it is not because of Giannis's status.

Game 1 Set A Great Tone For the NBA Finals

Phoenix got great production from all of the usual sources in Game 1. Guess who led the in +/- though? That would be Jae Crowder, who was a +19 even though he only scored 1 point for the game. That is playoff basketball.

The Suns still hit their amazing scoring balance with six players scoring 10+ points, led by Paul with 32. Booker scored 27 and Ayton posted 22 points with 19 rebounds. Coming out of college, I thought Ayton was more athletically gifted than what I see from him, but he has developed a nose for the ball and a willingness to keep working. He has been super valuable throughout the playoffs.

Just like during the regular season the Suns got good production from the bench. Cam Payne is the perfect reserve point guard. He scored 10 points, while the other Cam, Cam Johnson scored 10 off the bench as well. He has one of the best-looking shots in the league and is not afraid to use it.

Phoenix knows it can beat Milwaukee, and what we saw in Game 1 looks very repeatable. They are the favorites and it would be a surprise if they don’t win Game 2.