Bucks vs Hawks Game 6 Betting Preview: Will the Return of Trae or Giannis Swing the Series? 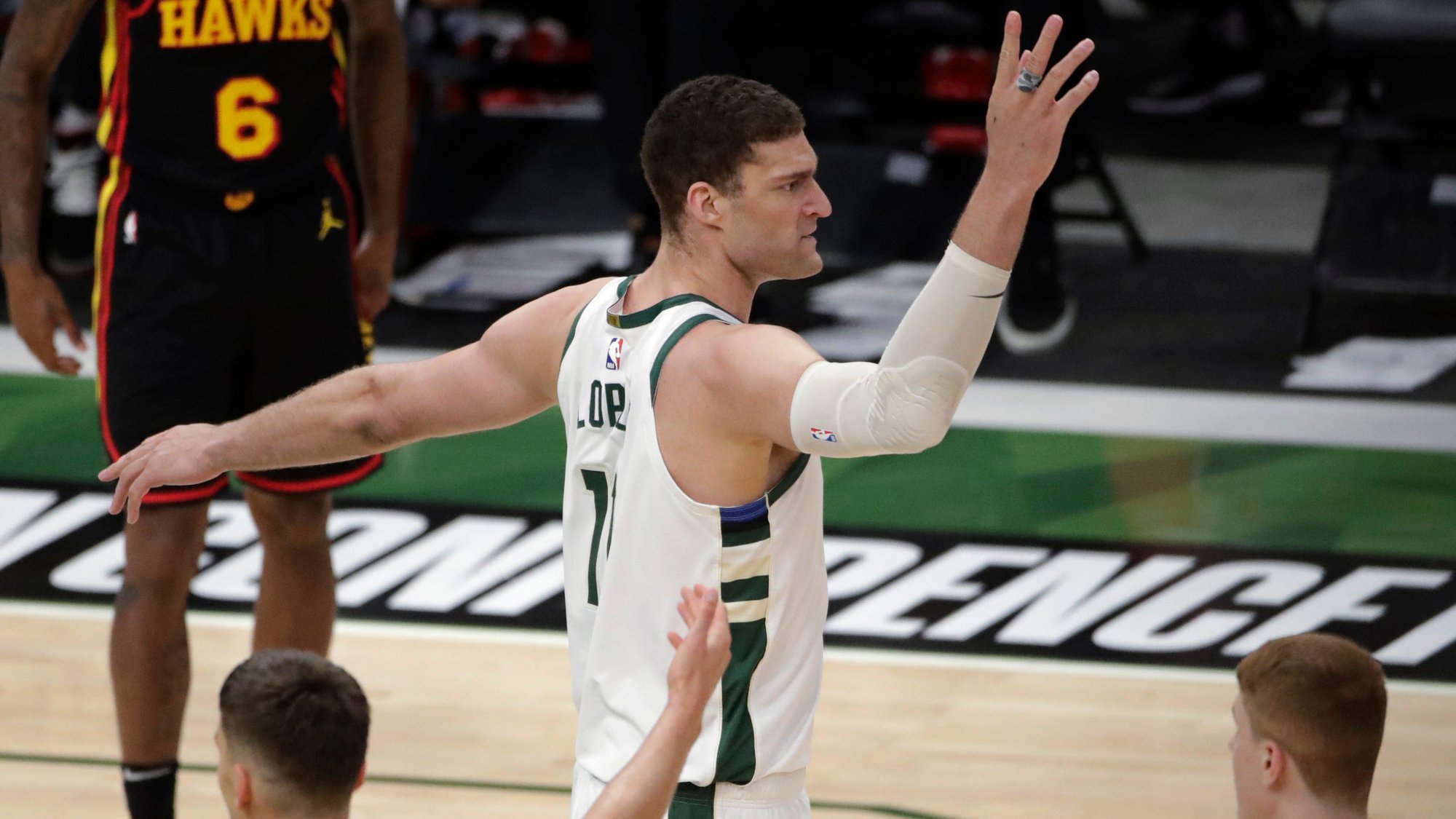 The Hawks and Bucks played without their stars in Game 5 in Milwaukee. The result was a balanced Bucks win that has them now just one win away from the NBA Finals against Phoenix. Both Giannis and Trae Young missed Game 5 due to their injuries.

Their status is still to be determined, though it seems more likely that we see Young in this potential elimination game than the “Greek Freak”. Atlanta definitely needs to relocate the form they had in Game 4 at home, with or without him.

Do The Bucks Need Giannis to Advance to the NBA Finals?

The Bucks played without their star on Thursday and thanks to a total team effort they are this close to the NBA Finals.

High energy Bobby Portis was the easy choice to put in the lineup with Giannis out and he did not disappoint. He scored 22 points and was a positive player at both ends of the floor.

With their leading scorer out, there were going to be shots for others, but I don’t think anyone saw center Brook Lopez emerging as the leading scorer with 33 points. He had the first playoff game with 30 or more points and 4 blocks while making 75% of his shots since 2011. He sometimes gets lost out there but he is still a quality scorer.

With the frontcourt being so solid the combined 51 points and 21 assists from Khris Middleton and Jrue Holiday were just another contribution to the winning effort. Holiday had his moments but Middleton never had to try and take over the game.

The total team effort puts them in a great spot heading into Game 6 where Milwaukee is not the favorite for the first time in the series. Giannis is officially questionable but there is no way they are not the NBA betting favorite if he is expected to play, right?

Atlanta Has Their Backs Against the Wall for Game 6

I think it is safe to say that the Hawks need Trae Young on the court. Sure they won Game 4 without him, but in Game 5 there was no pop to their game, even though individually some players played well.

Guard Bogdan Bogdanovic led the team with 28 points, but 16 threes is a lot to attempt. Some of them were pretty lazy shots, and even though he led the team in scoring he was a team-worst -17.

Forward John Collins had his best scoring game since the series opener with 19 points, but he was mostly a non-factor too.

I love Lou Williams, but there is a reason you don’t ask him to direct your offense for long stretches. He turned the ball over 6 times in the game, the only player on either team with more than a couple of turnovers.

Other than the return of Young, I am not sure where the Hawks can go strategically for Game 6. Maybe they put Williams back in a 6th man role and start a little more defense-minded with Cam Reddish or Kris Dunn on the floor. I am not sure that would be a difference-making move though.

You might want to bet the Hawks because they are in the more urgent spot, but Young is the key. Without him on the floor, I don’t see how you can make that bet.

Atlanta is the NBA betting favorite at home for Game 6. That is the first time they are favored in the series, and I think that tells us the oddsmakers are expecting Young to play. The question is how much can he help them stave off elimination?

Tonight, the most pivotal game of the 2022 NBA Eastern Conference finals takes place in Boston, with the Miami Heat taking a 2-1 series lead into their matchup with the Celtics. In Game 3 on Saturday, the Heat took control early, outscoring the Celtics 39-18 in the first quarter and leading by as many as END_OF_DOCUMENT_TOKEN_TO_BE_REPLACED