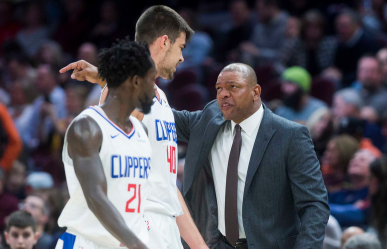 Two of the hottest teams in the NBA are set to meet up for a clash in Milwaukee on Thursday night. The Milwaukee Bucks continue to have the best record in the NBA, while the Los Angeles Clippers continue to climb up the standings in the Western Conference. The Clippers and Bucks have both clinched playoff spots already, but each team still has plenty to play for down the stretch. With two of the highest scoring teams in the league meeting up for this game, expect plenty of scoring.

Milwaukee has a three-game winning streak coming into this matchup and put up an impressive performance against the Houston Rockets on Tuesday. The Bucks come into this game with a 56-19 record and look to be the top overall seed entering the 2018-19 playoffs. The Clippers have won six straight games and eleven of their past 12. Los Angeles has moved up into the fifth spot in the Western Conference, but they are still trying to improve their seed. The Clippers have improved their record to 45-30 on the season with seven games left to play. The Milwaukee Bucks are an -8.5 point favorite over the Los Angeles Clippers in this game.

Even though the Milwaukee Bucks have the best record in the league this season, they have dealt with a ton of injuries this season. The Bucks are without five key players down the stretch, including starting point guard Malcolm Brogdon. Brogdon was having a monster season for the Bucks, pouring in 15.6 points per game. Nikola Mirotic and Tony Snell are also out for the Bucks, and they have combined for more than 17 points per game this season. The Bucks lead the league in scoring with 117.4 points per game, but the loss of these players hurts.

Giannis Antetokounmpo has the nickname of the “Greek Freak,” and he has been putting up monster numbers this season. The “Greek Freak” leads the team with 27.3 points, 12.6 rebounds, and 6.0 assists per game. He might not win the MVP Award this season, but there is no doubt that his time is coming. Small forward Khris Middleton has chipped in with 17.8 points per game and earned himself an All-Star selection for his contributions.

The Los Angeles Clippers have been the surprise team in the NBA this season, and they might just carry that momentum all the way to the NBA Finals. The Clippers are averaging 114.8 points per game this season, despite trading away their top scorer before the trade deadline. When Los Angeles sent Tobias Harris to Philadelphia, they lost 21 points and eight rebounds per game, but it hasn’t slowed them down.

Shooting guard Lou Williams has come off the bench to score more than 20 points per game this season. Williams will likely win the Sixth Man of the Year Award again this season and continues to lead this Clippers team. Los Angeles has struggled on defense this season, giving up close 113.5 points per game, but their offense usually makes up for it.

Both the Clippers and Bucks want to play fast, and this should be a very high-scoring affair. Milwaukee just has too many injuries right now to be able to keep up with the Clippers on the offensive end of the floor. Antetokounmpo has had a monster season, but he won’t be able to win this game by himself. Look for the Clippers to get a big road win and win their seventh straight game. Bet the Los Angeles Clippers +8.5 over the Milwaukee Bucks.