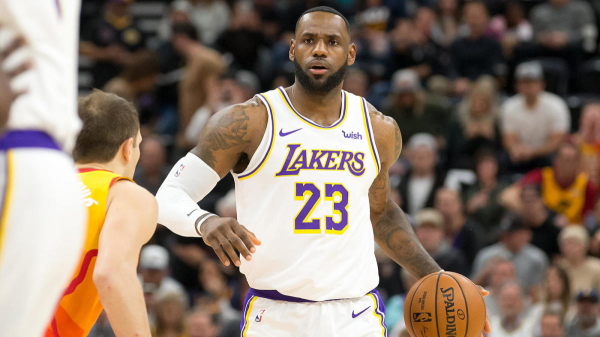 LeBron James is the undisputed great of his generation. Giannis Antetokounmpo is the reigning MVP and the obvious heir to King James’ throne.

On Thursday night, these two superstars of the NBA will put their identical, league-leading 24-4 records on the line in what could easily be a preview of the NBA Finals.

While the Lakers will be focused on keeping their edge over the Clippers in the Western Conference, the Bucks are tasked with holding off a slew of teams between four and five games back of their lead in the Eastern Conference.

Thursday night, however, the entire league will stop to see who has the advantage in a matchup of James versus Giannis.

Will the All-Star duo of LeBron and Anthony Davis be too much for the Bucks to handle? Or will Milwaukee’s league-leading offense wear down the visiting Lakers?

Before grabbing the popcorn and settling in for this must-watch matchup, let’s take a look to see whether or not this is likely to be a real NBA Finals preview.

It’s King James versus the Greek Freak, and it can’t come soon enough.

Through 28 games of this year’s NBA season, the Bucks and Lakers have proven that they’re going to be around deep into the playoffs. But while earning the league’s best record is one thing, having a team built to reach the Finals is another.

In addition to being led by the reigning MVP, the first thing that stands out about this Bucks squad is its ability to score points. With an average of 121 points per game, Milwaukee leads the NBA.

Defensively, the Bucks haven’t been quite as good, but that hasn’t kept them from achieving another vital league best. Although the Lakers own the second-best scoring differential (+8.9), it’s Giannis and company who own the NBA’s top mark with a point differential of +12.9.

Then we have Los Angeles.

But when it comes to determining whether or not we’re about to see a preview of the NBA Finals, let’s allow the odds to do the talking.

With odds of +150, the Bucks are the obvious favorite to win the Eastern Conference. Philadelphia trails behind with odds of +220.

In the Western Conference, the Lakers are even with the Clippers to reach the NBA Finals with odds of +200.

So, while nothing in sports is guaranteed, there’s a great chance Thursday night’s Lakers-Bucks contest is a glimpse into the final series of the NBA season.

With a record of 13-2 in Milwaukee, the Bucks are nearly unbeatable at home. Yet the Lakers have only dropped one contest outside of the Staples Center.

The Lakers have two NBA superstars, but the Bucks have the reigning MVP and the man leading the race for this year’s award, as well.

At +600 and +750, LeBron James and Anthony Davis hold the fourth- and fifth-best odds of winning MVP, respectively. With odds of -105, Antetokounmpo is the favorite to win the award.

However, Davis is trying to return from a sprained ankle, which means the Lakers’ big man may not be at 100 percent in this game.

For Milwaukee, Antetokounmpo leads the way with 31.7 points, 12.8 rebounds, and 5.3 assists per game. However, no other Buck is scoring more than Khris Middleton’s 18.1 points per game.

Yet the Bucks will be at home after having two days off, which is certainly part of the reason why Milwaukee enters this showdown against the Lakers as a 4.5-point favorite.