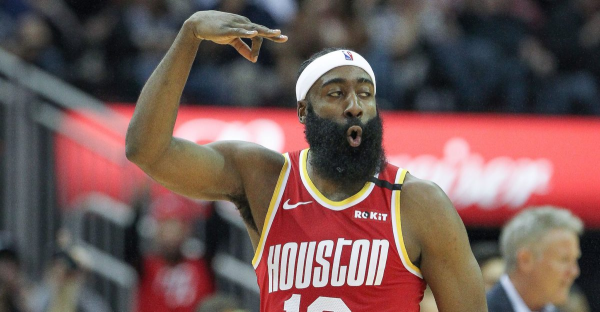 Thursday night features a battle of Western Conference foes as the Houston Rockets (25-11) travel to the Chesapeake Energy Arena to take on the Oklahoma City Thunder. In the Western Conference, the Rockets currently sit in third, while the Thunder come in seventh.

While the playoffs are still well down the road, both of these teams will look for a signature win to help their standings on Thursday. Tipoff for this one is scheduled for 9:30 pm ET.

This will be the second game of a back-to-back for Houston. On Wednesday, the Rockets were able to defeat the Atlanta Hawks on the road 122-115. That now makes three wins in a row, and they will look to keep it rolling against the Thunder.

Oklahoma City comes into this one having won six of its last seven contests. The lone loss in that span was a 120-113 loss to the Philadelphia 76ers on the road. In their last matchup, on Tuesday, the Thunder beat the Brooklyn Nets 111-103.

The Houston Rockets come into this one as 2.5-point favorites despite playing on the road.

Let’s face it, James Harden is just playing at a different level on the offensive end. On the season, he is averaging 38.4 points, six rebounds, 7.6 assists and 1.8 steals. While not everyone loves his game, it is undeniable that he is lethal with the ball in his hands.

He isn’t the only one getting it done in Houston, though. Russell Westbrook, the Rockets’ offseason addition, has been playing well, averaging 24.1 points, 7.9 rebounds, seven assists and 1.5 steals per game. Going against his former team, it would not be surprising to see him try to have a big night.

When the Thunder traded Russell Westbrook and Paul George this offseason, many thought they would go into a hardcore rebuilding mode. Thus far, the rebuild has gone pretty fast as they are off to a decent 21-16 start.

One of the major acquisitions in the Westbrook deal, Chris Paul, has been a partial contributor to their respectable start. Paul is averaging 16.5 points, 5.1 rebounds, 6.5 assists and 1.5 steals per game.

Taking The Rockets To Win And Cover

For full disclosure, there is a part of me that wants to take Oklahoma City at home in this one. Especially rested at home, it is the type of game that the Thunder could steal, especially with the Rockets playing their second game in as many nights.

Still, I just can’t bet against Harden. He is arguably the best scorer in the NBA and can singlehandedly take over a game. Throw in to it that Westbrook may play with a little added fire against his former team, and it seems like a game that the Rockets could win easily.

For my money, I am taking Houston to win and cover the 2.5-point spread.