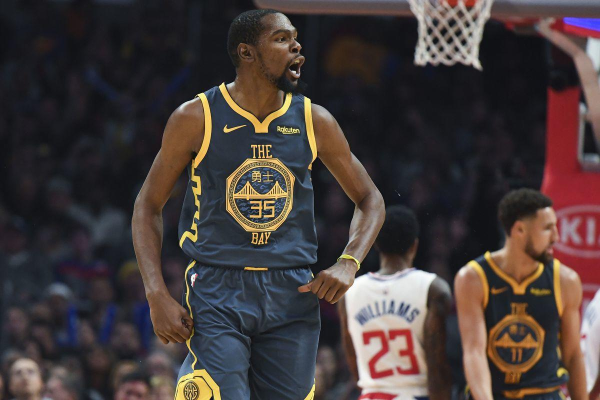 Sacramento comes into this game having won five of their last six games to improve their record to 15-12 on the season. The Kings are in fourth place in the Pacific Division but trail the Warriors by just three games. Sacramento currently holds the number eight seed in the Western Conference. Golden State saw their four-game win streak snapped on Wednesday night in a blowout loss to the Toronto Raptors. The Warriors still hold the top spot in the Western Conference with a 19-10 record. Golden State is -9.0 over the Kings in this matchup.

The Sacramento Kings have one of the youngest rosters in the entire league, but some of these young players are turning into stars. Former Oklahoma Sooners star Buddy Hield is currently leading the Kings with 18.6 points per game this season. Point guard De’Aaron Fox is right behind Hield, pouring in 17.9 points and dishing out 7.6 assists per game for Sacramento. Hield and Fox make up one of the top backcourts in the league, but they are facing the best on Friday night.

While the backcourt does most of the scoring for the Kings, Sacramento also features some talented young players on the wing and interior. Rookie Marvin Bagley III is averaging 13 points off the bench so far this season and has also averaged 1.1 blocks per game. Center Willie Cauley-Stein is averaging 14.0 points and 8.4 rebounds per game for the Kings. All of this talented youth has the Kings as the 7th highest scoring team in the NBA so far this season, pouring in 115.3 points per game. The Kings might not find a way into the playoffs this season, but their time is definitely coming in Sacramento.

The Golden State Warriors still have the ability to put up 140 points in a night, but their offense has not been consistent all season long. A big part of the Warriors struggles has been injuries, and Golden State is likely to be without Andre Iguodala and Shaun Livingston in this game against the Kings. Without those two key veterans, the Warriors lack the depth that is usually their biggest strength. The Warriors are still averaging 115.6 points per game and almost 12 made three-point attempts, but the offense has been hit or miss this season.

Stephen Curry and Kevin Durant have been a dynamic 1-2 punch for the Warriors this season, but they haven’t been able to click on the same nights. Both Curry and Durant are averaging 28.9 points per game. Curry is shooting almost 50 percent from the three-point line, while Durant also leads the team with 7.7 rebounds per game. Klay Thompson is the only other Warriors player averaging double-figures, and Golden State needs to find more offense.

Golden State Wins On The Road

The Kings are trying to prove that they are on Warriors level, but they aren’t quite there yet. Sacramento has an exciting group of young players, but the Warriors have a proven group of winners. Golden State should be able to take advantage of a young team and will put up a ton of points in this game. Bet the Warriors -9.0 over the Sacramento Kings.