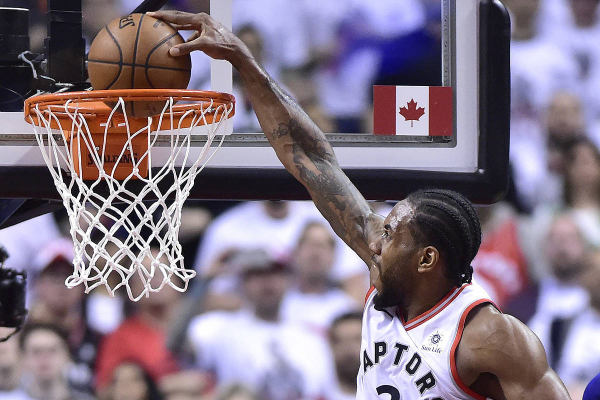 The Eastern Conference Finals are set to kick off on Wednesday evening, and it should be an outstanding series. The Milwaukee Bucks will have home court advantage over the Toronto Raptors after having the best record in the NBA during the regular season. Milwaukee is in an unfamiliar position making it this deep into the playoffs, and the Raptors are finally back after a few devastating postseason losses in recent seasons. The Bucks won three of the four regular season games between these two teams, and are the clear favorites before the series begins.

Milwaukee should be well rested after coasting through the first two rounds of the playoffs. The Bucks swept the Detroit Pistons out of the first round before squaring off with the Boston Celtics. After losing game one, Milwaukee won the next four games to make it to the Eastern Conference Finals. The Raptors might be a little tired heading into game one after being forced to play in a game seven against the Philadelphia 76ers over the weekend. Toronto was able to win that game on a last-second shot to set up this showdown. The Milwaukee Bucks are -6.5 over the Toronto Raptors in the series opener.

The Toronto Raptors made a huge trade last offseason to acquire Kawhi Leonard, and it appears that it was a great deal. Leonard is known as one of the best two-way players in the league, but his offensive game has been the best in the NBA in these playoffs. Leonard is averaging 32 points and 8.5 rebounds per game this postseason, and he absolutely carried the Raptors in round two. He hit the game-winning shot at the buzzer in game 7 and poured in 41 points in the clincher. The Bucks will do all they can to stop Leonard in this series, but that might not be possible with the way he is playing.

Kawhi was good enough to beat the Sixers on his own, but he is going to need some help in this series. The rest of the Raptors players looked scared and afraid to shoot in game seven, and that can’t happen again. Toronto played just seven players in the series-clinching game, and their depth will be tested in this game. Pascal Siakam and Kyle Lowry must provide scoring against the Bucks. These two players are averaging 32 points per game in the playoffs, but they need more against Milwaukee.

Bucks Are Deep and Talented

The Milwaukee Bucks have overwhelmed opponents with their depth so far in the playoffs and will employ the same strategy in this series. Milwaukee isn’t afraid to go deep into their bench, and point guard Malcolm Brogdon is back in the fold now. Brogdon had 10 points in the game five win over the Celtics and gives the Bucks another great scoring option. The Bucks are shooting 36 percent from deep as a team and will launch a ton of three’s against a really solid Raptors defense.

Giannis Antetokounmpo will do all he can to match the scoring that Kawhi Leonard will provide for Toronto. The “Greek Freak” is averaging more than 27 points per game in this series and will see a lot of double teams against the Raptors. Khris Middleton has chipped in with 19 points per game and can pick up the slack if Antetokounmpo has an off night. There is a reason that the Bucks led the league in scoring during the regular season.

This series should go the distance, and most of the games are going to be very highly-contested. The Bucks have a huge edge in the series opener at home, and they are much more well rested. Look for the Raptors to be a step slow in this game, before finding their groove in game two. Bet the Milwaukee Bucks -6.5 over the Toronto Raptors in game one.