Fox Latest to Leave Team USA; Should There be Concern About Winning FIBA World Cup… 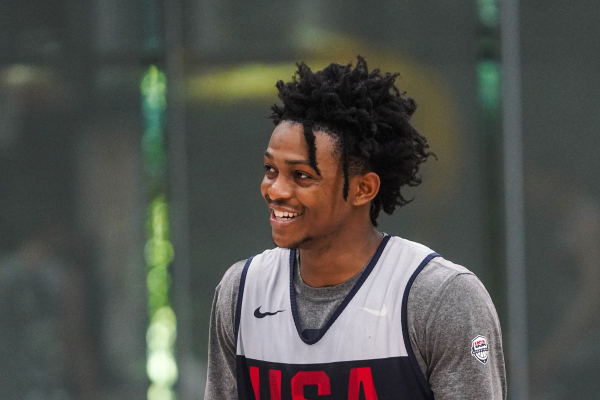 With the 2019 FIBA World Cup starting in less than two weeks, Team USA has been slowly falling apart. While the team is still favored to win it, they’ve lost a number of talented players from the roster.

De’Aaron Fox, a guard from the Sacramento Kings, is the latest to decide he is going to skip the tournament. Fox averaged 17 points last season and brought a lot of help to a Kings team that is currently rebuilding.

Fox believes that he needs time to train and focus on helping bring the Kings to the playoffs. With not much incentive to win the tournament, it’s hard to argue with his reasoning.

The Kings point guard had played with team USA as recently as Friday, although he only logged 6 minutes. While Fox may not be the most talented player on the team, the depth within the roster is slowly depleting.

Other players such as Kyle Lowry and P.J. Tucker have also withdrawn from the tournament. The reasoning is quite different though, as both players are facing injuries. Marcus Smart is also facing a calf injury that could potentially keep him on the sidelines.

Team USA only has 13 players on their roster now, a number that doesn’t provide them with much security if they were to face any more injuries. With that being said, only 12 players are required for each team in the tournament.

The US is led by players Donovan Mitchell, Kemba Walker, and Jayson Tatum to name a few. The team isn’t as high-powered as usual, but they are still expected to win the tournament.

Team USA holds -225 odds to win the tournament, a number that is usually significantly higher. Expect them to still bring it home for their country, but don’t count on them to breeze on through like they normally do.