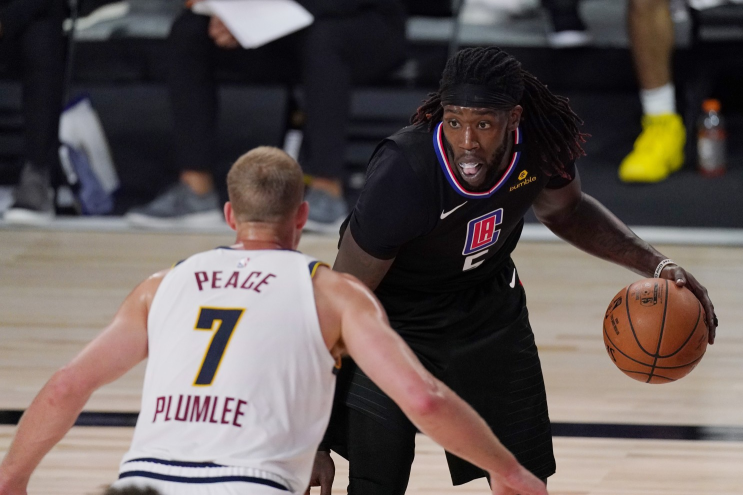 The NBA regular season starts in a month. The draft was just last week and it was followed up by a blitz of NBA free agent signings as teams looked to improve by adding veteran talents in the pursuit of a championship.

Some teams have helped themselves more than others of course. Here is a look at some teams that have really taken advantage of the open market and how it’s affected their odds to win the 2020-21 NBA Championship at FanDuel sportsbook.

In maybe the biggest move of free agency so far, the Lakers lured PF/C Montrezl Harrell away from the Clippers. Harrell gives the Lakers energy and bench scoring and looks like a great fit. The same goes for SG Wesley Matthews who will try to replace Danny Green as a designated perimeter shooter. It’s hard to find fault with these signings for the champs.

It was blatantly obvious that Damien Lillard and CJ McCollum needed some help on offense and the Blazers front office heeded the call, signing Derrick Jones Jr. after an impressive playoff run with the Miami Heat. While this signing is going under the radar, it could be one of the best deals of free agency if Jones Jr. continues his progression.

The Bucks have two somewhat correlated goals, win a title and sign Giannis Antetokounmpo long term. They have been pulling out all of the stops this offseason, including a couple of free agent signings that could put them over the top in the Easter Conference – but not according to oddsmakers.

DJ Augustin is a very steady hand at the backup PG spot and PF Bobby Portis has upside as a mobile big that can shoot. Both will create more space for Giannis to operate and upgrade the team on the whole.

Pistons Load up on Big Men?

The Pistons are trying to change the direction of the team but I don’t think they are doing a great job of it. They are loading up on bigs at a time when most teams are going mall. Forward Jerami Grant might have another gear, though I am not sold and I have no clue why they wanted to commit to three years of Mason Plumlee. It looks like another season at the bottom of the Eastern Conference for Detroit.

Hawks Give Trae Young Some Help

This is the final team we will look at for now, and one that’s helped themselves out a lot over the last couple of days. The Hawks are still going to be one of the youngest teams in the league, but free agent additions of Danilo Galinari and Rajon Rondo will help them tremendously.

Gallo is still a rarity as a true shooting big man and Rondo is the ultimate team player. He should be able to back up Trae Young and play alongside him to help open him up offensively as well. He is an elite defender at the point guard position and that will help a lot. The same goes for Kris Dunn, who the Hawks also acquired.

So there’s a quick rundown of some teams who’ve pounced on the free agent market. The champs look even stronger and Milwaukee might be positioned to get to the Finals to face them. Stay tuned as more and more roster moves will fill out NBA rosters over the next few weeks.