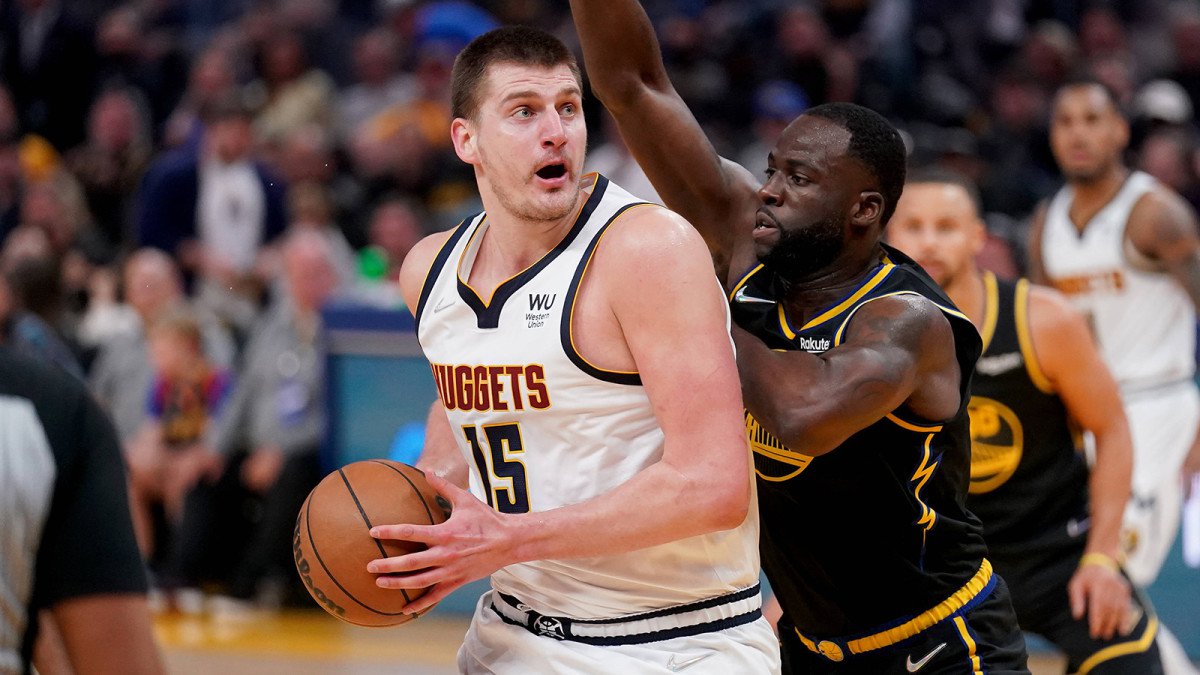 In Game 1 against the Golden State Warriors, Nikola Jokic posted his eighth straight game with at least 25 points and 10 rebounds. But if the Nuggets are to return to Denver with the series even at a win apiece, Jokic is going to need to be at his superhuman best tonight in Game 2.

In Saturday’s series opener, the reigning NBA MVP tallied 25 points, 10 rebounds, and six assists. But with Jordan Poole going for 30 and four other Warriors scoring in double figures, it wasn’t nearly enough as the Warriors strolled to a 123-107 win at home.

If the Nuggets can’t get a win tonight, they will have no margin for error when the series moves to Denver. on Thursday. But with Steph Curry back in action, are the Warriors destined to brush the Nuggets aside regardless of what Jokic does?

Will Jokic and the Supporting Cast Find Another Level to Match Warriors in Game 2?

Even with Jokic playing well enough to likely earn himself back-to-back MVP wins, the Nuggets’ ceiling for this season is only so high.

With no Jamal Murray or Michael Porter Jr., Jokic and all that he can and does do most nights are absolutely indispensable for the Nuggets. The numbers speak for themselves. Jokic missed eight games in the regular season, and the Nuggets won only two of them.

To get to 48 wins is a major achievement when the team’s second option has been out all season and the third option has missed more than 70 games, so it is no failure if Golden State sends Denver packing in four or five games.

But if Denver is to extend the series beyond four or five games, Jokic can’t have a repeat of Game 1.

And the MVP attempted only two free throws, when he averaged 6.3 free throw attempts per game in the regular season.

On top of that, Jokic pulled down only 10 rebounds on Saturday after tallying 19, 18, 17, and 16 in his first four games in April (yes, in that order, rather astoundingly).

Of course, the Nuggets also need more from the supporting cast. Will Barton did have 24 points, six rebounds, and five assists, and he was 10 of 18 from the field in one of his more productive games of the season.

But the Nuggets had only two other double-digit scorers, and both of them managed only ten points each. That isn’t going to get it done against the Warriors. Neither is allowing Golden State to shoot over 50 percent from the field and over 45 percent from three again.

Jokic will have a more Jokic-like game tonight, but it will still not be enough for the Nuggets to avoid a second straight loss at the Chase Center.

In four regular season games against the Warriors this season, Jokic averaged 28.0 PPG, 15.8 RPG, and 8.8 APG.

Also, in the regular season, Jokic shot under 50 percent from the field only 15 times in 74 games, and he did it in back-to-back games only once.

In the 15 instances in which he shot under 50 percent, he shot 50 percent or better in the following game 13 times. So, that bodes well for a better night from the field and points wise for Jokic, even if the Nuggets are unable to pick up a series-tying win.

The 2022 French Open is underway at Stade Roland Garros in Paris, France, and we are already almost through the first week of play. Tomorrow, the remaining third-round matches will take place, after which the men’s and women’s singles draws will be down to their final 16 contenders. In both men’s and women’s singles, there END_OF_DOCUMENT_TOKEN_TO_BE_REPLACED