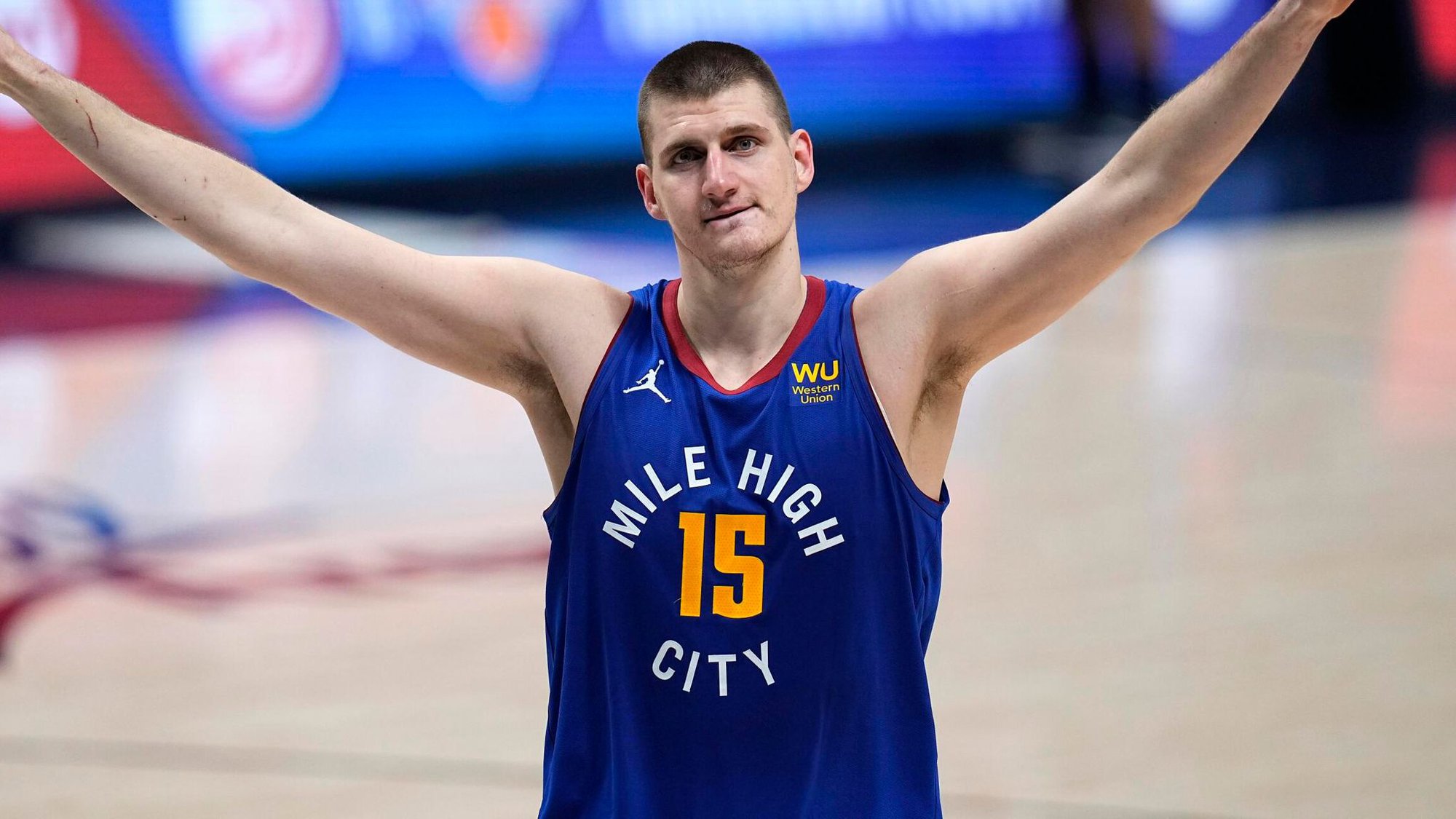 The 2021-22 NBA regular season is in its final week as it will end on Sunday, April 10. Along with the NBA playoff picture becoming clearer as the season approaches its end, the 2022 NBA MVP race appears to be as well.

After the All-Star break, Philadelphia 76ers star Joel Embiid sat atop the odds, just as he did last season. And just like last season, it looks like he will be overhauled by Nikola Jokic.

At this juncture, it looks like a three-horse race at best, with two-time MVP Giannis Antetokounmpo following up last season’s championship run by making a run at the scoring title.

Last year, injury affected Embiid’s chances of securing his first MVP. Instead, it was Jokic who claimed his first, thanks to a tremendous post-All-Star run with the Denver Nuggets.

This year, injury won’t be the reason that Jokic wrestles the MVP away from Embiid. Nor will Embiid’s form or where the Philadelphia 76ers are in the NBA standings. It could be a tough break for Embiid, who has presented a very strong case, but so has the reigning MVP and current favorite.

Historically, MVP voters in the major American sports leagues don’t love rewarding the same player in consecutive seasons. The NBA does it a little more frequently than the MLB, NFL, and NHL, but odds were not in his favor.

Instances of Repeat MVP Winners in the NBA, NFL, MLB, and NHL

As the season has progressed, the likes of Steph Curry, Kevin Durant, and others have fallen down the board for one reason or another, but with Embiid remaining healthy and Giannis making a strong run at a third MVP, Jokic needed some serious numbers to pull off the repeat.

Well, he has certainly done his part.

Jokic also leads the league in a number of the other “advanced” metrics, like win shares, box plus/minus, and VORP. He has been atop Basketball Reference’s NBA MVP tracker, but the odds told a different story until recently.

Despite Jamal Murray (torn ACL) not playing yet this season and Michael Porter Jr. being limited to nine games (and not being good in those nine games), the Nuggets have stayed afloat thanks to Jokic. With two games left, the Nuggets are sixth in the Western Conference, and one win (vs. either the Grizzlies or Lakers, both at home) will clinch a berth in the first round of the playoffs.

If you take Jokic out of the equation, the Nuggets would be in a much, much different position.

With three games remaining, Embiid has already reached a career high in games played. Other than missing three weeks in November due to COVID, he has stayed clear of the issues that affected him in previous seasons.

It looked like that would be enough for him to win MVP, but in the end, it may not be. It’s certainly not for a lack of trying on his part though, as he is on track to win the NBA scoring title with three games to play.

Even if he doesn’t claim MVP honors, his play is a boost for the Sixers’ 2022 NBA championship hopes. They won’t be the top seed in the Eastern Conference as they were last season, but the addition of James Harden, the emergence of Tyrese Maxey in his second season, and Embiid’s strong play have the Sixers poised to potentially make a run in the East.

After delivering Milwaukee’s first NBA championship since 1971, there has been no drop-off for Giannis this season. The two-time MVP is averaging a career high in scoring and has hit 40+ ten times this season, including a 50-piece against the Indiana Pacers on February 15.

And while there are no awards given for it, Giannis remains as entertaining at the mic as he does on the court.

The 2022 French Open is underway at Stade Roland Garros in Paris, France, and we are already almost through the first week of play. Tomorrow, the remaining third-round matches will take place, after which the men’s and women’s singles draws will be down to their final 16 contenders. In both men’s and women’s singles, there END_OF_DOCUMENT_TOKEN_TO_BE_REPLACED