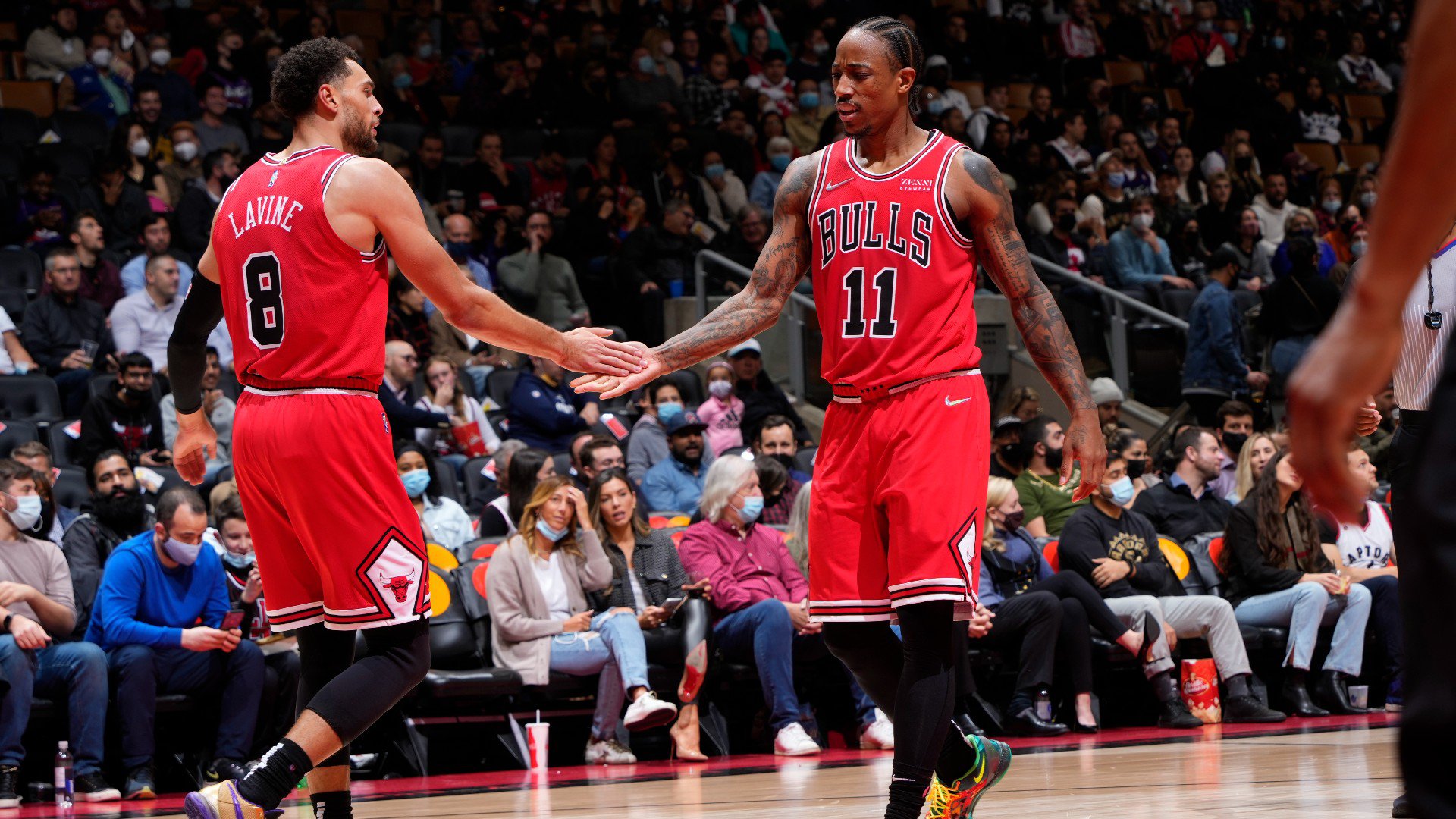 It’s still much too early to call them a contender, but the Chicago Bulls continue to defy the odds in the early part of the NBA season. The Bulls are entertaining and excelling as they sit in a lofty position in the Eastern Conference. They opened a five-game road trip by taking one on the chin against the Golden State Warriors on Friday, but they weren’t the first and won’t be the last to do so. But they bounced back with a 10-point win over the Clippers last night. A big night from DeMar DeRozan and Zach LaVine led the way, as the two combined for 64 points.

Tonight the Bulls seek the Staples Center sweep as they take on the Lakers. The Lakers also took it on the chin on Friday night, but their 24-point home loss to the Minnesota Timberwolves is a rougher sight than the Warriors’ dismantling of the Bulls. In any event, the Lakers responded to their listless display by handling the San Antonio Spurs yesterday. Anthony Davis led the way in the win with his fifth 30-point performance and eighth double-double of the season.

Which team will handle the back-to-back and take the win? The Bulls are favored by a small margin, and they get a valuable addition back in their ranks tonight.

This is the Bulls’ second back-to-back of the season, while it will be the first for the Lakers. In their other back-to-back, they scored double-digit home wins over the New Orleans Pelicans and Detroit Pistons on October 22 and 23.

The Bulls are still without Nikola Vucevic (COVID protocols), but guard Coby White will make his season debut tonight. White started 54 games last season and averaged 15.1 points per game, 4.1 rebounds per game, and 4.8 assists per game.

The notable storylines tonight involve former Lakers Alex Caruso and Lonzo Ball suiting up for the Bulls. This is Caruso’s first matchup against his former team after his offseason departure from the Lakers. Against the Clippers, Caruso made his first start with the Bulls, played a season-high 39 minutes, and snagged a season-high nine rebounds.

Look for another heavy dose of DeRozan and LaVine tonight. The two are both averaging over 25 points per game, which has helped offset White’s absence and Vucevic’s early offensive struggles. There were more than a few articles and social media comments questioning DeRozan’s fit with the Bulls and the amount of money he was given, but you’d have to imagine Billy Donovan is pretty pleased so far.

The Lakers lost their first two games without LeBron, but things are trending in the right direction. They have won three of their last four, and their record now looks a little less rough. Yes, the one loss was pretty bad. But it is positive for the Lakers to win without LeBron and with diminished depth.

That depth has been boosted though, as Talen Horton-Tucker (thumb surgery) returned and scored 17 points in his season debut. Along with THT’s vital contributions, the Lakers also got big bench contributions from Wayne Ellington (15 points on 5 of 7 from three) and Malik Monk (16 points, four assists). The Lakers faltered last season partly due to a lack of consistent contributions from the supporting cast, so those contributions must continue.

My focus tonight is on the total. The Lakers had a season-low 83 points against Minnesota, but scoring has largely not been an issue. They came into today’s action sixth in the NBA in scoring (110.3 points per game) and have crossed the 110-point mark five times in the eight games they have played without LeBron.

However, they have needed every point they can get. The Lakers have given up at least 105 points in all eight games they have played without him and entered today 28th in the NBA in scoring defense (111.9 points allowed per game). Against a team that has two scorers in fine form and is getting back another one of their primary scoring threats, that spells trouble. I like the over in this one.