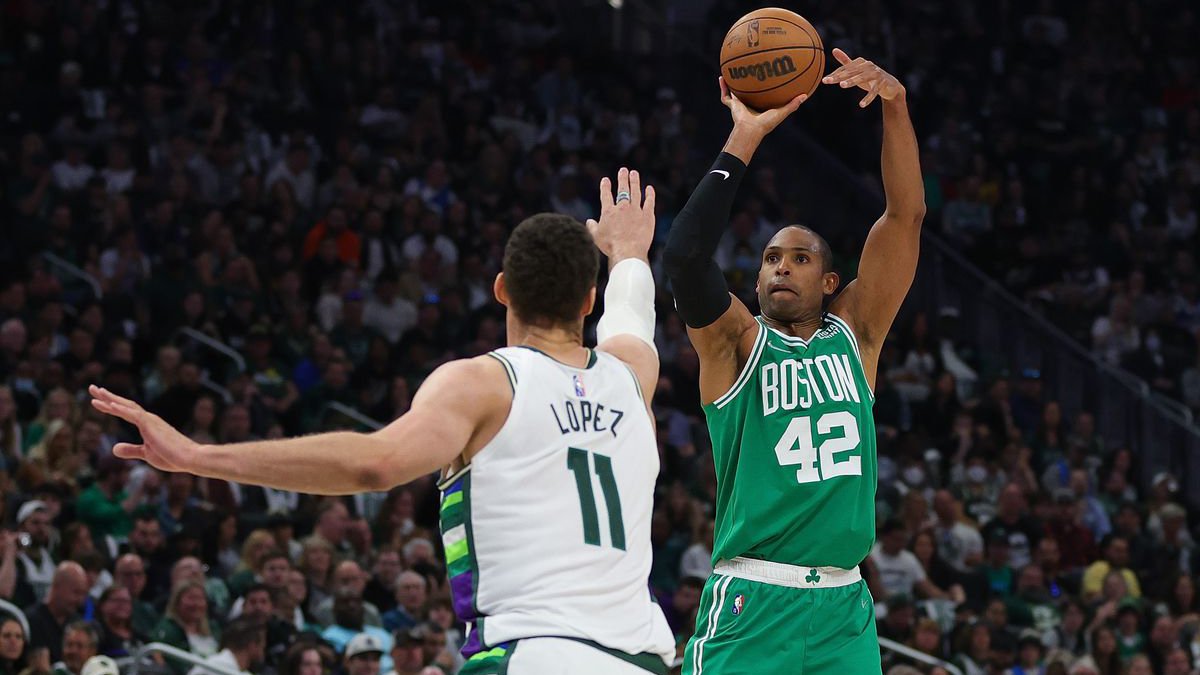 The 2021-22 NBA Playoffs schedule for Wednesday, May 11 includes Game 5 of the Milwaukee Bucks vs. Boston Celtics Eastern Conference Semifinals series.

The Celtics managed to walk out of Game 4 with the 116-108 victory over the Bucks, tying up the series 2-2 in the process. The good news is that they’re returning to TD Garden, where they have a 16-4 record in their last 20 home games.

Meanwhile, it’s back to the drawing board for the Bucks after failing to take the 3-1 series lead. Momentum is on Boston’s side again, making it interesting to see how Milwaukee plans to bounce back.

Can the Bucks swing the series back in their favor? Or will the Celtics continue their momentum by taking the 3-2 series lead?

Can Bucks Swing Momentum in Their Favor?

The Bucks left a lot on the table in Game 4 and now they must figure out how to regain control of the series tonight.

Jrue Holiday had an uncharacteristically poor defensive game on Monday and ended the night with a team-worst minus-23 rating. It certainly didn’t help that he shot 5-of-22 from the field in nearly 41 minutes of action.

Holiday is averaging 19.0 PPG on abysmal .330/.265/.941 shooting while averaging 21.2 field-goal attempts in his last five games. If he isn’t going to at least take better shots, the Bucks must cut down on his attempts somehow.

Bobby Portis is another player who had a poor shooting performance in Game 4, going 2-of-7 from the field as a center. He had a strong start to the postseason but has since been relegated to a bench player over the last few games.

Another strong performance from Giannis Antetokounmpo would also go a long way in helping the Bucks take the 3-2 lead. The ‘Greek Freak’ had game-highs in both points (34) and rebounds (18) last game while recording his third double-double of the series.

Antetokounmpo is now averaging 32.0 PTS/13.0 REB/8.0 AST this series and if he finds a more efficient way to score (.439 FG%), the Bucks have a good shot at putting the Celtics’ backs up against the wall.

One of the main reasons why the Celtics were able to overcome a seven-point deficit to begin the fourth quarter in Game 4 was because their star players showed up.

Jayson Tatum, as usual, was a force to be reckoned with, ending the night with 30 points, 13 rebounds and five assists while only turning the ball over twice.

In 25 games since March 1, Tatum has scored 30-plus points on 15 different occasions. Few players are capable of that, which is why it’s necessary for him to keep the momentum rolling tonight.

Although his offense is likely unsustainable, Horford has been a great rebounder this series as well, averaging 11.3 boards per game against the Bucks.

Marcus Smart was another surprising contributor with his 18 points in Game 4, adding eight assists and a pair of blocks along the way. Jaylen Brown also had 18 points while shooting just 5-of-11 from the field.

The aforementioned four players are the top quartet that the Celtics have to offer. If they can begin Game 5 as strong as they ended Game 4, victory is a very real possibility for Boston.

Momentum is on the Celtics’ side after Game 4 and I firmly expect them to walk out tonight with the victory. Furthermore, Boston is 10-1 against the spread in its last 11 games against Milwaukee, which is why I’m taking the former on the spread.

I’m also going with the over here considering that the projected total has been surpassed in nine of the last 13 games between these two teams.

As mentioned above, Al Horford has been one of the Celtics’ best rebounders this series.

Horford has hit the over on this prop in three of his last four games and has even done so in five of his last seven outings at TD Garden.

The Celtics are going to continue giving Horford plenty of playing time to succeed, which is why it’s a good call to take over 9.5 rebounds on this prop.

The 2022 French Open is underway at Stade Roland Garros in Paris, France, and we are already almost through the first week of play. Tomorrow, the remaining third-round matches will take place, after which the men’s and women’s singles draws will be down to their final 16 contenders. In both men’s and women’s singles, there END_OF_DOCUMENT_TOKEN_TO_BE_REPLACED