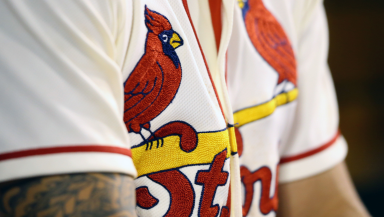 The Boston Celtics and Miami Heat played on Monday night, and Boston was able to come away with an important five-point victory. The Celtics and Heat will meet again on Wednesday night, and both teams still have a lot on the line. Boston is trying to secure home-court advantage in the first round of the NBA Playoffs, and the Miami Heat are just trying to make it into the field. The Celtics have won two straight games against the Heat this season, and are looking to win the season series with another victory.

Boston improved their record to 46-32 with the win on Monday night, but they can’t seem to shake the Indiana Pacers. The Celtics and Pacers are tied for the fourth spot in the Eastern Conference heading into the final week of the season. Miami fell to 38-39 on the season with the loss on Monday night, and the Heat remain just .5 game ahead of the Orlando Magic for the 8th and final playoff spot. Boston is a -2.0 point favorite over Miami in this game.

The Miami Heat just can’t pull away from the Orlando Magic in the Southwest Division, and their inconsistent offense is the biggest reason why. The Heat are averaging just 105.6 points per game this season, which is one of the worst marks in the entire league. Miami is one of the top defensive teams in the NBA, but at some point, they are going to have to score some points. Miami does shoot better than 35 percent from the three-point line, and they might need to start taking more shots from deep.

Shooting guard Josh Richardson leads the team with 16.7 points per game this season and is the best shooter from deep on the team. Dwayne Wade has given the Heat a huge boost off the bench all season long and has chipped in with 14.4 points per game. Center Hassan Whiteside has been a monster this season, averaging 12.2 points and 11.4 rebounds per night. The Miami Heat have plenty of players averaging double-figures this season, but they just don’t have that one player who can carry them every night.

The Boston Celtics have struggled a bit on offense as well this season, but their defense has carried them against some of the top teams in the NBA. Boston is allowing just 108.0 points per game, which is top-ten in the league. Center Al Horford is the anchor on defense for the Celtics, averaging 6.8 rebounds and 1.3 blocks per game. Marcus Morris and Marcus Smart are two of the best wing defenders in the game, with Smart averaging 1.8 steals per contest.

The Celtics came into this season with a ton of expectations and hype, but they have largely underwhelmed up to this point of the season. Point guard Kyrie Irving leads the Celtics with 24.0 points per game this season, but the Celtics have plenty of offensive weapons. Third-year player Jayson Tatum has chipped in with 15.9 points per game. The trouble for Boston has been finding chemistry on a consistent basis, but there is no doubt that they have enough talent to make a deep playoff run.

Even though the Miami Heat have been a much better team at home this season, they just don’t have enough scoring to beat the Boston Celtics. Boston needs this win to get home court advantage in the first round of the playoffs, and they will do all it takes to get it done. The Heat will still find a way to sneak into the playoffs, but this loss will hurt. Bet the Boston Celtics -2.0 over the Miami Heat in this game.

Tonight’s NBA betting schedule is lacking in overly compelling matchups, but tonight’s action will also be taking place with a few notable names missing. Booker, Morant, and Lillard Sidelined Tonight and Beyond Booker Out Versus Pistons Due to Hamstring Injury The Phoenix Suns lost Devin Booker (hamstring) on Tuesday against Golden State but closed out END_OF_DOCUMENT_TOKEN_TO_BE_REPLACED