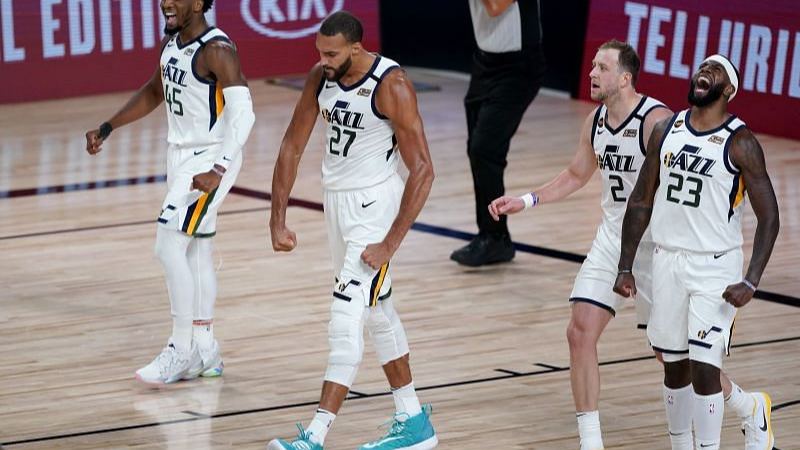 The home team welcomes back a key piece tonight in tonight’s Utah Jazz vs Toronto Raptors, but will it be enough to take down the top team in the NBA? The Raptors are in their worst stretch in years but the Jazz are not going to be looking to help them out. They have their own problems, the are 2-4 SU and 1-5 ATS in March.

What’s Up With the Jazz?

Utah has the best record in the NBA, but they are not playing great right now. Last night they lost at Washington, giving up 131 points in the process.

Mike Conley Jr. did not play in the game, but that is not where you want to point the finger. They got more than enough production from Joe Ingles, who started and scored 34 points. Conley is not on the injury report tonight.

Donovan Mitchell had a big night against the Wizards with 42 points. He is their top scorer and will get lots of attention. Toronto is in a much better position to guard with the roster getting healthier this week.

Thanks to center Rudy Gobert, the Jazz often kill teams on the glass. That is a weakness for Toronto and might determine the game.

Toronto has lost six in a row and eight of nine. The only win in that stretch was over Houston, a team that just might finish with the worst record in the NBA the way things are going. They are in danger of missing the playoffs for the first time since 2012-13.

For most of this stretch, the Raptors have been without starters Fred VanVleet, Pascal Siakam, and OG Anunoby. VanVleet and Siakam returned to the lineup in their most recent game, but their play looked like what you would expect from guys who have been out due to health and safety protocols.

Anunoby returns tonight and as much as that is a benefit on paper, we will have to wait and see. Compared to the others, he is less a focus of the offense, so his rust might not be so apparent. He is a huge part of their defense though, so they need him to perform on that end.

In case you forgot the Raptors are still playing out of their Tampa home. As much as any team in the league they had a homecourt advantage thanks to their fan support in Toronto. As home underdogs this season they are 6-12 SU and 9-9 ATS.