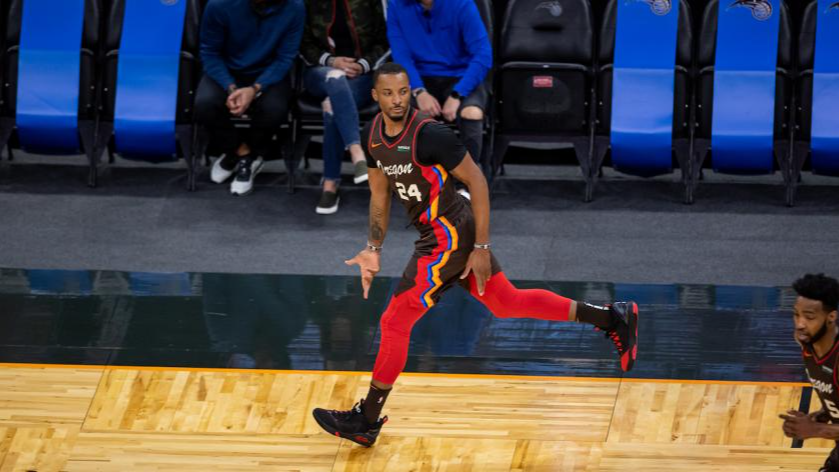 Tonight’s Portland Trail Blazers vs Toronto Raptors matchup features two teams who just did some major NBA trade deadline business with one another. On Thursday, Norman Powell went to the Blazers, while the Raptors received Gary Trent Jr. and Rodney Hood in return.

With these teams tangling so soon afterward, things are bound to be a little awkward, especially for the Raptors. Powell was a contributor to some good Toronto teams recently, including the title squad from a couple of years ago.

These Blazers are Good

The Blazers do not get enough love. Everyone enjoys Damian Lillard, but they are probably not getting enough credit for the season they are having. They have winning records at home and on the road, which only ten NBA teams can boast.

Powell adds some punch to Portland’s offense along with a backcourt that is already one of the most productive in the NBA. It also shouldn’t be overlooked that this is a guy who has performed in the playoffs too.

Just as important is the return to health of center Jusuf Nurkic. He is a better all-around player than Enes Kanter and makes this team that much more dynamic.

Portland is winning 70% of the time as a road favorite this season, so this game is a great matchup for them.

Toronto Still Has a Shot

Dealing Powell was not a give-up for the Raptors. It was a matter of getting something for him at his highest value. Now they pursue a spot in the playoffs with a slightly different cast.

Trent Jr. is not the scorer that Powell is, but he is a better and more versatile defender. Toronto has struggled on defense and are 18th in points allowed this season.

Unfortunately, the move is unlikely to improve Toronto on the boards. They are last in the league in rebounds per game, and watching the team get killed by offensive rebounds must be driving coach Nick Nurse crazy. It is no excuse, but it should be noted that the Raptors are playing small more often than normal. Pascal Siakam does a lot of things well, but outrebounding centers is always going to be tough for him. They might want to start big in this one with Aron Baynes at center.

Toronto has a strong backcourt to match up with Portland’s. Kyle Lowry and Fred VanVleet are both good defenders who won’t give up an inch to Lillard and CJ McCollum. They have to match those two to give the Raptors a chance.

Toronto has struggled all season long so the numbers are not very favorable in most situations. They are 11-10 ATS as a home underdog though, and our consensus NBA picks do back up the hosts to cover and win tonight.