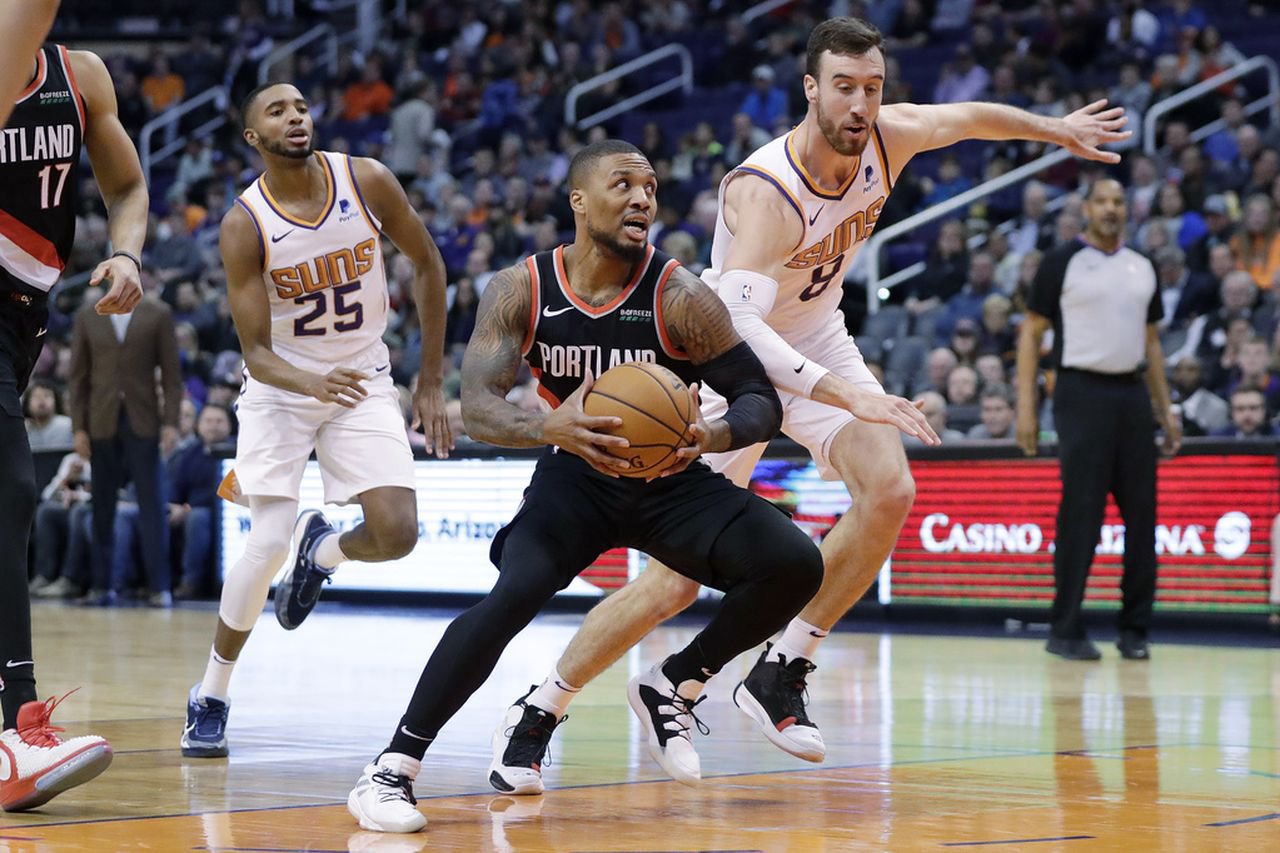 Portland might have done Phoenix a favor by knocking off Utah last night, but don’t expect much gratitude to be shown in tonight’s Trail Blazers vs Suns matchup.

If the Suns can win their final three games and get some help they could finish with the top record in the West. The Blazers might be a little winded tonight but they are still a great test for Phoenix. We will see if this team has anything left in the tank to beat the second-best team in the Western Conference. On the season, Portland is 9-7 SU on no rest.

Blazers Are Going to be a Tough Out

The Blazers picked up a big road win last night against the Utah Jazz. I liked them a lot in the game, but it played out differently than I expected. It was not a high-scoring game, as the Blazers came out on top 105-98.

Portland got production from the usual sources in the win. Damian Lillard and CJ McCollum combined for 56 points. I thought Portland would be able to win by really ramping up the pace with their trio of guards, but Norm Powell was a nonfactor, scoring just 7 points.

Future Hall of Famer Carmelo Anthony was the third leading scorer with 18 points off the bench. Just when you think he might be done he shows a little life. As scary as it might sound, he is probably critical to their playoff hopes. You need a guy who can get you some buckets in that role to help turn a game sometimes.

With no rest, the Blazers are a solid 9-7 SU and ATS. This might be their toughest back-to-back of the season though.

The Suns have lost their last two games, both as a road favorite. It is hard to pinpoint any real weakness from the games though. They did get Jae Crowder back and maybe they just needed some time to adjust to him being back in the lineup.

This is Phoenix’s final home game of the regular season, and home is where the Suns have really excelled. The Suns are 26-9 SU and 23-12 ATS at Phoenix Suns Arena this season.

These teams match up really well, especially at point guard where Chris Paul and Lillard have had a bunch of good battles over the years. Paul has posted double-doubles in the last three games, and even though it seems he is carrying more leadership burden this season than ever, he never seems to tire. It is impressive the way he makes an immediate impact no matter where he goes.

Phoenix has won and covered both times they have played Portland this season. They are scoring an average of 130 points per game in those tilts, so a game with lots of scoring should be expected tonight. That might seem to play to the Blazers’ favor but the Suns are a hard team to keep pace with. They are a very efficient offensive team that can score in lots of ways.

The Suns have been favorites most of the time at home. They are 21-10 in that role.