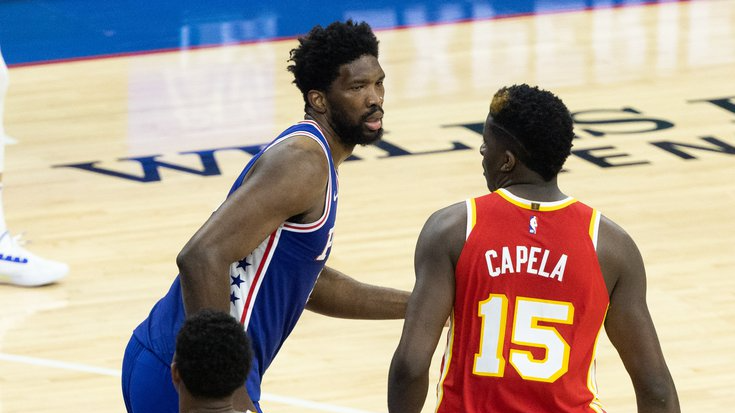 A potential make or break night is ahead in the 76ers vs Hawks series as the two teams face off in Game 4 tonight. Atlanta has to be worried as being at home did not stop the momentum the 76ers had from their Game 2 win. Philadelphia won Game 3 on the road by 16 points, the same margin as their Game 2 win.

I am not saying that means this series is over but it does not look good for the Hawks. When you are an underdog the hardest thing to do is turn the momentum around. Just ask the Denver Nuggets, who had the league MVP on their side but were swept by the Suns last night. Can Trae Young gut Atlanta to a home win?

Winning on the road in the playoffs is never easy, but the 76ers were not overly burdened in the last game.

Once again center Joel Embiid was fantastic. He might have only scored 27 points but with 8 assists, 9 rebounds, and 3 blocks, he was a huge factor in the win.

Ben Simmons had his best game of the series with 18 points. Making only half of his free throws is still concerning, but he was definitely more playable than he has been of late.

The only real negative from the win is that guard Danny Green suffered a calf injury. Furkan Korkmaz will get more run while Green is out, and he was a team-best +24 in Game 3. Green’s absence should not be underestimated though. He has been on so many good teams and is still a strong perimeter defender. He is not shy about taking the big shot either.

Atlanta Finds Itself Down in a Series for the First Time

Home cooking did not do much for the Hawks in Game 3. I am not saying it was the cause, but a bunch of players who were good in the first couple of games of the series in Philadelphia struggled.

Point guard Trae Young had another strong game with 28 points and 8 assists. Those kinds of numbers might lead to winning during the regular season, but they need more from him if they are going to win more in the playoffs as an underdog.

Once again center Clint Capela was outplayed by Embiid. He did grab 16 rebounds, but he made just 3 of 8 shots.

Forward Solomon Hill did not make a shot from the field and picked up three fouls in 14 minutes. I was calling for him to be moved to the bench in favor of Kevin Huerter, who also struggled for the game, making just one shot from the field while committing four fouls. They need more from that duo for sure.

Atlanta sent Philadelphia to the line 39 times in the loss. The 76ers did not make a high percentage, connecting only 64 percent of their foul shots, but getting easy points enabled them to build an early lead, and a slower game makes it easier for Embiid to stay on the floor.

Down 2-1 it will be interesting to see if there are any obvious strategic adjustments made for this game. In all three of the games in this series, they have given up more points than they did against the New York Knicks in the first round.