Clippers vs Mavericks Game 4 Preview: With Doncic Dinged Up, Will the Road Team Win a Fourth Straight Game? 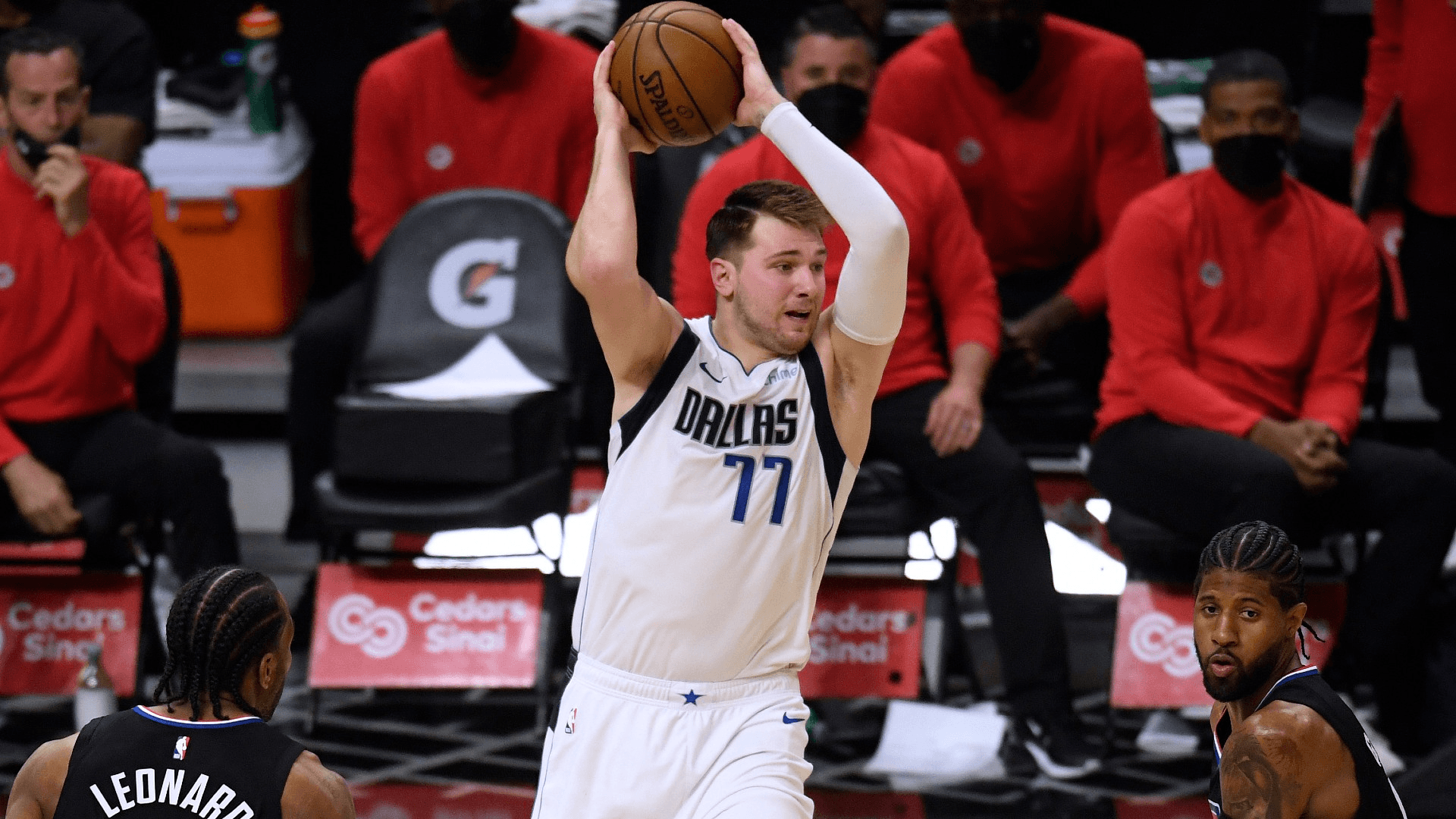 The Clippers vs Mavericks series has been all about the road teams thus far. Will that continue tonight to produce a tied series and an advantage for the Clippers heading back home? Or will Dallas step up with a dinged up Luka Doncic and take a 3-1 lead?

After losing the first two games at Staples Center, the Clippers faced a must-win Game 3 on Friday night. They duly delivered, with Kawhi Leonard (36) and Paul George (29) combining for 65 points in the Clippers’ 118-108 win. There is every bit as much urgency for tonight’s game. Can they deliver again tonight to level the series?

Clippers vs Mavericks odds are via FanDuel Sportsbook as of Sunday, May 30 at 4:45 pm ET. For more NBA betting odds, check out our NBA odds page. It features updated odds from FanDuel and other top online sportsbooks.

Doncic Should Continue to Dominate Despite Neck Strain

It goes without saying that the status of their superstar is most important to the fate of the Mavs tonight and going forward. Doncic dealt with pain in his neck and left arm in Game 3, and he is officially listed as questionable for Game 4.

But he will play tonight, and given his Game 3 production, any pain is unlikely to limit him much. He had his most productive scoring output in Game 3, pouring in 44 points, and he was a rebound and an assist away from his second triple-double of the series. It was also his best shooting performance of the series, as he made 15 of 28 shots from the field and made 7 of 13 three-pointers.

If there is one thing that Doncic could improve upon, it is his free-throw shooting. Doncic was a 73 percent foul shooter in the regular season, but he has not shot well from the line in this series. He made 4 of 7 in Game 1, a woeful 2 of 7 in Game 2, and 7 of 13 in Game 3. That is not encouraging if it ends up being a close game in the late stages.

With one triple-double to his name already and one near-miss in Game 3, Doncic’s triple-double odds are tremendous value even if his health is a concern. At the time of writing, FanDuel Sportsbook has Luka at +390 to record a triple-double.

We can expect another outstanding night for Doncic, but how far will it carry the Mavs? While he had his best individual performance in Game 3, the supporting cast stunk it up for the first time in the series, which made all the difference. Here’s a look at what everyone not named Luka Doncic has done in Games 1-3.

10 of 32 with two-point shots? 10 of 32. That’s a shade over 31 percent. That is unacceptable, no matter how you look at it. The Clippers will have no issue allowing Doncic to go off and for the Mavs to have a solid day from outside if that ends up being the trade-off. Beyond Doncic’s 44-point explosion, no one else scored more than 14 points, and the rest of the starting lineup scored only 41 points combined. In Games 1 and 2, the rest of the starting lineup scored 59 and 64 points, respectively.

That Game 3 dud was the first time this season that the Mavs have failed to make at least 40 percent of their two-point shots, so it’s safe to assume there won’t be a repeat performance in Game 4.

Whether or not they finish the game strong will be what matters, but the Mavs have started strong thus far. In each of the first three games, Dallas led after the first quarter.

Points, Points, and More Points Are the Way to Play Today

There hasn’t been much said about the Clippers’ success on offense in Game 3, and there really isn’t much to say. They have relied on their two superstars in the series, and Game 3 was no different.

On the team front, the road team has scored 113, 127, and 118 points in the first three games. Tonight’s points total for the Clippers is 111.5. Whether that merits consideration might be down to if you also choose to back the Clippers to take the win. The home team only hit that mark in Game 2, when the Clippers scored 121 in their six-points loss.