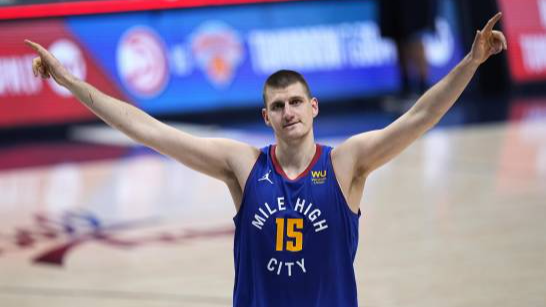 Game 5 of the Nuggets vs Trail Blazers was the best game thus far of this season’s NBA playoffs, and it’s not remotely debatable. Denver’s defending in some key moments is another story entirely, but they survived Dame Time in a double overtime classic to take a 3-2 series lead.

The series shifts from Denver to Portland for tonight’s Game 6, and the Nuggets have their eyes on a place in the second round against the winner of the Lakers vs Suns series. Can Damian Lillard produce more magic to take the series to seven? Or will the Nuggets put Portland away tonight?

Nuggets vs Trail Blazers odds are via FanDuel Sportsbook as of Thursday, June 3 at 11:25 am ET. For more NBA betting odds, check out our NBA odds page. It features updated odds from FanDuel and other top online sportsbooks.

Will History Repeat Itself Tonight?

While the Blazers have their backs against the wall after Tuesday’s defeat, recent history gives good reason for Portland punters to feel positive still.

Two years ago, these two teams faced off in the Western Conference semifinals. In Game 5 in Denver, the Nuggets routed the Blazers by 26 to take a 3-2 series lead. But the Blazers took Game 6 at home by double digits behind 30-point games by Lillard and CJ McCollum, sending the series back to Denver for a Game 7. Then in Game 7, McCollum took over with Lillard struggling, scoring 37 points to knock out the Nuggets on their home floor.

The Blazers could certainly use another big night from McCollum in this spot. He has yet to put up big numbers in this series, averaging only only 20.6 points per game. And other than a 9 for 12 performance in a Game 2 loss, he has not shot well. In Game 5, he was 7 of 22 overall and 2 of 8 from three. Also, he made a crucial turnover in the second overtime, stepping out of bounds with the Blazers down three in the waning moments.

McCollum did not contribute much in the first two playoff series of his career, which came in his rookie season, during which he had a limited role. But in every series since, he has had at least one 25-point game, and he has had at least one 30-point game in six of nine completed series. And he has a history of performing well in elimination games in that period. Across those nine series, the Blazers have faced elimination games. In those nine games, McCollum has averaged 27.9 points per game and has five 30-point games.

Based on that history, look for McCollum to deliver tonight.

A lot of the focus tonight will be on how Lillard will follow up the clutch shot-making clinic he put on in Tuesday night’s 55-point performance. That should be the case as well. But McCollum is every bit as important to the Blazers’ hopes to win Game 6 and win this series.

Should the Spread Be Different After Tuesday’s Tight Tilt?

There might be a lot of temptation to back the Nuggets to cover tonight based on Tuesday’s thriller, but should that temptation be resisted?

After last night’s action, road teams are 12-8 SU and ATS in the four Western Conference series. But this is one of the two series in which home teams have had more success than road teams, with the Suns vs Lakers series being the other. The home team is 3-2 SU and ATS in this series, and the home team has covered in each of those wins.

Things have gone well for favorites in the postseason as well. Favorites were 2-2 ATS last night, with the 76ers and Jazz covering and the Knicks and Clippers failing to. But between the six play-in tournament games and 39 first-round games, favorites are 29-16 ATS. That’s a 64.4 percent success rate. In this series, the Nuggets covered in Games 2 and 5 as the favored team at home, while the Trail Blazers covered as a home favorite in Game 4.

With those favorable percentages in mind, it’s also worth noting that only eight of 45 games (17.8 percent) in this postseason have been decided by five or fewer points.

Can Jokic and the Nuggets Close It Out?

None of this is to discredit the Nuggets, who have won in Portland in this series and will be on a high after pulling out the win on Tuesday despite themselves. Denver let a 22-point first-half lead evaporate and could have been in meltdown mode at a number of points. They fell behind by six in the third and failed to seal the deal at the end of regulation and first overtime, but they didn’t fall apart when they easily could have.

Nikola Jokic was a big reason for that, and he will be the main man again tonight, as he has been all season. After a rough Game 4, the MVP did MVP things in Game 5. He scored 38 points, snagged 11 rebounds, blocked four shots, and finished an assist shy of his first triple-double of the series. That was more like it from Jokic, who had only 12 assists in the first four games.

Jokic is averaging 32.4 points per game and 11 rebounds per game in this series. He has four games with at least 34 points and three with at least 11 rebounds, and he has made multiple threes in four of five games. So all of the above props have a lot of value tonight.

As for the outcome, the spread is a toss-up, but the Blazers have the moneyline edge. There are some series that seem destined to go the distance, and this one has that feel. But looking beyond the gut feeling, the numbers also favor a Blazers win and cover tonight.