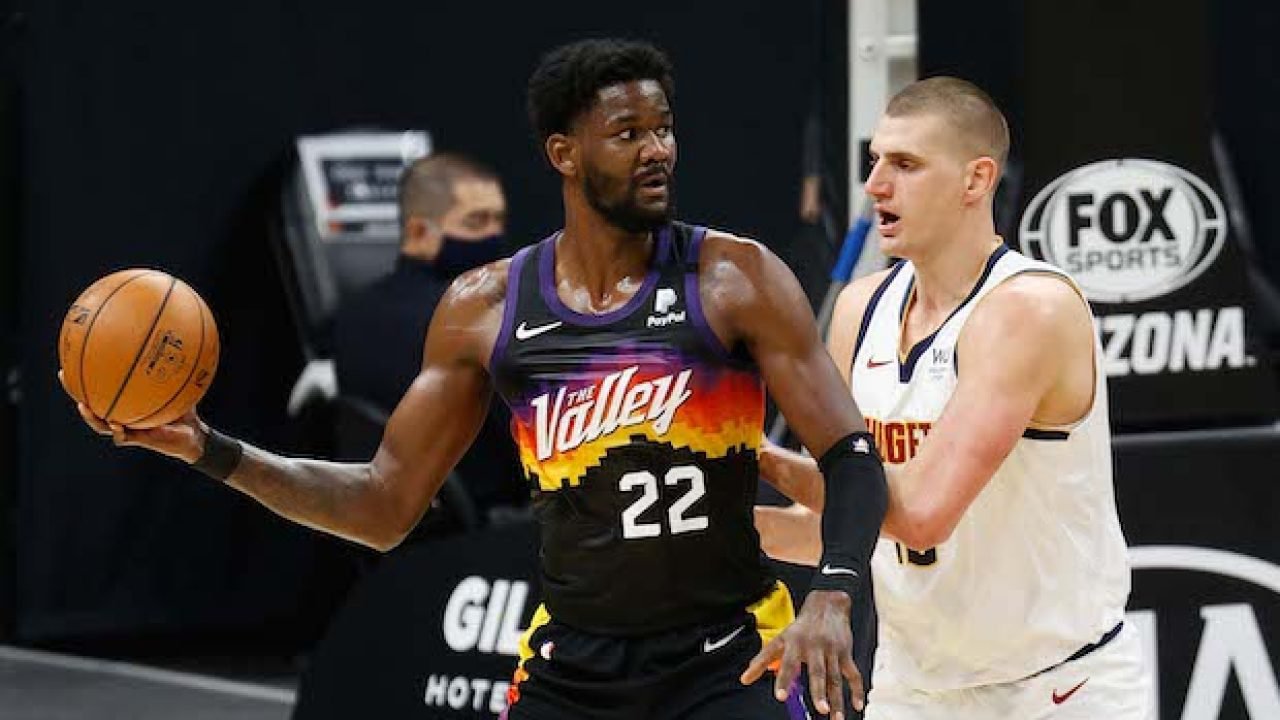 Round two of the Western Conference playoffs begins tonight with the opener of the Nuggets vs Suns series.

Both teams needed six games to best their first playoff opponents, showing familiar strengths and weaknesses in doing so. These teams have very different ways of beating teams and played each other very close during the regular season. Phoenix is the favorite tonight, but it could definitely be a letdown spot for a team without much recent playoff experience.

Nuggets vs Suns odds are via FanDuel Sportsbook as of Monday, June 7 at 2:35 pm ET. For more NBA betting odds, check out our NBA odds page. It features updated odds from FanDuel and other top online sportsbooks.

During the regular season, Denver won twice at Phoenix, on back-to-back nights in January, and in overtime on both occasions. That could be an indicator of the kind of series to expect.

In those games, in the series win against Portland, and all season long, center Nikola Jokic has been tough to stop. The big man was not racking up assists against the Blazers, but he averaged 33 points per game on efficiency levels comparable to what we saw during the regular season. That is tough to do.

Forward Michael Porter Jr. has a high ceiling, maybe even Kevin Durant high. For this game and this series, the Nuggets just need him to be dependable. A massive game might guarantee a win, but they need him to at least slot in as their second-leading scorer.

When lead guard Jamal Murray got hurt, the Nuggets could have gone into the tank. They have done anything but. The trio of Monte Morris, Austin Rivers, and Facundo Campazzo have been good enough. That said, not having Will Barton hurts as well.

Denver is getting more love from the market in this one, but being a road underdog has not been a strong role for the Nuggets. They are just 6-6 SU and ATS. However, that does include 2-1 as a road underdog in the postseason.

Suns Seek to Build On Opening Round Success

While I know it might kill the ratings, I am quite happy to see LeBron and the Lakers gone after the first round. It might have looked a little different than what we saw, but I think Phoenix could have beaten a healthy Lakers team too.

Health will be key for Phoenix, especially that of veteran guard Chris Paul. With Devin Booker, he needs to dominate to overcome the talent imbalance that Denver has in the frontcourt.

It is going to be very interesting to see how the Suns are going to guard Denver. Jokic is nearly impossible to defend, and I am still not sure whether it is better to go big or small against him. Nevertheless, Phoenix needs Deandre Ayton to be a factor on both ends, and forwards Mikal Bridges and Jae Crowder are going to have to be solid on defense throughout the series.

Phoenix has lost only 10 games at home this season, and the Nuggets were the only team to beat them twice. Both games were with Murray though.

The Suns have generally been great as a home favorite this season, coming in at 23-11 ATS including the playoffs.