Nuggets vs Suns Betting Preview: Phoenix Has Been Tough to Burn at Home 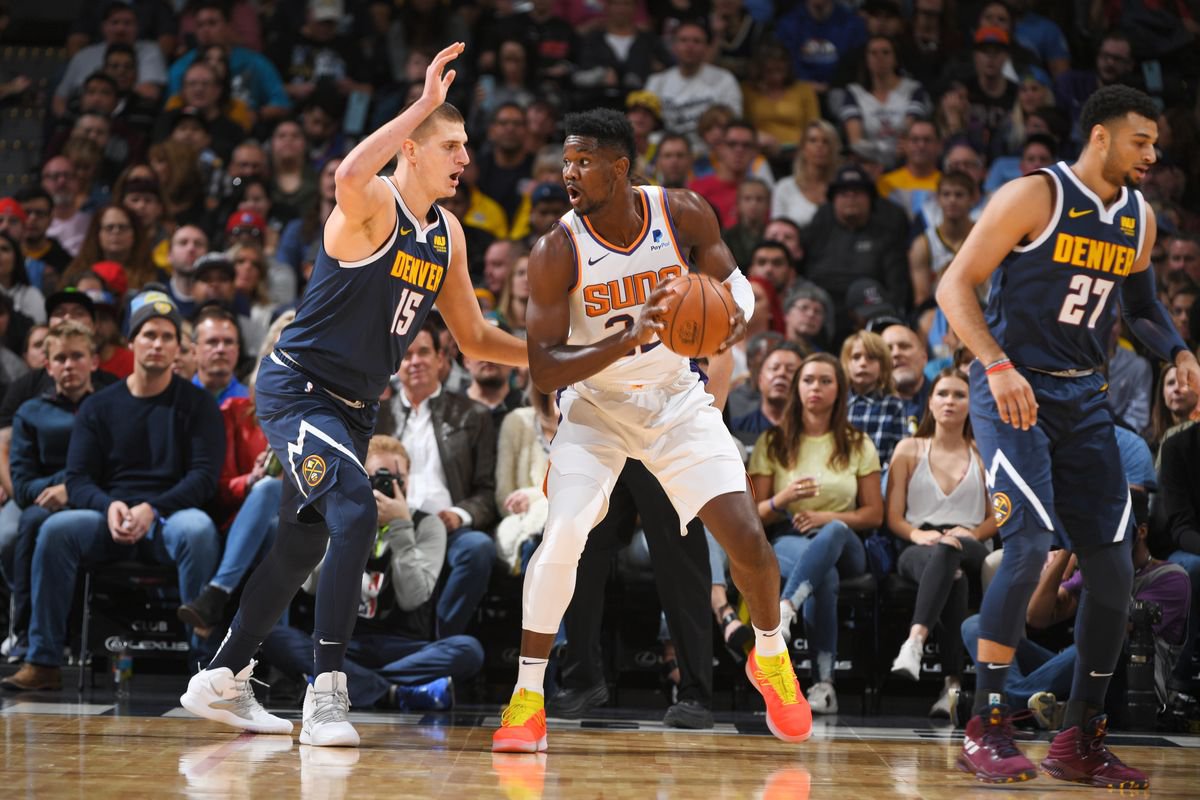 Only one win separates the Nuggets and Suns while the NBA stories surrounding them could not be more different. If Denver wants to be among the elite teams in the West they have to take games like this one against Phoenix.

If you like battling duos this game is a good one. DeAndre Ayton might be the most athletic center in the game, and Nikola Jokic the least. Let’s see how that turns out. Jamal Murray and Devin Booker are both former Kentucky Wildcats who can fill it up, taken in nearly the same spot in the draft a year apart. These are the matchups that are going to determine who wins the game.

Matchup: Denver Nuggets (7-7, 3rd in the Northwest Division) vs Phoenix Suns (8-5, 3rd in the Pacific Division)

The Nuggets have struggled this season, especially compared to lofty expectations. They are back at .500, again, so let’s see if they can surge from there. They are fifth in the NBA in scoring thanks to Murray and Jokic, but with Michael Porter Jr. out they are struggling to find that third option.

Guys like Will Barton and Gary Harris are having some games but the consistency just isn’t there. They have an intriguing rookie class of RJ Hampton, Zeke Nnaji, and Markus Howard. They are getting absolutely nothing from this group though. They are not playing much but it’s hard to tell whether that is a chicken and egg thing. I am intrigued by Howard who just knows how to score.

The Suns have been struggling with consistency of late. They are just 3-3 SU over their last six games and they were favored in each of those three losses. None of those was against particularly strong teams, and all were on the road. That shows where this team is in its development. Winning the games you are supposed to and winning on the road are signs of team growth, they are on the way but not there yet.

There is a lot to like about Phoenix right now though. Chris Paul has been a very good addition even though his 13 points per game are very modest. Ayton averages a smidge more and that is a source of points they should be developing. Mikal Bridges has elevated his game big time playing great defense while making 44 percent of his threes. He is actually second on the team in scoring.

With the Nuggets' disappointments has come a poor ATS record, just 5-9. Included in that result is an O-3 SU and ATS record as an underdog like they will be on Friday night. While I think there is a great chance that Jokic posts another one of his triple-doubles I am leaning to the Suns' side here.

Jokic likely outplays Ayton, Murray, and Booker very likely cancel each other out while the supporting cast favors the Suns. Chris Paul is not going to explode in this one but he will keep the ball humming and make those keys plays that make a difference between winning and losing. That is what he has been doing all season. Phoenix is 3-1 SU and ATS at home this season. The average spread in their games at home is 8 points per game. That’s more than enough to cover in this one.