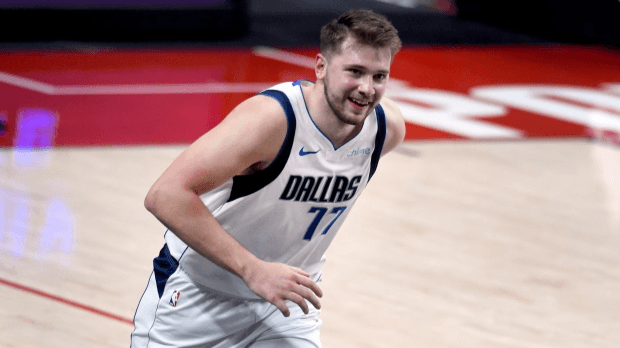 Tonight’s Mavericks vs Heat matchup shapes up well for the visitors, who are a profitable 18-14 ATS on the road this season. Miami might be rounding into form, but they are struggling with injuries now too. Jimmy Butler and Bam Adebayo might be able to best Doncic without his running mate though.

Sacramento is one of the worst teams in the NBA. That is why it makes no sense that the Mavericks, a team bound for the playoffs have lost three times to the Kings in their last nine games. Against everyone else they are a perfect 6-0. Go figure.

Health could be a factor tonight as the Mavs are missing three key contributors. Forward Kristaps Porzingis and guard Tim Hardaway, Jr. are the second and third-leading scorers on the team, while big man Maxi Kleber can space the floor and do some of the dirty work inside.

With the absences that puts more on Luka Doncic. He is one of the rare players who can be great with extra usage but Miami is a strong defensive team and the matchups are not great. He is likely to see a lot of Jimmy Butler and Trevor Ariza, two strong defenders with size. When Luka is not efficient with his offense Dallas can look pretty ordinary. This might not be a good spot tonight even though they are the consensus play.

Miami Trying to Peak at the Right Time

The Heat are playing some solid ball right now, having won three in a row. They have their own injury concerns too, as guards Victor Oladipo and Tyler Herro are out. They were not getting much from those guys this season, but they can play in their top eight when they are playing as they can.

All season long the challenge for Miami has been scoring. Butler is their top scorer at 21 points per game, but he has missed time and shot only 20 percent from three this season. Thankfully he has other things in his arsenal.

Forward Bam Adebayo continues to get better, but I still see him as a complimentary piece. He makes good decisions, but his presence out there is not enough to tilt the defense. You can’t have him out there with second unit players and expect too much.

Last season, when they went to the Finals the Heat had great depth. That seems to have evaporated this season. Injuries have forced guys into expanded roles and players like Goran Dragic, a savvy veteran, have struggled. Miami is destined for the playoffs, but the outlook is not great.