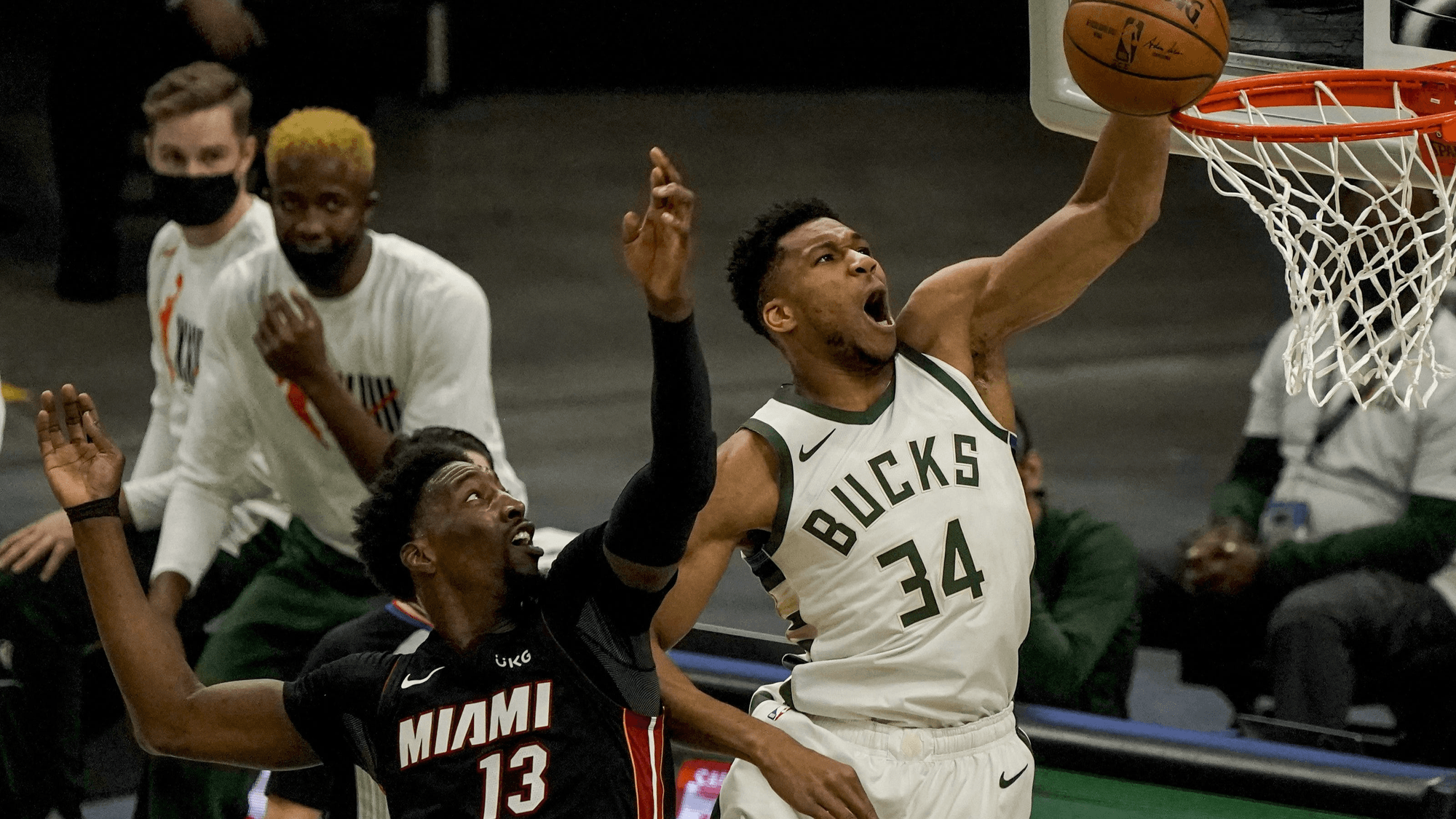 The Heat vs Bucks series opened the first round of the NBA playoffs with a real bang. What’s in store for tonight’s Game 2?

After eliminating the Bucks in the playoffs last summer, it certainly looks like the Heat are going to push them again this season. Miami and Milwaukee needed overtime to determine a winner in their Game 1 matchup on Saturday. It was an ATS win for Miami but exactly the kind of win that Milwaukee needs if they want to have successful playoffs, substance over style. Game 2 offers the chance for Miami to get back in it or for the Bucks to take control. The spread is about the same, but the total has come down from the series opener after the overtime under.

Controlling the Pace is Critical

In some ways, the Heat got the game they wanted in Game 1. They were able to hold the Bucks to under 100 points during regulation, and when you can do that you usually win against Milwaukee.

The problem was that while Milwaukee’s stars were making their shots, Miami’s were not. Jimmy Butler shot 4 for 22 for the game, while Bam Adebayo was 4 for 15. Butler made a huge layup to tie the game, but they need both of those guys to be more effective if they are going to have a chance to win in this series

What is encouraging is that they did get that secondary scoring they were looking for. Duncan Robinson and Goran Dragic combined for 49 points, and if they can keep that up Miami has a great chance to compete in the series.

Miami has the reputation of a resilient group and they are not going to fall apart after the loss. However, during the season they were only 18-17 SU and 15-19-1 ATS after a loss.

Milwaukee Has a Big Three Too

Giannis Antetokounmpo had 26 points and 18 rebounds in the Game 1 win for the Bucks. That is fairly typical production for the “Greek Freak”, even though he did not shoot it well.

Milwaukee won on a Khris Middleton jumper, and the trio of Giannis, Middleton, and Jrue Holiday all scored at least 20 points in the win. Holiday was the most efficient of the bunch and grabbed 11 rebounds to go with three assists and three steals. That group is not as imposing as what the Brooklyn Nets have, but when your stars play well teams usually win in the playoffs.

Beyond those three, Brook Lopez also scored 18 points, but nobody else scored more than five. That might scream depth issues, but I am not really concerned.

Game 1 was a tight one, and the Bucks leaned heavily on their starting unit. However, the bench shot an effective 7 for 14 combined. Usually, Milwaukee plays at a faster pace and the reserve unit puts up more points, but Game 1 is what they want really. When it matters most, you want to concentrate usage amongst your best players, and that is what Milwaukee did.

Milwaukee has rarely lost as a home favorite this season. They are 27-8 SU.