Lakers vs Suns Game 2 Betting Preview: LeBron, AD Must Get Hot to Cool Down Suns and Even Series 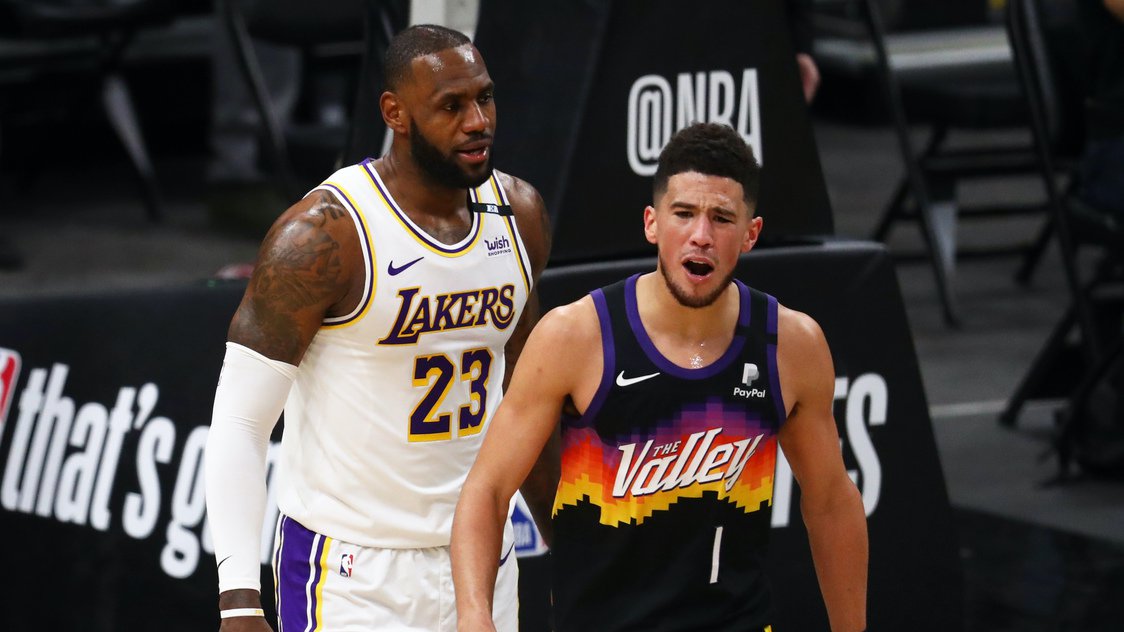 Game 1 of the Lakers vs Suns series went the way of the home team, thanks to some superb defense. But despite their series-opening loss to the Suns, the defending champion Lakers are still favored to win the series, so a response is expected in tonight’s Game 2. Will that response occur, or will the Suns take a 2-0 lead to Los Angeles?

In last season’s playoffs, the Lakers lost the series opener in each of the first two rounds, then proceeded to close out each series 4-1.

In the first round, they fell into an early hole against the Portland Trail Blazers behind a 34-point performance by Damian Lillard. They then took the next four games, including two by more than 20 points, to move on to the second round.

In the opener of the Western Conference semifinals, James Harden scored 36 to lead the Houston Rockets to a 15-point win. That would be the high point of the series for the Rockets, who were brushed aside by double digits in three of the final four games.

Will we see a similar result occur in this series? Or will the Suns make the most of their home court advantage and end the Lakers’ repeat run at the first hurdle?

Lakers vs Suns odds are via FanDuel Sportsbook as of Tuesday, May 25 at 11:40 am ET. For more NBA betting odds, check out our NBA odds page. It features updated odds from FanDuel and other top online sportsbooks.

When the Lakers faced challenges in the playoffs last season, LeBron James and Anthony Davis delivered time and again. Either LeBron or AD scored at least 25 points in all of the Lakers’ 21 playoff games, with AD averaging 27.7 points per game in the postseason and LeBron 27.6.

Well now another challenge lies before them, and two of the NBA’s brightest stars need to live up to their billing. Sure, the supporting cast needs to contribute as well, but it is an indisputable fact that the Lakers will not make it far without their leaders leading. In Game 1, AD was 5 for 16 from the field and scored only 13 points, while LeBron was 6 for 13 and scored only 18 points. The Suns deserve major credit, as that is exceptional from a defensive standpoint. But that production is not going to cut it for the Lakers.

Fortunately, history and reason favor a response tonight for both players. Sunday was only the 29th time in 261 career postseason games that LeBron failed to score at least 20 points. In the game following the first 28, he scored 25 or more points 19 times, including 12 30+ point games.

Meanwhile, Sunday was the third straight game in which AD scored under 15 points. He has had his ups and downs in the scoring department this season, but he is too good of a player to continue that streak. If LeBron has a bounce-back performance, he is unlikely to be alone in the fun.

Can Defense Dominate for the Suns Again?

With the Lakers being penciled in as series favorites, even with home court disadvantage, the Suns could not have made a stronger statement with their Game 1 win.

The Suns took the lead for good with a little over five minutes left in the first quarter, and they held at least a three-possession advantage for much of that final 43 minutes. The Lakers made a brief push to pull within seven in the fourth, but it was short-lived and snuffed out short of a meaningful rally.

The Lakers shot only 43.4 percent from the field and were only 7 for 26 from three, and they compounded their issues by missing 11 of 28 free throws. Along with playing well defensively, the Suns overall did better at doing the little things. They had 16 offensive rebounds, made 10 of 12 free throws, and made the clutch plays when needed to keep the Lakers at bay.

It is a big ask for the Suns to hold the Lakers under 100 points again. But if they could manage to do so, it would likely result in a 2-0 lead. Between the regular season and postseason, the Suns are 20-1 when holding an opponent to 100 or fewer points.

How much will Chris Paul’s health be a factor in Game 2 and beyond? Paul injured his shoulder in Game 1 but soldiered on through the pain, and he hit a rally-killing shot in the fourth to help wrap up the win.