Can the Pelicans Break a Losing Home Trend Against the LeBron-less Lakers? 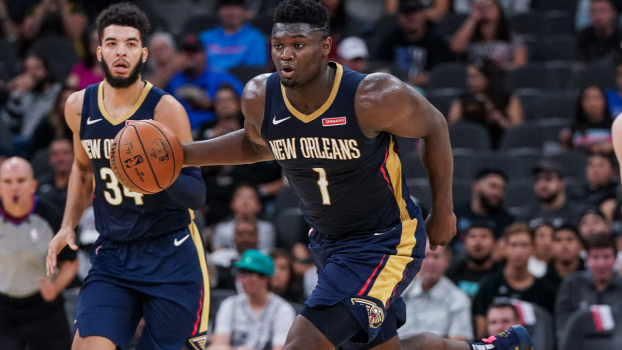 Ahead of tonight’s Los Angeles Lakers vs New Orleans Pelicans matchup, the defending NBA champions are at a crucial point of their season. Without their two biggest stars, the Lakers are severely wounded. As a result, they are going to be leaning on some players they would really rather not as they navigate the immediate schedule. New Orleans may have just had an impressive win at Denver, but any team that can lose to Minnesota by 30 at home is one to be leery of.

Where Do The Lakers Turn?

The Lakers are going to be playing without LeBron James and Anthony Davis tonight and without one or both for the foreseeable future. They always knew they would want to manage their stars' minutes but are now in a tough spot win injuries doing it for them. AD has been out for a while, but in their first game without LeBron they lost meekly at Phoenix on Sunday.

If there was ever a time for forward Kyle Kuzma to show his game it is now. Unfortunately he could only muster 13 points in the loss to the Suns, even with the start. Wesley Matthews was even less useful even though he got a start too. He missed all five shots he took and did not score a point in 13 minutes. He has been a big disappointment this season.

Dennis Schroder and Montrezl Harrell are going to have to use even more possessions. They are never shy, but can the Lakers regularly win that way while shorthanded?

This is an unfamiliar position for the Lakers, who have not been an underdog much this season. They are 1-4 SU and 2-3 ATS in that role.

This Pelicans team is one of the most interesting teams in the league. Every night Zion Williamson seems to put up another monster efficient game, but it generally ends with them losing. Brandon Ingram is not grabbing the headlines, but his numbers are usually very good too. Alas, this team is well under .500.

A key deficit for the Pelicans is their defense. Neither of the players above are great defenders, even though Zion makes the occasional highlight block. New Orleans is 25th in the NBA in points allowed.

That is why it is curious that Lonzo Ball has been involved in many trade rumors this season. He may not be an elite offensive performer, but he has good positional size and is one of the few guys who guards every night. He leads the team in steals. However, he is listed as questionable tonight.

The Pelicans have not been good as a home favorite this season. They are 6-14 ATS in that role. But this is a good spot for them, with the Lakers still trying to adjust to life without LeBron. Our consensus NBA picks back the Lakers to cover, but it is best to fade or avoid them until and unless they show they can perform without their stars.