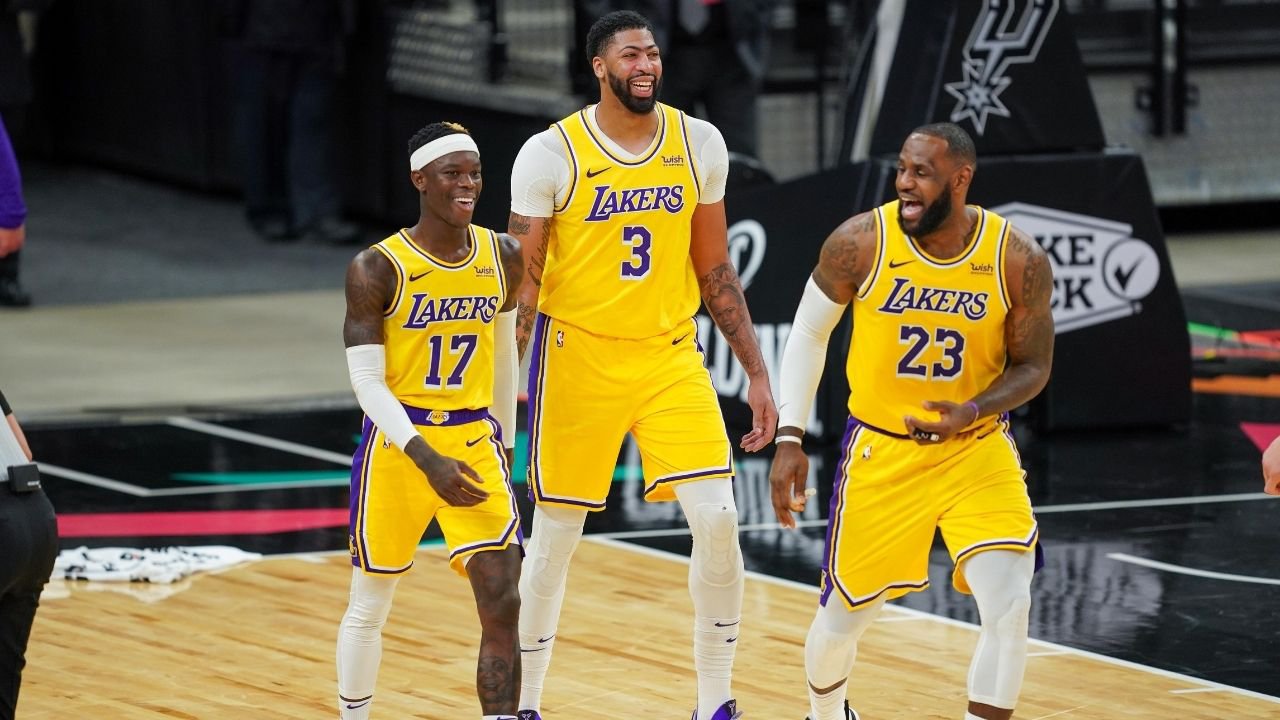 Of the five NBA games that will take place this afternoon, Lakers vs Pacers is the one that has significance for the playoff picture in both the East and West.

In the Eastern Conference, the Pacers are attempting to avoid needing to win two games to book their place in the first round of the playoffs. The Pacers are currently ninth in the East, but they have their eye on eighth. If they finish eighth, they will need to win only one game to advance. If they lose out to the Charlotte Hornets or Washington Wizards, they will have to win twice to advance.

In the Western Conference, the Lakers are currently seventh. If that holds, they would face either the Memphis Grizzlies or Golden State Warriors in the play-in tournament. For the Lakers to avoid the play-in, they will need to win today and tomorrow in New Orleans against the Pelicans AND have the Portland Trail Blazers lose at home to the Denver Nuggets tomorrow night.

The first domino that needs to fall is this matchup, and their hopes could be buoyed by the return of the trio of LeBron James, Anthony Davis, and Dennis Schroder. Let’s take a look at the matchup and where the betting value lies for this East vs West tilt.

Lakers vs Pacers odds are via FanDuel Sportsbook as of Saturday, May 15 at 11:55 am ET. For more NBA betting odds, check out our NBA odds page. It features updated odds from FanDuel and other top online sportsbooks.

Timely Returns Possible for Lakers With Seeding at Stake

Since Valentine’s Day, LeBron, AD, and Kyrie Irving’s favorite person (also known as Dennis Schroder) have been on the floor together once in 42 games. It’s safe to say that outcome is not the one they would have envisioned even when AD was initially sidelined.

But in this most unpredictable of NBA seasons, the unpredictability has swept up the Lakers as much as or more than anyone else. So much for the narrative that good teams get all the luck, right? AD has missed 36 games, with 30 coming in a row due to his Achilles injury. LeBron has missed 27 games, 20 in a row due to his initial ankle injury and six more since reaggravating it. Schroder has been in the league’s health and safety protocols twice this season and has missed 11 games.

But all three could be available this afternoon, which would be a massive boost for the reigning champs. Even if they are unable to slip past Portland for the sixth seed, it would be huge to be able to get their leading trio a couple of games before a possible play-in tournament showdown with Steph Curry and the Warriors. It seems like a decade ago at this point, but the Lakers were 21-6 when AD went down against the Denver Nuggets. A full-strength Lakers squad could navigate any matchup.

Whether one, two, or all three play today, the Lakers are finally trending in the right direction. They have won three games in a row to remain in contention for the sixth seed. That win streak has been aided by starring roles by the usual supporting cast.

In last Sunday’s win over the Phoenix Suns, Alex Caruso and Kentavious Caldwell-Pope both scored 17, and Ben McLemore hit four threes to back up AD’s 42-point effort.

Davis sat out Wednesday’s tight triumph over the Houston Rockets due to groin tightness. That left the supporting cast to need to take over and take charge, and they did just that. Horton-Tucker led the way with 23 points, and Kuzma, Drummond, Montrezl Harrell, Markieff Morris, and Alfonzo McKinnie all scored in double figures. With the bigger names set to return, those performances are big with NBA championship odds and NBA futures betting in mind.

But first, there’s the matter of taking down the Pacers this afternoon. The Lakers are only 1-5 SU in their last six road games. The lone win was against the woeful Orlando Magic on April 26.

Can the Pacers hold serve at home to help their hopes? They did have an impressive win over the East-leading Philadelphia 76ers on Tuesday and put up 133 points in a loss to the Milwaukee Bucks on Thursday. But Sixers star Joel Embiid did not play on Tuesday, and the Pacers surrendered 142 points to the Bucks.

While the Lakers could have their best five on the floor, the Pacers will be unable to say the same. Starters Myles Turner (toe) and Malcolm Brogdon (hamstring) have both been out since last month, and they remain out. Those are the most notable guaranteed absences, but the injury list is long overall.

Guard Jeremy Lamb (knee), a double-digit scorer, has also been out since last month. Backcourt mate Edmond Sumner (knee), who has started 24 games, will miss a third straight game. And Domantas Sabonis, Caris LeVert, and Aaron Holiday are all listed as questionable. The latter two missed Thursday’s game, while Sabonis suffered a knee injury against the Bucks.

That Indiana scored 133 points against Giannis Antetokounmpo and the Bucks is impressive given the team’s injury issues, however. So don’t necessarily be quick to count them out against the Lakers, even if LeBron and co. are active. In fact, the Pacers have the lean as the consensus spread play in our NBA picks for this matchup. However, they are 4-11 SU and 6-9 ATS as a home underdog this season, so this spot has not seen much success.

That said, it would be wise to hold off on any Lakers vs Pacers bets until it is announced who is and isn’t playing.