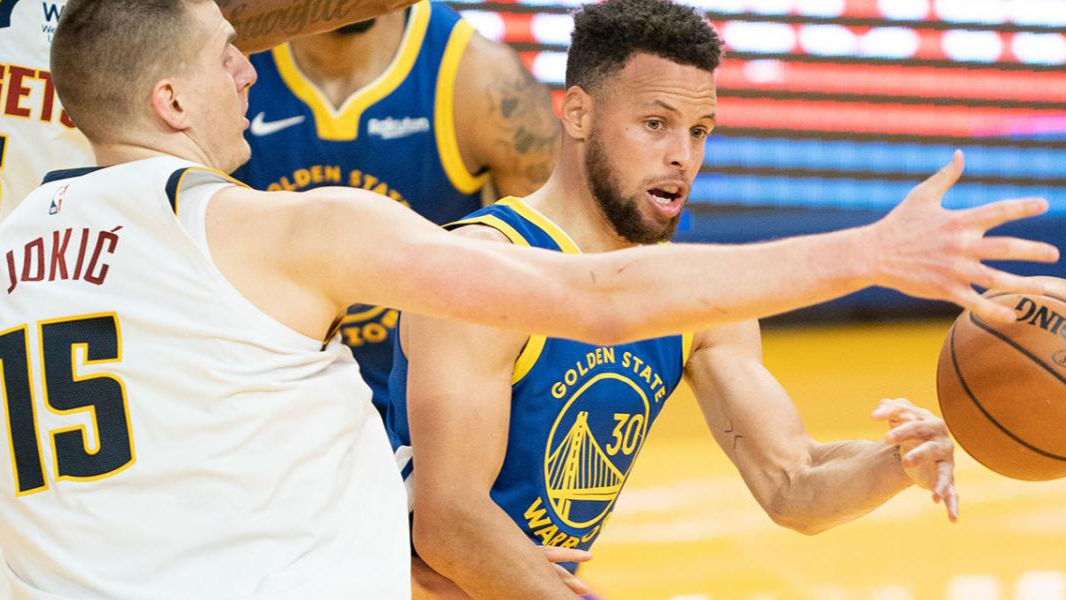 Center Nikola Jokic might be the NBA MVP this season, but Denver’s title hopes took a hit with Jama Murray’s recent ACL tear. However, since then the Nuggets are 4-0 and looking to push that record further at Golden State. The Warriors have the NBA’s leading scorer in Steph Curry, but it is hard to know from game to game whether anyone else steps up to support him.

Nuggets Have Best Frontcourt in the NBA

Jamal Murray is a very good player, and two years ago it looked like he was going to be the lynchpin for an emerging Denver team. Now it is clearly Nikola Jokic who is their best and most important player, and his value is growing.

What is interesting is that in a league that is getting ever more perimeter-dominated, the Nuggets are having success by doubling down on their frontcourt. They took a risk in drafting Michael Porter, Jr. and have been developing him into a versatile star. More recently, they traded for Aaron Gordon at the NBA trade deadline. They are 11-2 SU since they acquired Gordon, with one of those losses to Golden State.

For tonight the backcourt is going to be extra thin. In addition to Murray being out, Monte Morris, his replacement is also hurt. Denver has been turning to rookie Facundo Campazzo to be the lead guard, and I think the markets are not sure of how to evaluate this team with him in that role. Though it is less than ideal for Denver, their frontcourt strength enables them to overcome it.

Denver is still the NBA betting favorite tonight, and they are 15-7 as a road favorite this season.

Steph Curry has been sizzling in the second half, taking over the league scoring lead. That is no surprise as he has done it before, and when he is on the Warriors can compete with anyone.

When he is off it can get ugly, like in their last game when the Warriors blew a big fourth-quarter lead. Curry was just 7 for 25 for the game, and nobody else was able to fill the void as second-leading scorer, forward Andrew Wiggins shot 5 for 20. The thing that saved them against the Wizards was that Jordan Poole and Kelly Oubre, Jr. combined for 8 three pointers. I am not sure they can count on that happening regularly.

Golden State is the consensus play tonight as a small home underdog, but they are so dependent on Curry being elite that they are a tough team to back. Thanks to Draymond Green they are not a disaster on defense, but that aspect of their game is not strong enough to carry the team.

I see Denver as an especially bad matchup because Golden State doesn’t really have the size to compete with that great frontcourt. That puts even more pressure on the Warriors to be able to successfully bomb away from the outside to even things up. When Curry is on, that strategy can work but if he struggles at all it can all fall apart quickly.

As a home favorite the Warriors are profitable but as home underdogs they are just 7-7 SU and ATS.