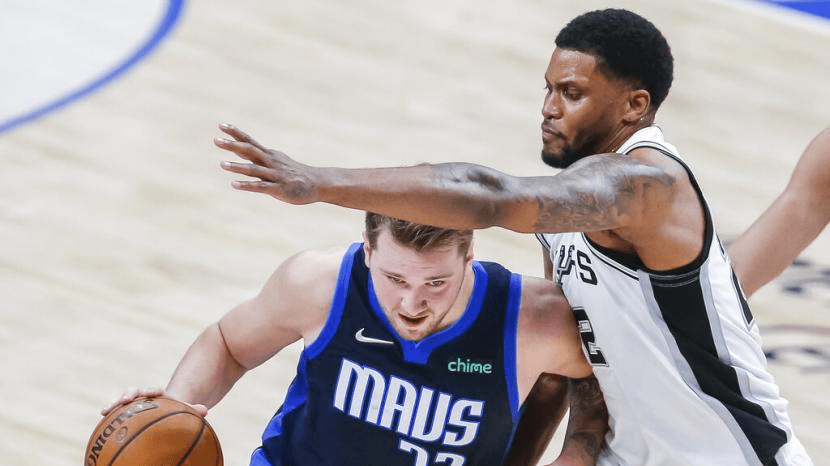 Tonight’s Dallas Mavericks vs New York Knicks matchup is between two of the more interesting teams in the NBA right now. Both are having success and could not be more different. New York is winning by grinding down opponents. It may not be quite the way they did in the 1990s, but they are defense first. Meanwhile, Dallas is leaning on one of the most creative players in the NBA. It is a great contrast of styles that will play out on Friday night.

Dallas went 9-5 in March and start the month at the top of the Southwest Division. Once Houston traded James Harden to Brooklyn it was assumed this group would take the division with ease, but that has not been the case. It has taken a while for them to get to the top.

The Mavs are coming off of a nice win at Boston and still have some room to grow once they can get JJ Redick on the court. His shooting and veteran presence will be an asset.

Until then, Luka Doncic is the story every night. Or at least most nights. Sometimes Kristaps Porzingis looks like the unicorn he was supposed to be when Dallas acquired him from the Knicks. Yes, these teams are going to be linked as long as he is around, which is going to be for some time.

Being a road favorite has been a great spot for the Mavs. They are 9-3 SU and 8-4 ATS in that role.

New York has lost their last two games, and whenever a team loses to Minnesota it has to sting a little, especially when you lose by a point.

The Knicks were shorthanded in that game with no Mitchell Robinson and no Derrick Rose. Those two are out again tonight with Robinson out indefinitely and Rose questionable. Also on the injury report this evening is RJ Barrett. He scored 23 points against Minnesota in the loss.

If Barrett can’t go that puts even more pressure on Julius Randle. He is having an MVP-caliber season, but it is tough in the NBA when you can only put one scoring threat on the floor. This is a defense-first team, but as they have learned throughout the season you have to be able to post more than 10o points if you want to win regularly.

The Knicks are the top defensive team in the NBA in terms of points allowed and field goal percentage allowed. Playing a more methodical style helps, but you have to worry about their ability to score right now.

The Knicks have been very profitable at home this season with a 13-8-2 ATS record. The latest NBA odds favor the Mavs by a healthy margin, but our consensus NBA picks lean toward the Knicks covering tonight. Having multiple key players injured certainly makes that a tough task, however.