Hawks vs Hornets: With Young Out, Hornets Backed to Strengthen Hold on Fourth Seed in East 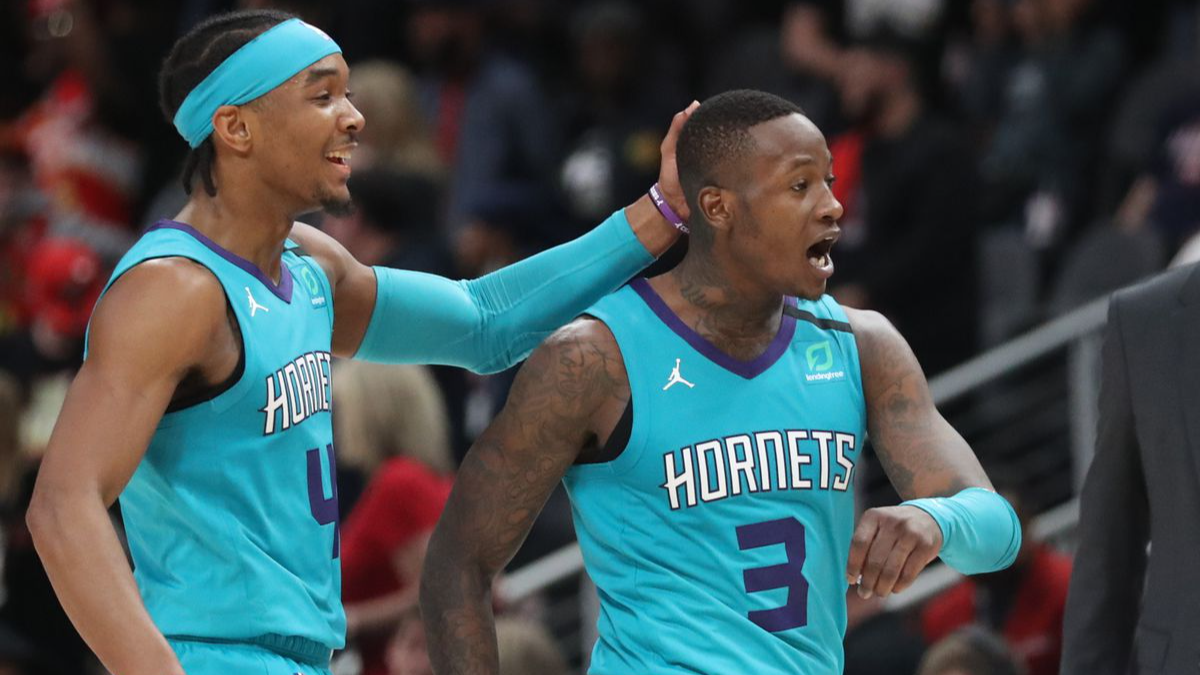 An important game in the race for the #4 seed in the Eastern Conference takes place this afternoon, with a Hawks vs Hornets matchup that tips off at 1:00 pm ET. The Hornets have the edge over the Hawks by .001 heading into this afternoon’s game, and a win will be vital for both teams. The Miami Heat, Boston Celtics, and New York Knicks will all no doubt be looking out for the result of this matchup, as they are all within two games of the fourth seed.

Thanks to some late breaking personnel news, the latest NBA odds (via FanDuel Sportsbook) have the Hornets at -2.5. The Hawks were at -3.5 at one point, but it has been announced that Trae Young will not play today. With Atlanta’s star sidelined, the forecast has shifted significantly.

Last time out, they overcame a monster first half by Zach LaVine, dominating the second half in a 120-108 win over the Chicago Bulls. The Bulls led by 13 at halftime as LaVine poured in 39 points, but the Hawks held him to only 11 second-half points and outscored the Bulls 67-42 in the second half.

The magic number to watch out for today is 35 (percent). When Atlanta allows an opponent to shoot 35 percent or better from three, they are 8-15 SU. When they do not, they are 20-10 SU. Additionally, when an opponent shoots over 40 percent from three, the Hawks are 3-11 SU. The Hornets are ninth in the NBA in three-point shooting, firing in 37.9 percent of their attempts from deep. So this could be a trouble spot for the Hawks.

The Hornets (27-24 SU, 29-21-1 ATS, 25-26 O/U) continue to exceed expectations. This is better than most would have expected them to fare even with LaMelo Ball and Gordon Hayward in the lineup, but their recent success is coming without those two.

In their 10 games without LaMelo Ball, the Hornets are 7-3 SU and 8-2 ATS. It remains to be seen if this success is sustainable, but this point of the season is a fine time to be on a hot streak, especially with NBA playoff standings so tight.

Home success for the Hornets has driven their surge over the last couple of months, as they are 8-2 SU over their last 10 games. This is a somewhat decent spot for them, as they are 9-5 SU and 8-6 ATS as a home underdog.

Speaking of home success, the outside shooting mentioned above has been a factor in that success and could tip the scales today. In their 8-2 SU home stretch, the Hornets have been 35 percent or better from three eight times. The eight times have been in the eight wins. So if the Hornets do indeed have a decent day from outside, it augurs well for their chances of covering, especially with Young absent.

The Hawks vs Hornets matchup is one of ten NBA games on the schedule today. In addition to detailed NBA betting picks, odds, stats, and more for each game, we also have MLB betting matchup pages and NHL betting matchup pages that cover every game every day, to help you make the most informed bets possible.

Here’s a look at the other notable NBA matchups on today’s slate. Strap in, as there is a long day of NBA betting ahead.