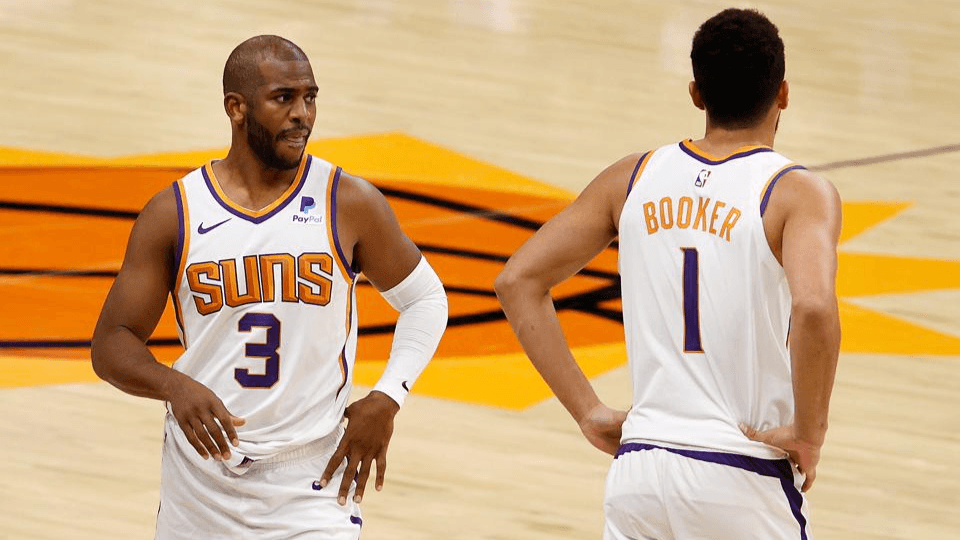 The visitors go into tonight’s Atlanta Hawks vs Phoenix Suns matchup hoping for some success on their West Coast trip, while the hosts have just returned home after some shaky results. The Suns are getting wins even when they are not playing well, which is a great sign for them going forward. Winning games when you are at your best is critical to real success.

Hawks Are Trying to Rise

Atlanta started their current road trip with a win against the wounded Lakers. Since then they are just 1-3. The worst loss was in their most recent game against the Denver Nuggets, which they lost by 22.

The Hawks have an extra-long injury list for tonight. They were already going to have a tough time, but even being competitive might be a challenge without the following – Clint Capela, DeAndre Hunter, Bogdan Bogdanovic, and Danilo Gallinari. Plus newly acquired bench scorer Lou Williams is not confirmed to play with the team either.

At least lead guard Trae Young is not on that list. It might be asking too much for him to beat a good team all on his own, but he will gladly give it a try. It might be fun watching him try to do so.

Phoenix Happy to Be Back Home

The Suns have had some surprising recent results. First, there was a clunker loss against Orlando and then back-to-back games against Toronto where they did not look great, even though they won.

Prior to their overtime win over Charlotte on Sunday, Phoenix had equal SU and ATS records for the season. They have been super profitable this year at 31-14 SU and 30-15 ATS.

Unlike Atlanta, Phoenix is in great health right now, which is just one of the reasons the game has been moving in their favor. They are more experienced, or better, or both, at pretty much every spot on the floor and have great depth too. The trio of Chris Paul, Devin Booker, and DeAndre Ayton might be the best in the West, and the way that the veteran Paul keeps everything organized is impressive. This team is never in a rush.

Also, Phoenix has also become a top ten defensive team this season. Ayton and Mikal Bridges on the wing are really great individual defenders, and the rest of the team is good at keeping guys in front of them and guarding the three-point line.

Phoenix has been 14-6 SU And ATS as a home favorite this season. Given that success, it might be surprising that our consensus NBA picks actually favor the Hawks to cover tonight. They are certainly capable, but it will take 48 strong minutes to stay close with the Suns.