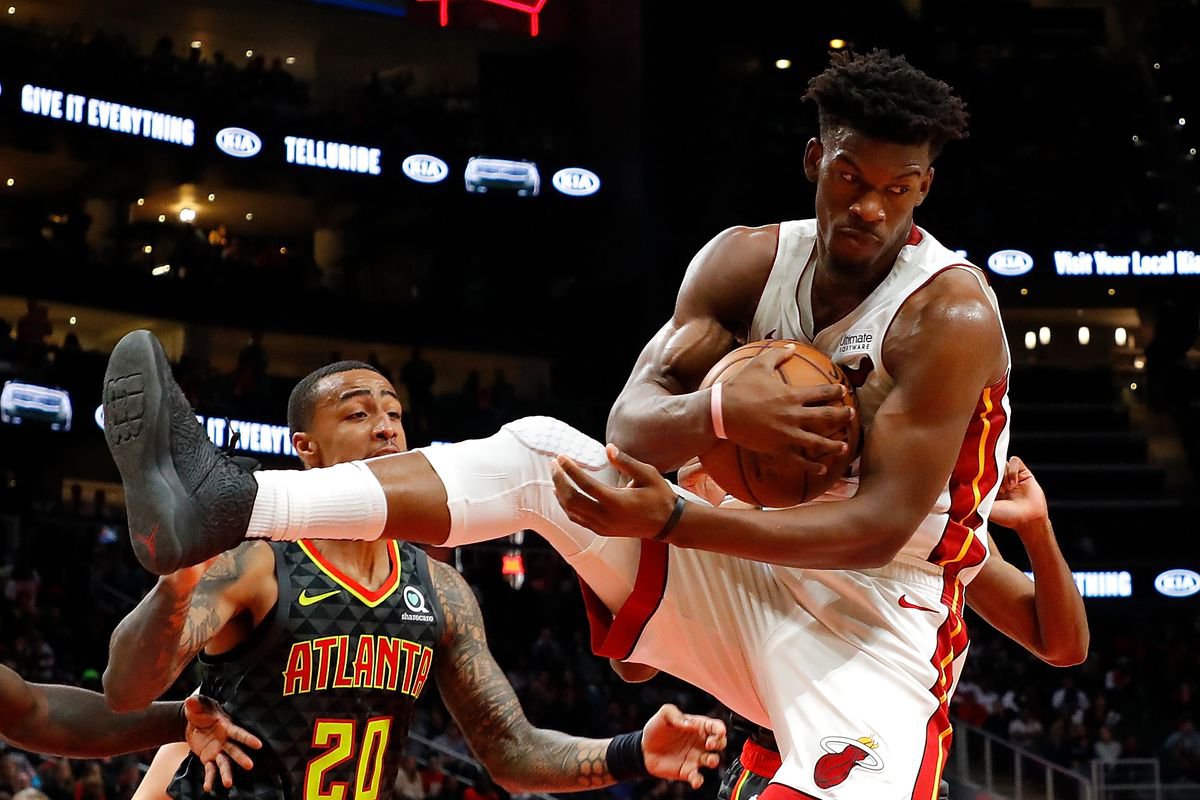 There is a Southeast Division rematch in south Florida tonight, with the second Atlanta Hawks vs Miami Heat showdown in three days. The Miami Heat own the NBA’s best current win streak, having won six in a row. That includes a win two nights ago against the same Hawks. On the other hand, the Hawks have lost eight of their last 11, which led to the firing of coach Lloyd Pierce. Tonight is their first game since his firing, and the Hawks will aim to start turning their season around.

The Miami Heat (17-17) finish off a 4 game home stint as they face the Atlanta Hawks (14-20). In the first matchup on Sunday, the Heat won 109-99 without star Jimmy Butler. Tonight, they will look to extend their impressive winning streak to seven. Miami enters the game as the 3.5-point favorites.

The Heat hope to get Butler back in the lineup, but it is not certain. Butler is officially listed as questionable for tonight after missing Sunday’s game with an aggravated knee. It might be difficult to beat the Hawks twice without their best player, despite Sunday’s double-digit win. Why? The Heat are jut 4-9 without Butler on the floor. With that in mind, Butler’s injury status is something to keep an eye on before making a decision on this game.

The Hawks, meanwhile, have had injury problems of their own. De’Andre Hunter sidelined since the beginning of February, while Cam Reddish is ruled out for tonight. Additionally, Kevin Huerter is dealing with upper back tightness. A limited or absent Huerter would further affect Atlanta’s depth.

In Sunday’s matchup, the Heat limited Young to just 15 points on 3-14 shooting from the field. Young is averaging 26.5 ppg on the season, and it would be unsurprising to see him bounce back from Sunday’s tough outing.

Keep an eye on the injury report and the line for this matchup. Things could shift depending on Jimmy Butler’s status as we get closer to game time. The consensus picks lean towards the Hawks being able to cover the 3.5 points, but they favor the Heat to ultimately pull out the win. You may be able to get some value in this game if you think Trae Young and the Hawks can bounce back and pull out a victory if Jimmy Butler remains sidelined tonight.