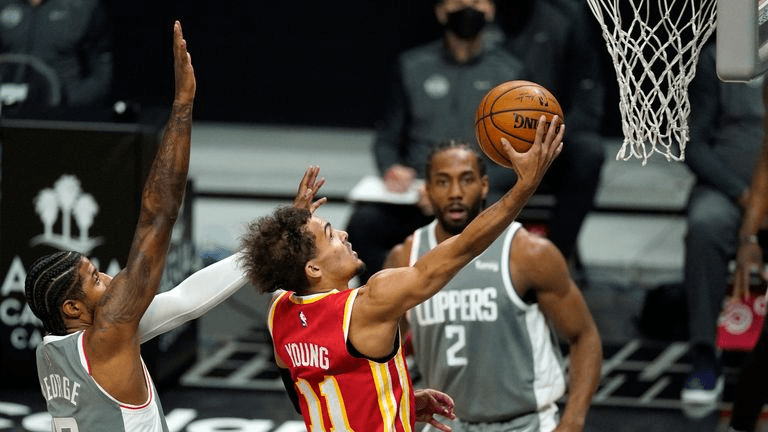 Tonight’s Atlanta Hawks vs Golden State Warriors matchup pits two teams with an equal need to win. Atlanta made a curious move at the deadline bringing in Lou Williams in exchange for Rajon Rondo. The team was rolling under interim coach Nate McMillan, but perhaps a couple of losses caused some reevaluation about personnel needed for the stretch run. Meanwhile, the Warriors jettisoned a couple of spare parts as they try and stay relevant in the Western Conference.

Atlanta was 8-0 out of the chute with McMillan, who replaced Lloyd Pierce earlier this month. Then they lost their two most recent games to the Clippers and the Kings, both on the road.

At the deadline they swapped veteran guards, bringing in scorer Lou Williams and trading away more traditional floor general Rajon Rondo. I love Sweet Lou but I see the fit as being curious. The Hawks have been scoring at a high level, but his addition gives them an established and experienced scorer. They are so young and Clint Capela, another veteran presence, is not going to emerge as a go-to scorer when they need him.

The move may wind up being a positive, but the best thing the Hawks can do is get and stay healthy. DeAndre Hunter is back, and he helps the team in so many ways.

Atlanta is in a good spot with the Warriors dealing with injuries right now.

Golden State Needs to Get Healthy For Second Half Push

This is going to be another game where Steph Curry and Draymond Green are questionable. The Warriors are on the fringe of the Western Conference playoff picture right now, and they are just hoping to tread water until they can put their best team on the floor.

Even though they are not quite healthy, the Warriors did jettison spare parts in Brad Wanamaker and Marquese Chriss. Neither will be missed.

Golden State was whipped by Sacramento last night, falling by 22 points on the road. The Kings scored 141 points against the Warriors, including 44 from speedy guard De’Aaron Fox. That is extremely concerning with the Hawks’ Trae Young coming to town. Young might not be as quick, but he is more savvy with the ball and a much better shooter.

141 points is a bit of an outlier, but Golden State is 22nd in points per game allowed. This team is not strong offensively and just can’t afford to get into fast-paced games when their best weapon, Curry, is on the sidelines.

Golden State is all or nothing as a home underdog this season. They have five upset wins but have not covered in any of their six losses. Our consensus NBA picks back the Warriors to cover at home, but the Hawks are a strong favorite to take the win. After the Warriors gave up 141 points last night, the over is unsurprisingly a popular pick for tonight as well.