Hawks vs Bucks Game 5 Betting Preview: Who’s Out? Who’s In? The Answers Will Determine Which Side to Back 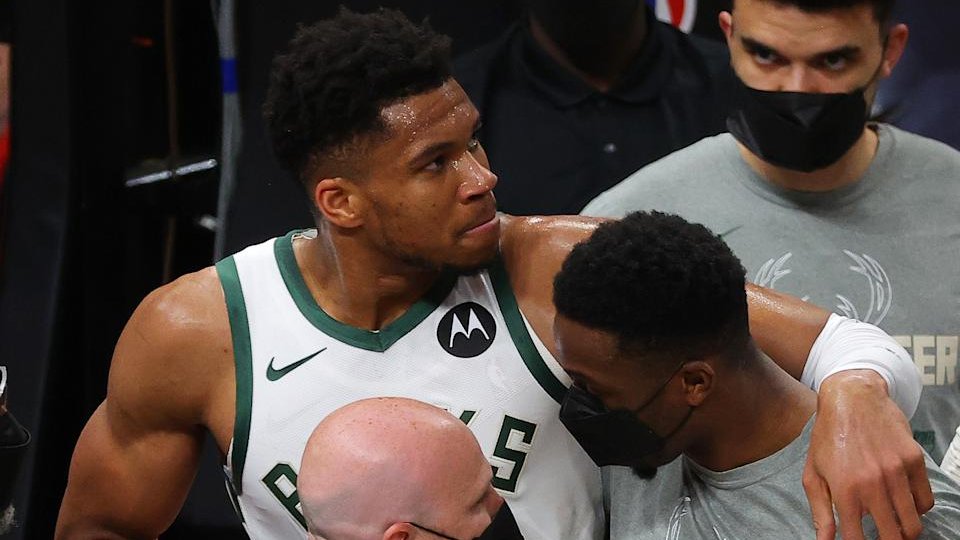 Before Game 4 this series looked pretty much done. Hawks guard Trae Young was hurt and the Bucks were up 2-1, looking like a shoo-in to make the NBA Finals. Milwaukee was even the NBA betting favorite to win it all. Now it looks like anything is possible.

Atlanta got the win they needed to even the series, and with Giannis getting hurt the next few games should be very interesting. It has to go seven games now, right? Injuries happen all the time but I cannot recall an NBA playoff series where the undisputed top players from each team both got hurt as we have seen in this one.

Hawks Look to Take the Lead in the Series

Given he came back on the floor on Game 3 after getting hurt, I was a little surprised that Trae Young did not even suit up on Tuesday. I was not surprised that Lou Williams was able to provide the scoring Young normally does. He has been doing that since he entered the NBA.

Right now Young’s status is still questionable and with the series tied, and Giannis out, there is less urgency to rush him, maybe.

Not to be forgotten is that big man Clint Capela is also questionable for this one. He took a shot to the face late in the game and did not return. What he provides on the court is difficult for the Hawks to replace, although a little less significant if Giannis is not on the court too.

Game 4 saw forward Cam Reddish make a real contribution for the first time in months. His athleticism plays well on defense and he was making some shots. It was a home game though, so let's see if he can do it on the road. That is where role players tend to fade.

Not only did the Hawks win without Young, but forward John Collins was a near-zero too in terms of production. He only made two shots but was a game-high +26. I still think they need to emphasize him more on offense. They need to get him into a rhythm as he can easily score 20 or more in a game.

Young is the engine for the Hawks and one of the NBA’s elite playmakers, but Game 4 showed that his skill set can be replaced. The latest NBA betting odds have the Hawks as underdogs on the road for Game 5. Can they win on the road again?

I guess Giannis is not indestructible, even though he looks like a superhero out there. In the third quarter, the two-time NBA MVP hyperextended his left knee and left the game. He has been ruled out for Game 5, but after initial fears about an ACL injury, it was revealed that there was no structural damage.

Just so we are all on the same page, the Hawks were in control of the game when this happened. Yes, the Bucks were showing signs of life in the third quarter, but Milwaukee was not playing well most of the game before the injury.

With Giannis out, it will be interesting to see where the Bucks go if he isn’t ready. Bobby Portis is probably the best option, but if they want to get the home fans in a frenzy, why not start his brother? Thanasis is obviously not Giannis, but he plays with great energy and whoever they bring is in going to be deferring to Khris Middleton and Jrue Holiday anyway. Starting Thanasis lets them keep the rest of the rotation intact, though after what we saw in Game 4, maybe that needs a shake-up too.

Even with all the uncertainty coming into this game, the Bucks are still small NBA betting favorites at home. My gut is saying they can win without Giannis, though it won’t be easy.