76ers Topple Celtics; Is It 2020 NBA Finals Or Bust For Philadelphia? 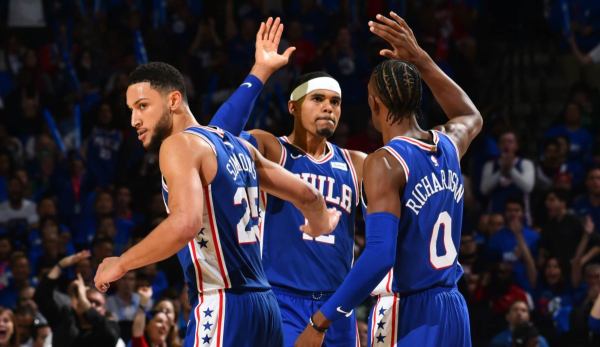 It took four bounces off the rim on a Kawhi Leonard buzzer-beating three-pointer for the 76ers to get knocked out of the playoffs in the second round last season. While Philadelphia went home, the Raptors went on to win the NBA Finals.

With Leonard no longer in Toronto and Philadelphia reloading for another run at the playoffs, what should we be expecting from the 76ers this year?

With a 107-93 victory in a matchup of two of the Eastern Conference’s three favorites on Wednesday night, the 76ers gave us an early glimpse of what this team could look like throughout the season. In short, Philadelphia will be expected to compete for the top seed in the East, and anything short of an NBA Finals appearance could be a total failure.

Philly’s season opener against the Celtics started with a 25-20 first quarter in favor of Boston, but it was all 76ers after that point. By scoring 29, 28, and 30 in each of the final three quarters, Philadelphia cruised to a comfortable victory.

Although Ben Simmons failed to prove his highly anticipated new jump shot is real, he looked unstoppable on the break and in the paint. In addition to nine assists and eight rebounds, Simmons finished the game with a team-high 24 points.

The 76ers showed off their balance, as each of the other four Philadelphia starters scored between 15 and 17 points. Joel Embiid looked as daunting as ever, hauling in 13 rebounds, while Tobias Harris snagged another 15.

This Philadelphia roster already looks comfortable with one another, so we’re left wondering whether or not the 76ers have the best starting five in basketball.

The Beasts Of The East?

While you can’t predict the rest of the season from the season opener, it’s fair to say this 76ers team that was able to easily defeat a good Boston team is likely to be around deep in the playoffs.

But can they stand up to the likes of Giannis Antetokounmpo and the Bucks?

This version of the 76ers has every opportunity to be better than the 2018-19 squad, and the offseason is a big reason why.

Although Jimmy Butler is now on the Miami Heat, the 76ers were able to replace his talents with those of Josh Richardson, who averaged 16.6 points, 4.1 assists, and 3.6 rebounds per game last year.

Philadelphia also stole Al Horford away from Boston, giving them one of the best one-two punches around the rim between Horford and Embiid.

As we already saw in the first game of the season, Embiid and Horford gave Harris, who just signed a new deal, the space to reel in rebound after rebound.

Yet the 76ers will go as far as Embiid and Simmons take them. If Embiid can play near an MVP level and Simmons can prove that he’s capable of making mid-range and three-point shots, Philadelphia offers one of the most complete and talented rosters in the NBA.

Where the Odds Place Philly

We’re now entering an NBA season that appears to be more wide open than any season over the past decade.

In the Western Conference, who’s going to win the battle between the two Los Angeles juggernauts? Will the Jazz take the next step and compete for the conference title? Will James Harden and Russell Westbrook work out in Houston, and do the Warriors have a chance without Kevin Durant and an injured Klay Thompson?

But when it comes to the Eastern Conference, it looks like we’re dealing with a three-team race.

Philadelphia’s victim in the season opener, Boston, has the third-best odds of winning the conference at +674. But while we can’t count the Celtics out, they’re a significant distance away from the top two teams, according to the odds.

On the shoulders of the Greek Freak, Milwaukee is the favorite in the Eastern Conference with odds of +156, and Philadelphia follows closely behind with +234 odds of its own.

After losing to the eventual NBA Finals champs on a Game 7 buzzer-beater, an even-better Philadelphia team will feel like anything less than an NBA Finals appearance is a wasted season.